After 8th try and 20 years, government employee in Bicol now a lawyer 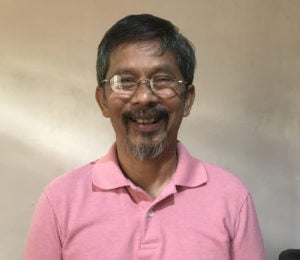 Jaime Guerrero says becoming a lawyer after a string of failures proves that hard work will be rewarded. —CONTRIBUTED PHOTO

On Wednesday, the 58-year-old Guerrero received the good news that he was among the country’s 2,103 new lawyers­—­an achievement made over 20 years of trying to pass the bar exams and of going back to law school for refresher courses while engaged in a full-time job.

He first took the bar exam in 1996 after graduating from the law school of Aquinas University, now the University of Santo Tomas (UST) Legazpi, in this city.

“My grades pushed me to try and try. When I got a rating of 74.85 in a previous exam, I worked harder,” Guerrero said.

Guerrero has the distinction of belonging to the group of new lawyers led by fellow Bicolano and schoolmate Mae Diane Azores, the 2019 law valedictorian of UST-Legaspi and a certified public accountant (CPA), who clinched the top spot among successful bar examinees with a score of 91.0490 percent.

The Rules of Court of the Philippines provides that a bar aspirant may take the exam three times.

“After the third try, you need to take refresher and you can take the exam, then [if you fail again] another refresher,” said lawyer Mary Ailyne Zamora, dean of the UST-Legazpi College of Law.

Guerrero obtained a political science degree from the then Aquinas University in 1986. He is now a senior health program officer at the Department of Health regional office in Bicol.

He has five children, now all working adults. “When I first took the bar, they were still young. But this time, they were the ones who financed my [refresher] schooling,” he said.

He enrolled in special classes in 2017 and 2019 in UST-Legazpi and followed the advice of some lawyers to stay focused and practice answering previous bar questions.

Guerrero said he was even ignored by a noted law dean for an online coaching program that he applied for. The dean had known he repeatedly failed the exams. But he persisted. “It’s never too late for me. If you don’t even try, you will never succeed,” he said.

Azores made sure that everything she had done would lead her to her dream of becoming a lawyer. “In our high school yearbook, I wrote that my dream was to become a CPA lawyer,” she said. 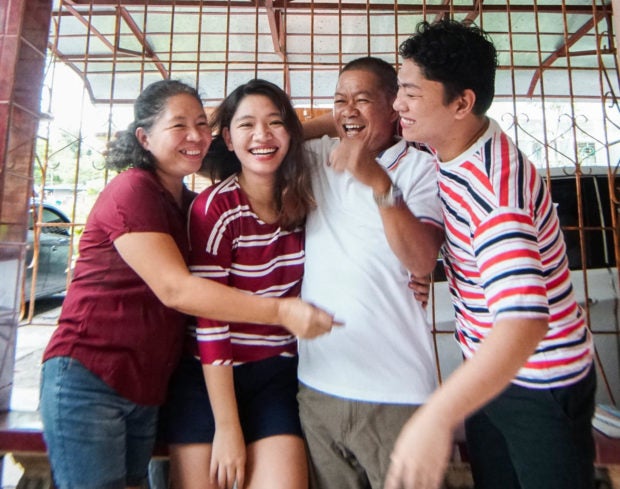 Mae Diane Azores (second from left) celebrates with her family after learning that she topped the 2019 bar examinations. Guerrero and Azores are products of the University of Santo Tomas in Legazpi City. —CONTRIBUTED PHOTO

“I researched on how to become a topnotcher. I watched videos and interviews and looked for the common denominator [of achievers],” she said.

She also put several inspirational quotes and Bible verses in her room to keep her inspired and motivated.

“I prayed to God that I’ll be a topnotcher, if it is according His will. I asked to be at least in the top eight [passers] because No. 8 represents Mama Mary,” she said.

She wrote “Top 8” at the back of her duplicate ID picture for the exams, including her notes and other files.

“I’m happy that I fulfilled my mother’s dream and my own childhood dream,” Azores said. INQ

Read Next
‘Is my dad alive?’: Outrage as deaths mount at veterans home
EDITORS' PICK
Beyond the Chocolate Hills: A farm-to-table, heritage culinary adventure of Bohol
MyCitiHomes premiers PH’s first 3-star certified BERDE District residential development
‘Crash Landing on You’ couple confirms pregnancy
Enrile contracts COVID-19: ‘To my critics and enemies, I am not going to die yet’
Metro Manila’s COVID-19 positivity rate jumps from 3.9% to 5.9% — OCTA
House energy committee chair Arroyo bats for cheap electricity
MOST READ
Enrile contracts COVID and snipes at critics, foes: ‘I am not going to die yet’
Duterte: It was correct for Bongbong Marcos to ‘decline’ presidential debates
Russia steps up missile strikes on Ukraine as G7 leaders gather
PH firm partners with US corporation to set up weapons assembly in Bataan
Don't miss out on the latest news and information.