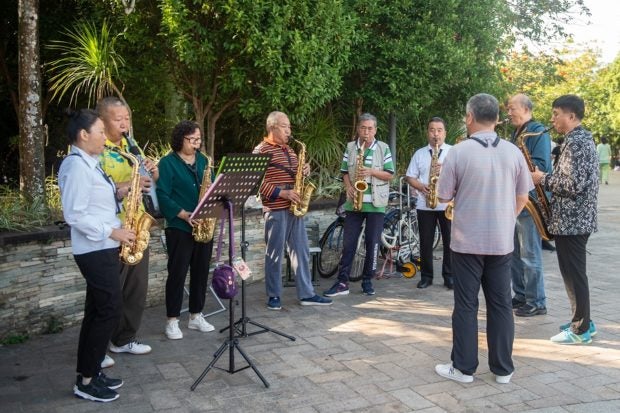 BEIJING — Officials have been discussing how to deal with the rapid aging of China’s population since 1999, when the country became an aged society by global standards－with people age 60 and older comprising 10 percent of the population－but the overall plan remained unclear.

The Medium and Long-Term National Plan for Aging, a guideline published recently by the central authorities, has changed that.

Considered a landmark in dealing with aging issues, it details for the first time how the government plans to cope with mounting demographic stress in the coming decades.

Jointly issued by the Central Committee of the Communist Party of China and the State Council, China’s Cabinet, the guideline includes a timetable for reform in a wide range of areas, including social security, employment policies and the social services sector, all with the rapidly graying population in mind.

Experts said the document is a critical development in the formulation of aging policies because it details moves to be taken up to the middle of the century.

The moves would help to assuage anxiety about the shrinking workforce, its effect on economic growth and the solvency of the pension fund system, upon which retirees are heavily dependent.

The bottom-line requirements listed for 2035 and 2050 will make it possible for the central authorities to oversee developments and push the policy through, they added.

The policy presents an overall vision of the ultimate goal－that by 2050, a year after the centenary of the People’s Republic of China, the country will be able to support its senior citizens with sufficient income, human capital, innovative technologies, healthcare and other services.

The guideline to medium-and long-term planning for dealing with an aged society requires government departments to work together on the overall design of a policy network before 2022. The network is expected to become more efficient by 2035 and fully mature by 2050, it said.

The plan calls for measures to improve the health of newborns, develop vocational education for seniors and expand the reservoir of social wealth, with the aim of bolstering the workforce and funding a resilient social security system for an aged society.

It also urges developments in disease prevention and restorative and palliative care services, and reiterates pledges to improve the legal environment to protect seniors’ rights.

The document designates senior officials at all levels to spearhead the reforms, adding that pilot zones should be created in areas grappling with particularly acute demographic challenges to test reforms.

The requirements come as China prepares countermeasures aimed at reining in the downside of the explosive growth of the elderly population, most notably the shrinking number of contributors to the pension fund and higher labor costs.

At the end of 2018, there were 249 million people age 60 and older in the country, according to the China National Working Commission on Aging. That made China the only country with an aged population of more than 200 million.

That number is projected to reach 300 million by 2025 and peak at 487 million in 2053, when around one in three people in China will be older than 60, the commission said.

The scale and speed of aging has fueled concerns that having to cover so many retirees could put the country’s pension system under strain.

That is especially troubling in provinces in the northeastern rust belt, which are home to large numbers of retirees from mothballed State-owned businesses, and in the western regions, which have witnessed an exodus of young workers.

Du Peng, vice-president of Renmin University of China and an expert on aging, said one crucial value of the guideline lies in its ability to ease such fears.

“The guideline shows that the authorities are doing things on that front,” he said. “Aging is a byproduct of development, as is the case in the West. It’s high time we made adjustments to our policies with a changing demographic in mind.”

Nie Riming, a researcher with the Shanghai Institute of Finance and Law, a public policy think tank, said the guideline deserves praise for attempting to address a key question on aging－how China can afford the monetary and human costs of supporting the elderly.

However, he said the task is challenging, given the speed at which society is aging and the social security gap between urban and rural areas.

“The solution is far more complicated than just channeling money between regions,” he said, referring to a temporary mechanism created in 2018 that helps direct money from provinces with large pension balances to areas with serious deficits.

Nie said efforts should be made to ensure equitable treatment of urban and rural residents, as well as members of different generations.

That is because today’s young people face the prospect of receiving much smaller pensions, despite being burdened with high contribution rates.