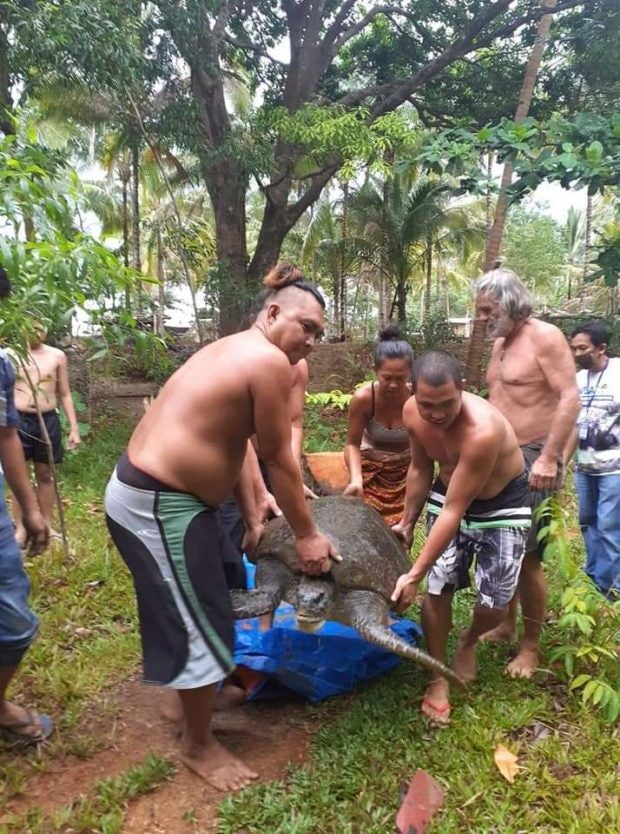 The sea turtle, which weighed 130 kilograms, was found on Nagtabon Beach at the village of Bacungan, according to the Palawan Council for Sustainable Development (PCSD) in a statement.

The turtle’s beaching was reported by resort owner Christian Kattinger.

The turtle was returned to the sea by volunteers and local environment officials.