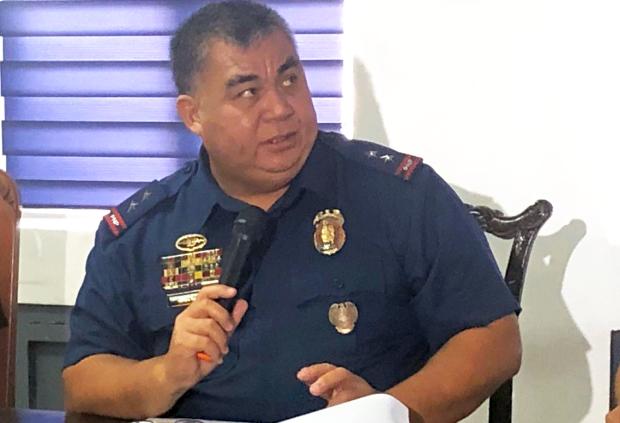 MANILA, Philippines — The leadership of the Metro Manila police has encouraged lawmen to take videos while they are enforcing lockdown protocols as evidence for filing complaints against violators of enhanced community quarantine rules.

(For NCRPO, this is really an issue, we do not have body cameras. We encourage our police, their buddies if they can take a video of the scenario using cellphones if needed so that we can have it as evidence just like what happened in Dasma.)

On Sunday, April 26, Police Senior Master Sergeant Roland Von Madrona attempted to arrest Spanish national Javier Parra in the front yard of the foreigner’s own home at Dasma Village during an altercation over the failure of Parra’s housemaid to wear a face mask while watering plants outside of their home.

However, in a video taken by Parra’s wife, the lawman was seen tackling Parra to the ground as he tried to subdue the foreigner. Parra, however, managed to elude arrest after dashing inside his house.

Another video of the incident from the police officer showed that Madrona was being calm and polite while talking to Parra until the homeowner started cursing at the policeman.

The Philippine National Police (PNP) previously announced that delivery of some 2,000 body cameras will be delayed due to travel restrictions imposed under the enhanced community quarantine.