MANILA, Philippines — Allowing the resumption of the operations of Philippine offshore gaming operators (POGO) amid the extended enhanced community quarantine (ECQ) in key regions due to the novel coronavirus crisis would send an ugly message to the public, Vice President Leni Robredo said Monday. 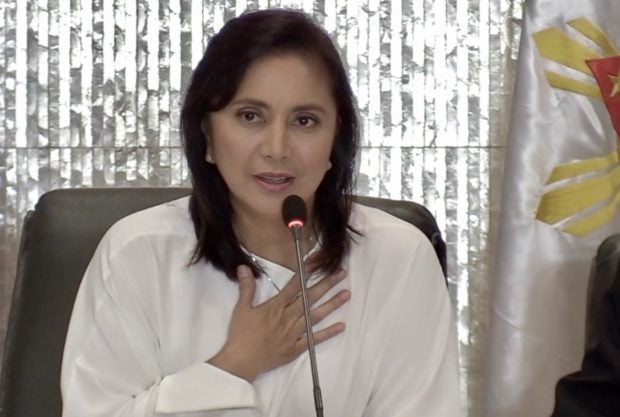 (It would send an ugly message that we are allowing them to open first over businesses that employ Filipinos because that is the wish of many of our  businessmen and employees.)

ACT-CIS party-list Rep. Eric Go Yap, who chairs the House appropriations committee, earlier asked the Philippine Amusement and Gaming Corp. (Pagcor) to allow resumption of the operations of Pogos, saying that revenues from the industry would help the national government combat the health crisis.

“Kung binabawalan natin yang mga para sa Pilipino, bakit bibigyan sila ng parang privilege na magbukas agad? (If we are not allowing Filipinos to resume operations yet, then why would we give Pogos the privilege to open right away?)” she added.

Robredo explained that Senate hearings conducted on the alleged illegal activities related to the Pogo industry have shown that Pogos have very little contribution to the country’s domestic economy.

(It is unfortunate because even before the pandemic, we have had several discussions on this. We know that there are a lot of irregularities. The social cost because of the proliferation of Pogo is really huge.)

In an earlier interview with INQUIRER.net, Yap explained that he only made the recommendation due to the P500 million revenues from the industry that could help poor Filipino families during the pandemic.

Pagcor suspended POGO operations in Luzon in compliance with the ECQ imposed to prevent the spread of the coronavirus disease 2019  (COVID-19).

Over the weekend, however, arrested 44 Chinese nationals and nine Filipinos for illegal POGO operations in Parañaque City despite the suspension.

Robredo said that the arrest would send a “big message” to the public that everyone is covered by the quarantine protocols.

(This is a huge message that we are more strict on them. We see that a lot of people on social media ask why they are being favored over Filipinos. This is a message.)

The Vice President said that those arrested should be held accountable and should be deported, if warranted.

(If there are grounds for deportation, then they should be deported. They violated the law. If the grounds require them to be jailed or deported, it should be done. It is a message not only to them but to Filipinos as well that there are no sacred cows here.)