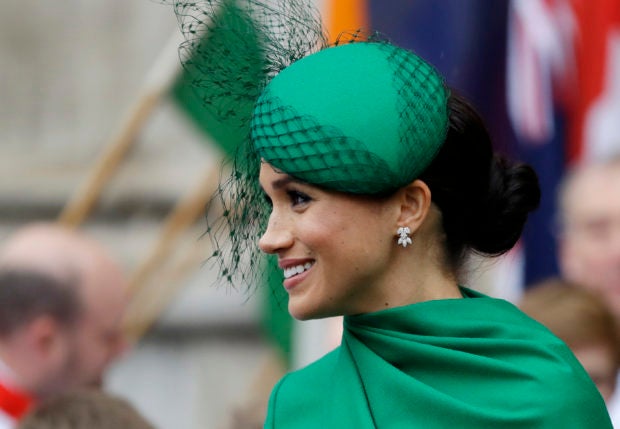 Meghan Markle, the Duchess of Sussex, receives flowers as she leaves after attending the annual Commonwealth Day service at Westminster Abbey in London. Image: AP/Kirsty Wigglesworth

A British newspaper publisher fought back against the Duchess of Sussex at a court hearing Friday, rejecting allegations that it deliberately stoked a dispute between Meghan and her father and asking for the claim to be struck from her lawsuit against the company.

The preliminary hearing at Britain’s High Court was the first stage of Meghan’s legal action against the Daily Mail on Sunday and its parent company, Associated Newspapers, for publishing what she describes as a “private and confidential” letter to her father in August 2018.

The company denies legal wrong-doing, and its lawyers argued that the specific claims of “dishonesty and malicious intent” should not be part of the case.

Meghan and her husband, Prince Harry, were expected to listen in to the part of the hearing argued by her lawyers.

The duchess’s lawyer, David Sherborne, said during Friday’s hearing that the publisher “disclosed to the whole world the detailed contents of a private letter of a daughter to her father.”

Sherborne said Associated Newspapers had “harassed” Megan’s father, Thomas Markle, manipulated him into giving interviews and taken other actions for the purpose of “stirring up” a dispute between Markle and his famous daughter.

A lawyer representing the publishing company, Anthony White, said in court papers that Meghan’s lawsuit alleged “seriously improper” and deliberate conduct “to the effect that the defendant’s motive was to seek to manufacture or stoke a family dispute for the sake of having a good story or stories to publish.”

White asked the judge to strike the claim ahead of a full trial in the case, arguing that the publisher’s motivation was “irrelevant to the claim for misuse of private information.”

The lawyer also rejected Meghan’s allegation that the publisher “acted dishonestly” when deciding which parts of her letter to publish.

He had been due to walk Meghan down the aisle at her and Harry’s May 2018 wedding but pulled out at the last minute, citing heart problems. The former television lighting director has given occasional interviews to the media, complaining in December 2018 that he’d been “ghosted” by his daughter after the wedding.

The letter Meghan wrote him was penned three months after the royal wedding at Windsor Castle.

Analysts have compared the legal case to a lawsuit brought by Harry’s mother, the late Princess Diana, over photographs showing her exercising on gym equipment. The case was settled before it was heard in court.

Harry has long had a difficult relationship with the press. When he and Meghan announced the legal action over the letter, he accused some newspapers of conducting a “ruthless campaign” against his wife and compared it to the press treatment of his mother, who died in a Paris car crash being chased by paparazzi in 1997.

Earlier this week, the couple made public a strongly worded letter they had written to several British tabloid newspapers stating they would no longer cooperate with the publications because of what they called “distorted, false or invasive” stories.

They wrote in the letter they were unwilling to “offer themselves up as currency for an economy of [clickbait] and distortion.”

Harry and Meghan announced in January they were quitting as senior royals, seeking financial independence and moving to North America. Their plan became official at the end of March. RGA

Harry and Meghan say they won’t cooperate with UK tabloids