Coping with crisis, the Cordillera way 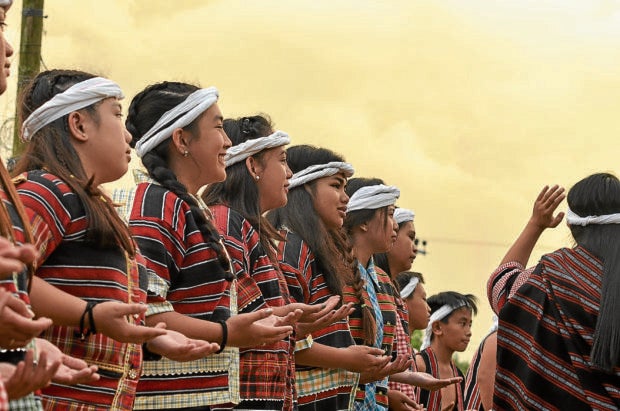 CULTURAL TRAINING Young Ibaloy learn from their elders their history, traditions and values, which they are expected to pass down to their children and grandchildren. This is what keeps the Ibaloy culture alive in modern Benguet province and Baguio City. —PHOTOS BY KARLSTON LAPNITEN

PARACELIS, Mountain Province, Philippines —The government-imposed lockdown across Luzon to arrest the spread of the new coronavirus disease (COVID-19) has activated age-old amelioration practices in the Cordillera.

Fear of diseases was one of the reasons many cultures in the region had suppressed attempts at colonial rule, according to history professor Raymundo Rovillos, chancellor of the University of the Philippines (UP) Baguio.

“Cordillera villages resisted Spanish conquest partly, or largely because they didn’t want to be infected by ‘lowland diseases.’ So they asserted their independence and relative isolation,” Rovillos said.

The book, “The Discovery of the Igorots,” by William Henry Scott, has an account about a smallpox outbreak in four Cagayan Valley towns in 1786, which led to a famine because there were only a few survivors who did farming. “This crisis prompted some Christianized residents to flee to the mountains and escape enslavement to Spanish benefits,” Scott said.

In Benguet province, the Ibaloy have accounts about “kulida,” apparently a reference to a cholera outbreak, concerning a man who buried a neighbor in the morning, and who died and was buried in the evening, said Zenaida Hamada-Pawid, former chair of the National Commission on Indigenous Peoples.

All these events taught the indigenous peoples to rely on their communities for support, said Pawid, a retired history professor.

That interdependence subscribes to a principle that “nan tago ya umiili” (people and community) must be the priority over self, she said, adding that this belief had links to cultural traditions and rituals that were still performed today.

Many Cordillera practices have been enforced since the first transmission of COVID-19 was recorded in the country.

A group of Ifugao volunteers that was organized online has been distributing relief goods and cash to over 1,000 Cordillerans who have been stranded in provinces as far as Cebu province.

As of April 23, the “Ifugao Baddangan for the Stranded” had raised more than P1 million for employees and students who were unable to return home and who had lost their jobs due to work and travel restrictions.

“Baddangan” refers to the cultural obligation of Ifugao residents to help members of the community who are reeling from a crisis.

“Work migrants, especially the younger ones, are the most vulnerable since the villages, cities or towns where they are located don’t see them as priorities in relief distribution,” said Manila-based Armand Camhol, who is from Kiangan town.

Camhol, a researcher of the UP Population Institute, launched on March 22 a Facebook group chat with a handful of Ifugao professionals to discuss how best to help stranded workers in Metro Manila. They resolved to gather donations so they could also help fellow Ifugao who were dealing with the same predicament in the provinces.

When word of the baddangan spread online, almost a hundred Ifugao folk responded with cash donations, a significant number coming from overseas.

In Benguet, a similar cooperative tradition, called “binnadang” by the Kankanaey, has sparked relief operations and at the same time helped check the low prices of vegetables grown in the province.

Since April 1, a group of volunteers has been helping farmers earn more, or “at least breakeven” by selling their vegetables at a set price of P10 a kilo.

“We have been taught by our elders the binnadang or ‘innatang’ and we wanted to exemplify the value of that culture to inspire others to do the same,” said Vice Gov. Johnny Waguis, whose volunteer group called Movement for Farmers helped facilitate the trade.

Waguis said that when the farmers learned it was for a worthy cause, many of them followed the arrangement even when market prices rose at the trading posts in La Trinidad, the province’s capital.

Other farmers simply donated tons of their produce, he added. 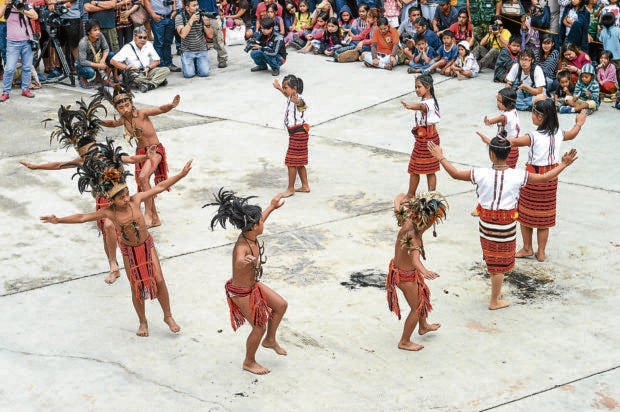 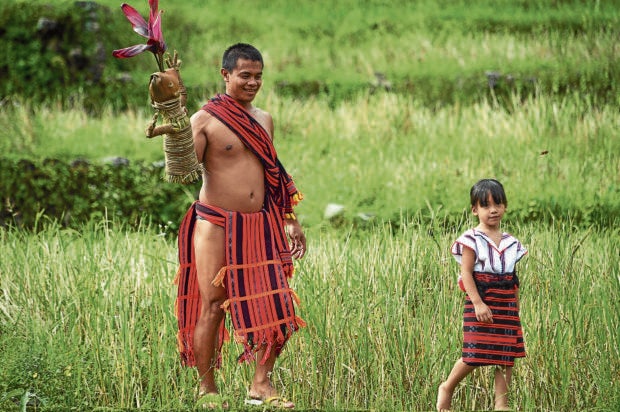 SENSE OF COMMUNITY Ifugaos continue to observe traditional practices, whether through community festivals like Banaue town’s “Imbayah,” (top) which celebrates the rice harvests and the rice wine (bayah), or by following farming rituals in communities cultivating Ifugao’s centuries-old rice terraces.

Some vegetables were also bought and donated to a community kitchen operated by a La Trinidad entrepreneur, Elmer Macalingay. The kitchen cooked at least a thousand meals a day for front-line workers.

“That is the essence the binnadang culture we hope the younger generation will continue,” Waguis said.

In the town of Sadanga, Mountain Province, the local government waived its food relief allocation to benefit the “less fortunate in other areas who can’t sustain themselves.”

Sadanga Mayor Gabino Ganggangan on March 30 instructed the town’s social welfare officer not to avail of the food packs sent by the Department of Social Welfare and Development “even if the lockdown would be extended.”

“It’s not that we don’t have poor and needy families, but we, as tribal communities, still have and should sustain our built-in and homegrown indigenous social structure, values and practice of taking care of our relatives, neighbors, ‘kailyan’ (townmates) in distress during hard times or economic crisis,” Ganggangan said in a social media post.

In times of economic crisis, such as food shortages or famine, rich clans are expected to lend their surpluses, he said.

Ganggangan said the local government could request the “kadangyan” (rich families) in every village to open their “agamang” (rice granaries) and feed their neighbors.

In the Cordillera, Mountain Province remained free of COVID-19 as of April 25, along with Apayao and Kalinga.

Local officials in these provinces have been restricting the movement of their residents and are among the first to establish quarantine checkpoints and isolation areas for probable COVID-19 cases.

But Mountain Province Gov. Bonifacio Lacwasan Jr. said the stringent imposition of “tengao” (indigenous lockdown) in their communities had helped the province maintain its virus-free status.

Lacwasan said when tengao was invoked, no one can enter or leave the community for a certain period, as deemed necessary by the council of elders.

Various towns in Kalinga and Benguet have also invoked this indigenous lockdown locally known to them as “te-er,” “to-or,” “sedey,” “far-e,” “ubaya,” or “tungro.”

Cordillera townsfolk still adhere to the collective advice of the elders out of respect and of fear of the “inayan,” which is the cultural equivalent of karma, Lacwasan said.

“The fear of violating the inayan, which provokes harmful future events in one’s life, has long been key to survival, and peace and order in the communities,” said Dr. Penelope Domogo, provincial health officer.

Domogo said inayan was not a superstitious belief but wisdom inherited from ancestors as means of keeping harmony within indigenous villages and their relationship with nature.

Read Next
COVID-19 reinforces an economist’s warnings about inequality
EDITORS' PICK
Kalinga, Ifugao, Mt. Province, N. Samar will be under Alert Level 4 from Jan 21-31
Gear up and get ready to play with Yamaha Mio Gear
Mobile COVID-19 vaccination for commuters, transport workers set at PITX
Acer starts the year off strong with the Aspire Vero National Geographic Edition
Municipal court in Pangasinan sets arraignment for ‘Lolo Narding’
31,173 new COVID-19 cases push PH’s active tally to 275,364
MOST READ
Imelda Marcos trends on Twitter after octogenarian jailed for allegedly stealing mangoes
SSS: Members on home quarantine due to COVID-19 can apply for sickness benefit
Villar backs implementation of EDSA decongestion blueprint
Help pours in for octogenarian jailed for ‘stealing’ mangoes in Pangasinan
Don't miss out on the latest news and information.