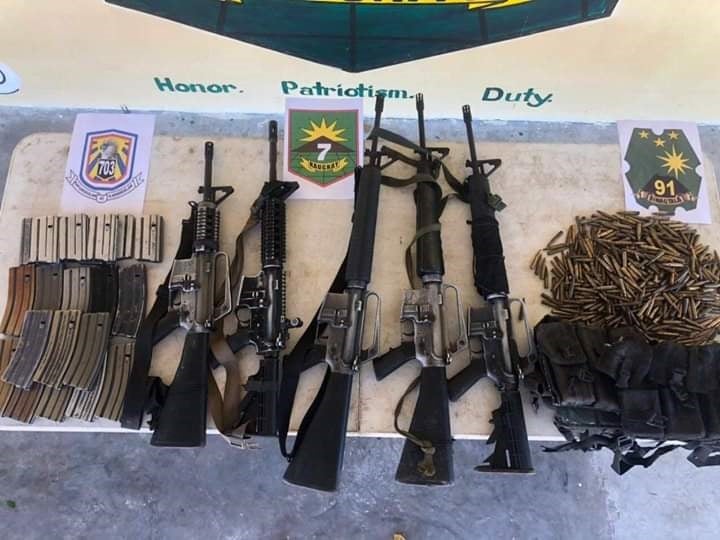 Pursuit operations by the 91st Infantry Battalion in Barangay Diaat yielded four M-16 rifles, an M-653 Armalite rifle, 245 rounds of ammunition, and 17 magazines for M-16, according to the 7th Infantry Division based in Fort Magsaysay, Nueva Ecija.

In a statement, Lt. Col. Reandrew Rubio, commander of the 91st IB, on Saturday said the recovery of firearms was based on tips of civilians.

Two soldiers were killed while three of their companions were wounded when NPA rebels attacked the government troops securing personnel of the Department of Social Welfare and Development who were distributing cash aid to residents at Barangay Diaat in Maria Aurora, Aurora province, also on April 21.