South Africa to begin phased relaxation of lockdown on May 1

JOHANNESBURG  — South Africa, with the most confirmed cases of COVID-19 in Africa, will start a phased easing of its strict lockdown measures on May 1, although its numbers of the disease continue to rise. 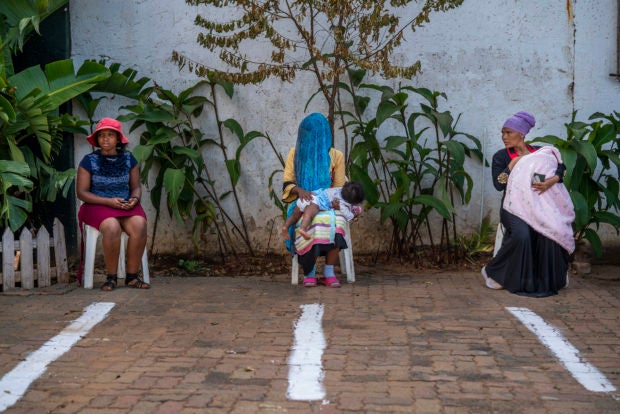 President Cyril Ramaphosa said Thursday night that the country will begin a gradual reduction of restrictions, based on the number of cases that are discovered by widespread testing.

Fireworks, cheers and the blowing of vuvuzela horns greeted the news across Johannesburg, especially the highrise Hillbrow district.

The reduction of restrictions will allow many industries and businesses to reopen under strict precautions, including having as many employees as possible work from home, said the president.

All people will should wear face masks to combat the spread of the virus, said Ramaphosa, who produced a colorful fabric mask and put it on when he finished his nationally broadcast address.

“We will implement a risk-adjusted strategy through which we take a deliberate and cautious approach to the easing of current lockdown restrictions,” said Ramaphosa.

All businesses permitted to resume operations must do so in a phased manner, first preparing the workplace for a return to operations, followed by the return of the workforce in batches of no more than one-third, he said.

However, most restrictions aimed at containing the virus and limiting transmissions will remain in place. These include the ban on local and international travel, except for the repatriation of South Africans who are still stuck abroad.

Other relaxations include permission for people to exercise outdoors. The easing will be done in five phases, determined by the number of cases from community testing and the numbers of people hospitalized, said the president.

“We cannot take action today that we will deeply regret tomorrow. We must avoid a rushed reopening that could risk a spread, which would need to be followed by another hard lockdown, as has happened in other countries,” he said.

Earlier this week, Ramaphosa announced a $26 billion socio-economic relief package meant to soften the economic blow being felt by the country’s 57 million people and businesses.

This includes a special increase in social grants to the more than 16 million who rely on the monthly payments and cash transfers to the unemployed.

Ramaphosa confirmed that 70,000 members of the South African army have been deployed to help enforce the restrictions and to carry out community development work, including helping to provide water, make infrastructural improvements, assist hospitals and medical workers.

The number of South Africa’s confirmed cases rose sharply Thursday by 318 to more than 3,900, with 75 deaths. The country’s biggest daily increase in recent weeks was announced as it increases mass testing in communities.

South African health workers have screened more than 3.6 million people and conducted more than 143,500 tests. Nearly 10,000 of those tests were carried out in the last 24 hours, according to Minister of Health Zweli Mkhize.

“We are observing a steady increase in the number of positive cases. While this concerns us, we are also pleased that the intensified community screening and testing campaign is assisting in finding more COVID-19 positive patients,” said Mkhize in a statement.

The Western Cape province, which includes the city of Cape Town, has surpassed the country’s economic hub of Gauteng, including the largest city Johannesburg, as the country’s epicenter of the virus with 1,279 cases.

“A further analysis is being done as we are observing outbreak clusters in the Western Cape. This means that a large number of people who operate and interact in the same area are testing positive,” said Mkhize.