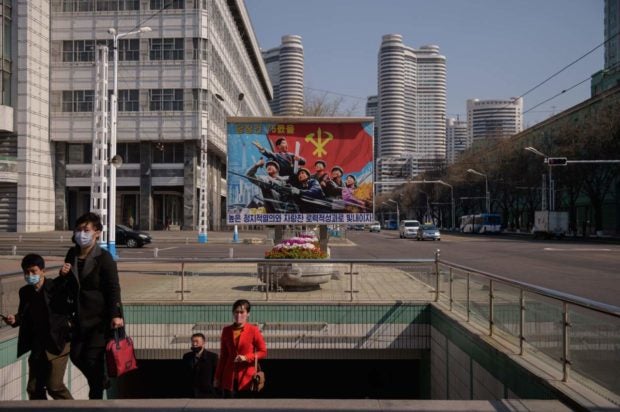 Speculation about Kim’s health problems spiked after CNN reported earlier this week that the US has intelligence that Kim is in “grave danger” after a surgery. South Korean officials have rejected the speculation, saying no unusual signs have been detected that suggest something may be wrong with Kim’s health.

On Thursday, the unification ministry also said nothing unusual appears to be going on in the North.

“No unusual signs have been detected … we are monitoring North Korean media and we have seen exchanges of letters between leaders, congratulatory and other birthday events,” the ministry official said.

The official was referring to North Korean media reports that the country has sent congratulatory messages to several countries, including one to Syria on Friday, Zimbabwe on Saturday and Cuba on Monday.

On Wednesday, Kim also sent a thank-you message to Syrian President Bashar al-Assad for congratulating him on the anniversary of his late grandfather and national founder Kim Il-sung’s birth last week, according to state media.

“Such examples show that usual activities are being carried out,” the official said.

Kim was last seen in state media on April 11 presiding over a political bureau meeting of the ruling Workers’ Party, calling for strict measures against the coronavirus.

But his absence from a key ceremony commemorating the 108th birth anniversary of his late grandfather and state founder Kim Il-sung on April 15 has sparked speculation on his health.