Cat blinded after being hit on the head; owner calls for animal cruelty awareness 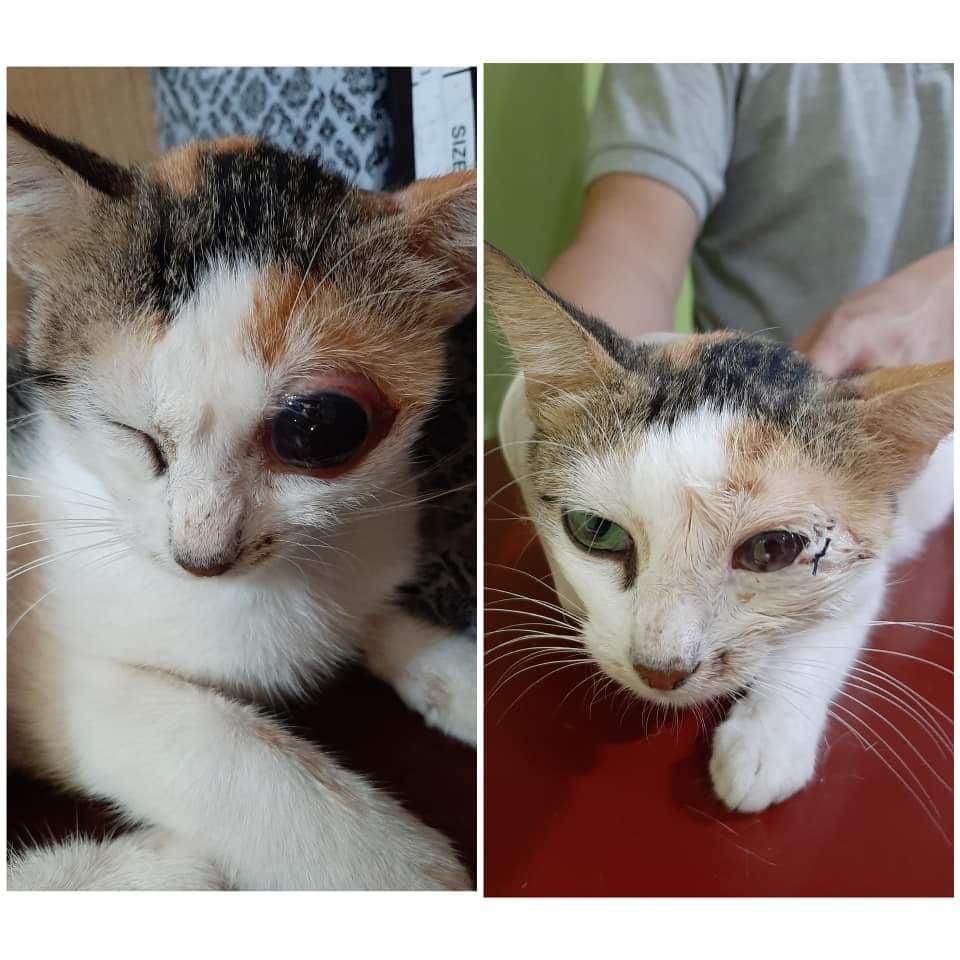 Mingming before (left) and after (right) surgery. (Photo courtesy of Niña Balgos)

MANILA, Philippines—A cat owner is calling for animal cruelty awareness after her cat went blind on one eye following an assault by her neighbor (name withheld), who whacked the cat on the head with a piece of wood.

The neighbor, who is in his 20s, on Sunday attacked the cat, Mingming, after the pet allegedly jumped on him while he was sleeping, the attacker’s mother explained to the owner Niña Balgos.

(When he went outside of their house and saw Mingming, he hit her once on the head. The houses are cramped together so our cat can reach my neighbor’s house.)

(On Sunday, April 19 at around 5 p.m., we were sleeping inside our home when my aunt knocked on our door, carrying the cat with one eye protruding and was not moving. According to my cousin, he saw how the cat was hit with a four-cornered piece of wood. The cat jumped in shock and writhed in pain. She did not move for several minutes, which is why my aunt brought her to us.)

Balgos said they tried to feed the cat with milk using a dropper, but would refuse to eat. Mingming, however, was still able to breastfeed her five kittens that night.

Balgos has since sent Mingming to a veterinarian for treatment. The pet underwent surgery to have her left eye returned to its proper place, albeit being totally damaged due to the assault.

After her Facebook post of the incident went viral, Balgos said she has been receiving tips, cash and food aid, as well as well-wishes for Mingming. The cat is now recovering and is, fortunately, doing well, Balgos noted. 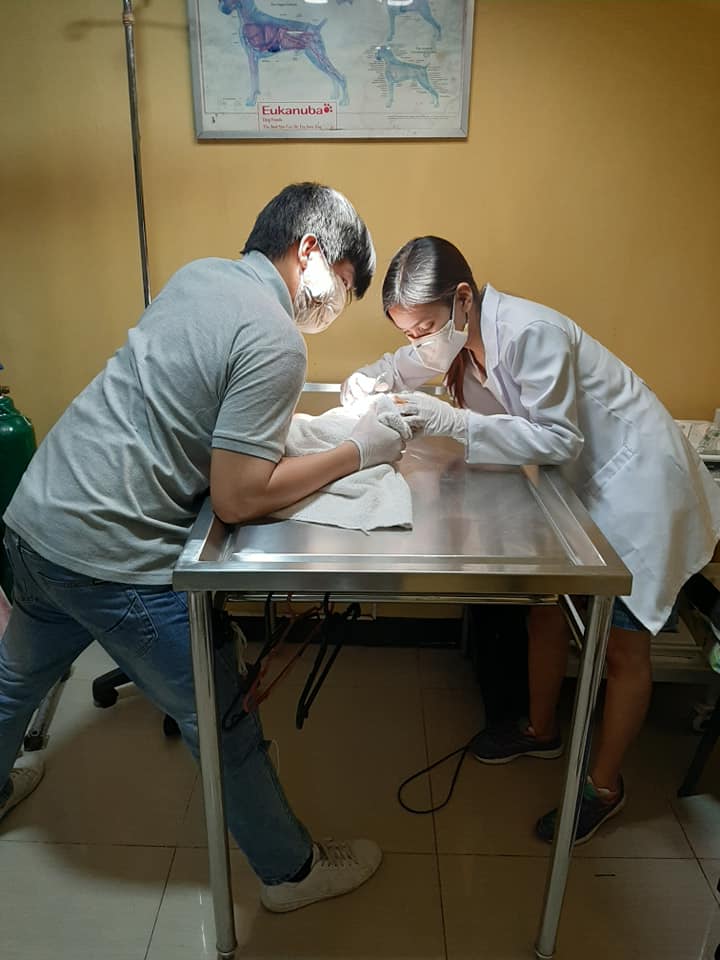 A day after the incident, Balgos filed a blotter report to the local authorities of Barangay Old Balara in Quezon City. The police, meanwhile, advised Balgos to settle the case at the barangay level first before filing a police incident report.
The cat owner noted, however, that if the case will not be settled at the barangay, she will file an animal cruelty case against the neighbor with the help of Marquez.

According to RA 8485 or the Animal Welfare Act of 1998, as amended by RA 10631, the violation of the law including, among others, torture, neglect and maltreatment of animals is punishable by imprisonment of four years to six years and/or a fine of P30,000.