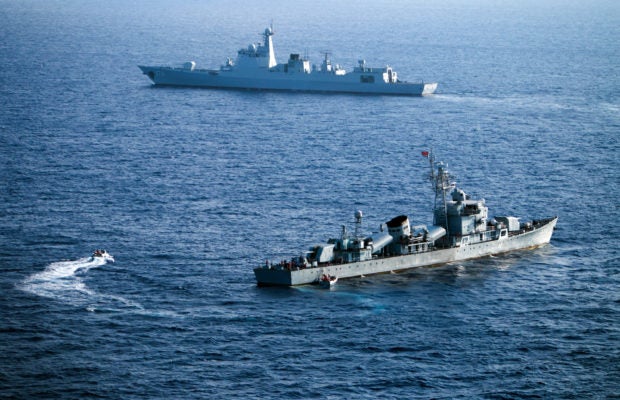 This photo taken on May 5, 2016 shows crew members of China’s South Sea Fleet taking part in a drill in the Xisha Islands, or the Paracel Islands in the South China Sea. – Beijing claims sovereignty over almost the whole of the South China Sea, on the basis of a segmented line that first appeared on Chinese maps in the 1940s, pitting it against several neighbors. (Photo by STR / AFP FILE)

BEIJING — China on Tuesday defended its naming of 80 islands and other geographical features in the South China Sea in a move likely to anger neighbors as the country asserts its territorial claims.

A joint announcement of the names on Sunday from the Ministry of Natural Resources and the Ministry of Civil Affairs came a day after China established new administrative districts for the contested Spratly and Paracel island chains.

The notice listed the Chinese names and coordinates of 80 islands, reefs, seamounts, shoals and ridges, 55 of them submerged in water.

China last released such a list in 1983 when it named 287 geographical features across the disputed waterway.

Beijing has repeatedly asserted its sovereignty in the sea despite rival claims by Vietnam, Taiwan, Malaysia, the Philippines, and other nations.

“No state can claim sovereignty over underwater features unless they are within 12 nautical miles of land. So is China ignorant of this or deliberately trying to overturn international law?” said Bill Hayton, an associate fellow at British think tank Chatham House.

“China has ratified the UN Convention on the Law of the Sea (UNCLOS) which is very clear on what states can and cannot claim as territory. Yet China seems to be going against UNCLOS by asserting sovereignty in very far away places.” 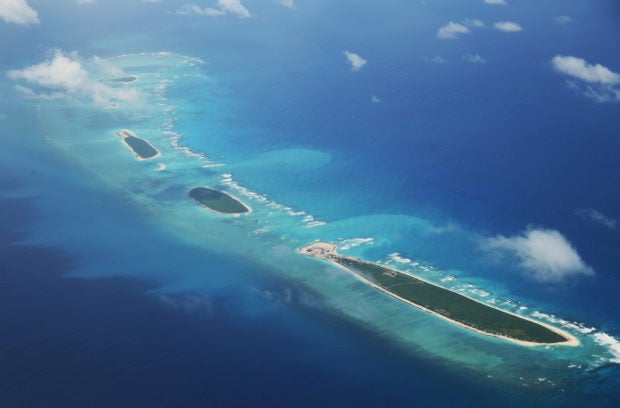 An aerial view of Qilianyu islands in the Paracel chain, which China considers part of Hainan province on August 10, 2018. (AFP FILE/ China OUT)

In recent years, Beijing has stepped up its territorial claims in the South China Sea by building artificial islands and a heavy military presence, making it a flashpoint for geopolitical tensions.

China angered Vietnam after announcing at the weekend that the Paracel and Spratly islands, the Macclesfield Bank and their surrounding waters would be administered under two new districts of Sansha city, which China created on nearby Woody Island in 2012.

Vietnam claimed the move “seriously violated” its territorial sovereignty in the area.

In response, China’s foreign ministry said Tuesday the Spratly and Paracel islands are its “innate territories” and that Vietnam’s claims are “illegal”.

Earlier this month Vietnam lodged an official complaint with China and the UN saying Beijing illegally sank a fishing trawler near the Paracel Islands, killing eight people on board.

As a result, the United States warned China not to take advantage of the coronavirus pandemic to assert itself in the South China Sea.

Read Next
Singapore’s COVID-19 circuit breaker extended until June 1
EDITORS' PICK
Infants bundled off; no one hurt in PGH fire
Tired of your Wi-Fi signal problems at home? Here’s a solution!
OPINION: Mischief Reef – where it all started
POVA x Mobile Legends Bang Bang: A partnership that’s built to win
CPA Australia and their designation: Advance your career
Fire-damaged PGH calls for donations
MOST READ
Leonen impeachment case moves forward in House
Hot, humid weather for PH on Monday — Pagasa
Longest recession since Marcos era
Long working hours are a killer, WHO study shows
Don't miss out on the latest news and information.