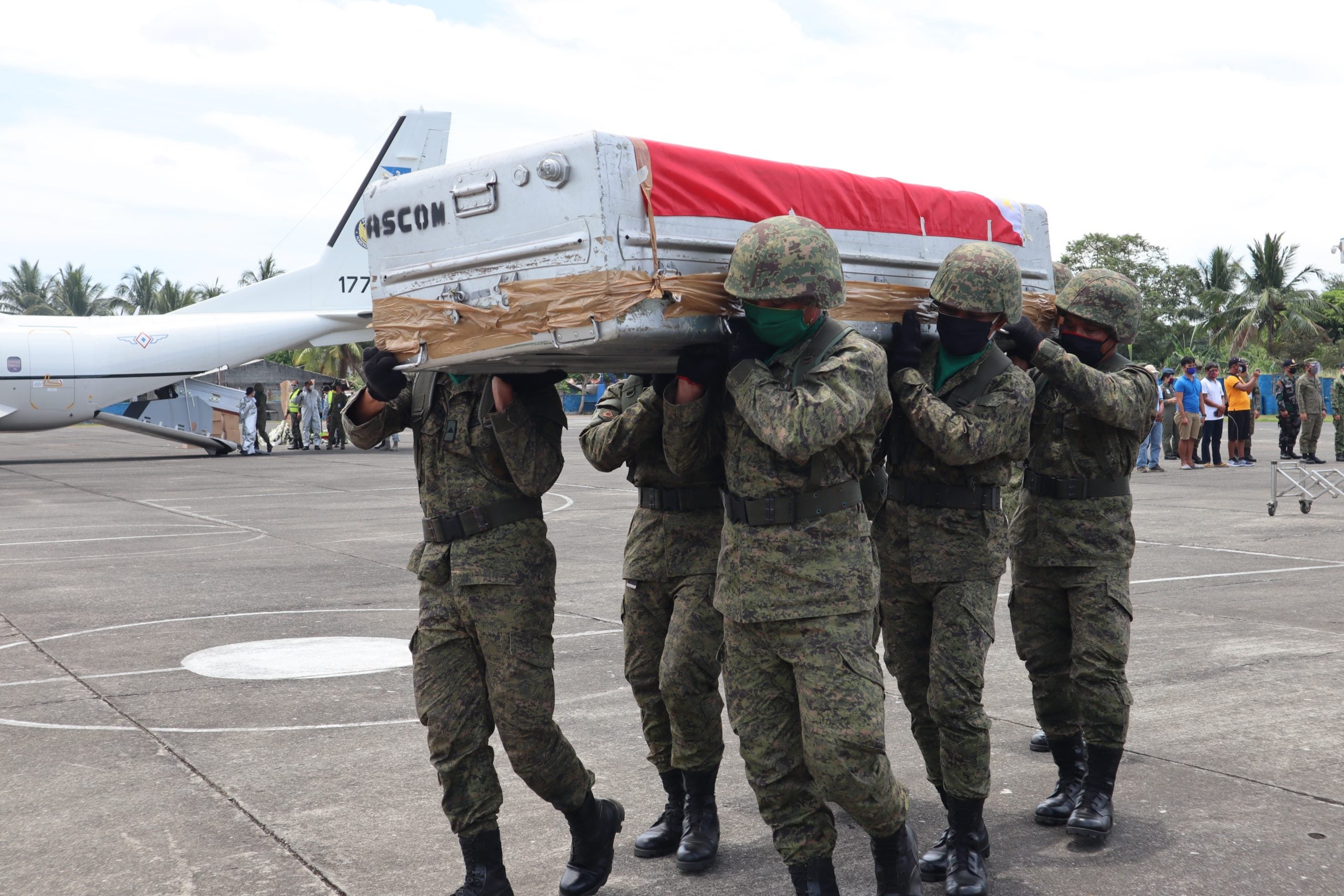 Army soldiers in Isabela province carry the remains of their fallen comrades who were killed in an ambush with Abu Sayyaf rebels in Patikul, Sulu. The bodies of the slain soldiers were flown to Cauayan airport on Sunday. (Photos by Villamor Visaya Jr.)

MANILA, Philippines — The Commission on Human Rights (CHR)  on Monday condemned as a “blatant assault against human dignity” the recent killings of 11 soldiers in a fierce clash with Abu Sayyaf extremists in Patikul, Sulu.

The CHR, in a statement,  called out the Islamic extremist group for the gunfight that also led to the wounding of 14 other soldiers in Sitio Bud Lubong of Barangay Danag in Patikul town at around 3 p.m. on Friday.

“Reports from the government tally 11 soldiers killed in the crossfire, with three of them brutally hacked—a blatant assault against human dignity. It is most unfortunate that our soldiers’ lives are the cost of securing peace in our communities,” CHR spokesperson Jacqueline Ann de Guia said.

“We offer our prayers and sympathies to the families of our fallen soldiers. And in honor of the sacrifices of our heroes, we call on the government to ensure assistance to the bereaved families,” she added.

A company of soldiers was deployed to hunt top Abu Sayyaf leader Radullan Sahiron and his close aide Hatib Sawadjaan when they encountered more than 40 armed members of the group aligned with the Islamic State.

The encounter happened within the so-called Sinumaan complex, known to be Sahiron’s lair.

Lt. Gen. Cirilito Sobejana, Western Mindanao Command chief, said the government troops were at a disadvantaged position as the enemy was on high ground during the clash.