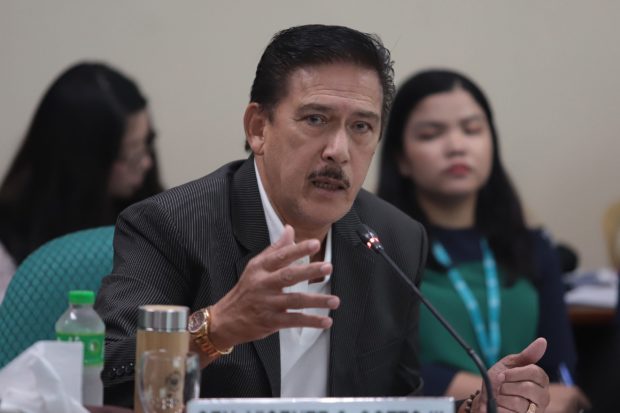 MANILA, Philippines — The Department of Social Welfare and Development (DSWD) should identify those who have already received cash subsidies from the government amid complaints of anomalies in the distribution of the dole, Senate President Vicente Sotto III said on Sunday.

“The DSWD has the master list of those who have already benefited from the [government’s Social Amelioration Program, or SAP]. It should make public the names of the recipients for the sake of transparency,” he said in a statement.

Sotto noted that while the DSWD claimed it had distributed P80 billion, it did not mention the number of beneficiaries and the amount disbursed to each barangay and local government unit nationwide.

At the same time, there have been increasing complaints that local officials, particularly barangay officials, are excluding qualified individuals from the dole in favor of their political supporters.

Residents of Dagupan City, for instance, have complained of being excluded from the list of beneficiaries although they were qualified because a barangay chair felt that they were not his voters.

“In this time of crisis, it’s important to make sure that the system is not being abused,” Sotto stressed. “Political patronage should be set aside during this difficult time,” he added.

Sotto reiterated that the Congress included the SAP in Republic Act No. 11469, or the Bayanihan to Heal as One Act, specifically to help some 18 million poor-income households get by during the new coronavirus disease (COVID-19) crisis.

“We should all work together to ensure that government is not hoodwinked by abusive leaders,” he said, adding that the DSWD should publish the names of the recipients on its website.

According to the Department of the Interior and Local Government (DILG), Social Welfare Secretary Rolando Bautista has agreed to include barangay watchmen and health workers as qualified beneficiaries.DILG spokesperson Jonathan Malaya pointed out on Saturday that barangay watchmen and health workers “only receive allowances … and are subminimum wage earners.”

“Most of our barangay [watchmen] and health workers are heads of families and they only receive more or less P1,000 as allowance from the barangay. Since they are below the poverty line, they should be included among those to be given SAP, subject to the proper screening of the DSWD,” he said.

Malaya said Interior Secretary Eduardo Año had already tasked barangay chairs to ensure transparency in the identification of SAP beneficiaries by posting the list in conspicuous public places in their areas.

Should qualified individuals feel that they have been unfairly excluded from the list, they could appeal for their inclusion without any political quid pro quo or file a complaint with local DILG representatives, Año said.On Sunday, the DSWD claimed it had already distributed at least P6.7 billion in cash aid to over 875,000 low-income families.

As of Saturday, the DSWD said it had already transferred P73.1 billion to various local government units for the first of two dole payouts.