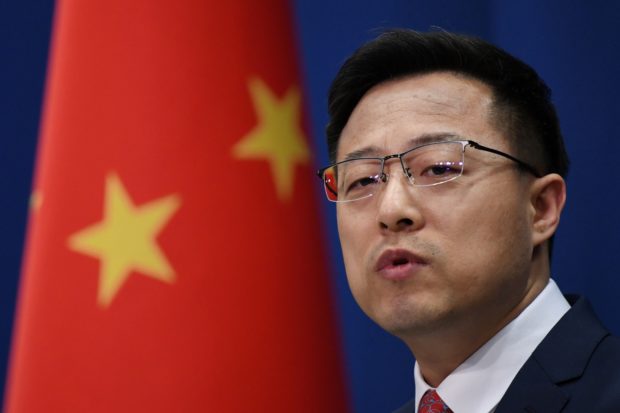 BEIJING — China on Friday denied Western suggestions it had covered up the extent of its coronavirus outbreak and rejected US allegations it has an overly cozy relationship with the World Health Organization (WHO).

Foreign Ministry spokesman Zhao Lijian acknowledged that the virus’ rapid spread had contributed to undercounting that resulted in China raising its death toll earlier Friday, but added that “there has never been any concealment, and we’ll never allow any concealment.”

Allegations China is too close to the WHO were an attempt at “smearing” Beijing, Zhao said.

US President Donald Trump has questioned China’s handling of the pandemic and whether it had been completely transparent since the virus emerged in the central city of Wuhan late last year.

These doubts were spotlighted again on Friday when authorities in Wuhan, which has borne the brunt of Chinese deaths, abruptly raised its death toll by 50 percent – or 1,290 deaths – to a new total of 3,869.

That also pushed the nationwide death toll up sharply to 4,632, based on official national data released earlier in the day.

Wuhan authorities cited several reasons for the missed cases, including that the city’s medical staff were overwhelmed in the early days as infections climbed, leading to “late reporting, omissions or misreporting”.

Zhao said such miscounting was to be expected in the initial stages of a major disease outbreak.

US President Donald Trump – under fire himself for initially denying the seriousness of the pandemic – has accused the WHO of doing the same and being too trusting of China’s assurances over the outbreak.

On Tuesday he announced a suspension of US funding to the world body.

Asked about the US allegations, Zhao defended the WHO and China.

“I think they are all smearing China and cooking up stories about China,” he said, without specifying which countries he was referring to.

China has largely brought the contagion under control domestically via tough measures including the unprecedented lockdown of Wuhan and tens of millions of people in surrounding areas, but not before it spread worldwide.