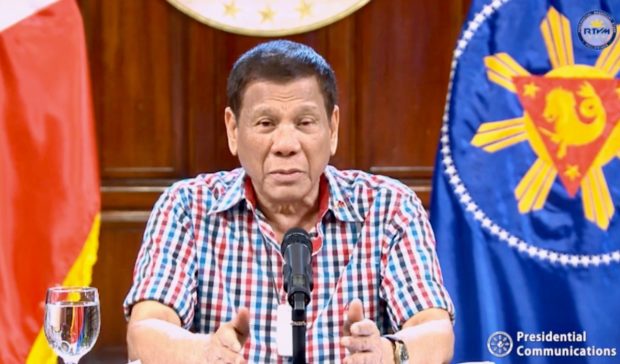 The President said this as he ordered the Department of the Interior and Local Government (DILG) to investigate those behind the reported drinking sessions and cockfights despite the lockdown.

“For those people who are identified by the barangay captains and the mayors, who are violating the quarantine, pasensya na ho kayo, help would not (come),” Duterte said in his second public address this week.

The government earlier announced it will enforce stricter lockdown rules after it observed a rise in the number of violators highlighted by a cockfighting activity in Manila City and heavy traffic in highways and other main thoroughfares in Metro Manila.

According to the Philippine National Police (PNP), 108,088 have so far violated the lockdown rules as of Monday, April 13.

Duterte placed the entire Luzon under a month-long enhanced community quarantine to curtail the further spread of COVID-19. The quarantine was extended until April 30.

The measure stopped all public transportation, banned mass gatherings, and strictly enforced home quarantine as work for the majority of the region’s residents was suspended. People are only allowed to go out for provision of food and other basic necessities and in cases of emergency.