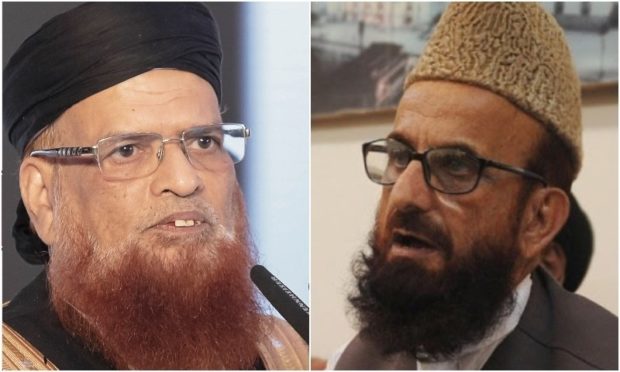 ISLAMABAD — A meeting of ulema (body of Muslim scholars) and religious scholars from across Pakistan on Tuesday said congregational prayers for the five daily prayers and the Friday prayers would be held in mosques from now, adding however that precautionary measures advised by the government will be implemented.

The statement from the ulema comes as the government announced it would continue the lockdown imposed in light of the coronavirus outbreak, easing restrictions for some industries however, which it said were ‘low-risk’.

Authorities in all provinces had officially restricted congregations in mosques, including for Friday prayers, to five people or less since the past two weeks. However, several instances of violation of government orders, and confrontation with police trying to enforce these orders, have been reported since then.

Speaking at a press conference after the meeting between representatives from the Jamiat-e-ulema Islam, Jamiat-e-ulema Pakistan, Jamaat-i-Islami and Tanzeem-e-Islami among other religious parties at the Karachi Press Club, Mufti Taqi Usmani, a renowned religious scholar and former judge of the Federal Shariat Court, said it was decided that prayers would be held while observing precautionary measures.

Detailing the precautionary measures, Usmani said there would be proper distance between rows and individuals during congregations. He urged the elderly to pray at their homes and other people to return to their homes as soon as prayers were over.

“In the present conditions, five daily prayers along with precautionary measures are essential,” he added.

Prominent religious scholar and chairman Ruet-e-Hilal Committee Mufti Muneebur Rehman said the lockdown was not “applicable to mosques”, adding that arrangements would be made for Friday congregational prayers and tarawih in Ramazan.

Calling the congregational prayers a “necessity”, a statement released after the meeting said that it was important to continue the prayers while observing precautionary measures.

The meeting called for the resumption of all congregational prayers including the five daily prayers and the Friday prayers, terming the government’s orders of allowing between three to five people for congregations as “impractical”.

The statement urged elderly people, people affected by the virus or those caring for virus patients to not come to the mosque.

Detailing preventive measures that would be taken, the statement added that carpets would be removed and the floor washed with disinfectant liquid after the prayers, and sanitizers would be installed at the gates of the mosque.

The statement further advised people to perform ablutions at their homes, wear masks and to leave for their homes immediately after prayers ended. It also advised that the Urdu part of the Friday sermon be removed and substituted with five minutes of information about preventive measures for Covid-19.

The decision to reopen mosques by prominent ulema comes a day after senior clerics of Wafaqul Madaris al Arabia warned the government not to further the restrictions on congregations in mosques, which have been imposed to contain the spread of the novel coronavirus.

‘National decision to be taken on April 18th’

Federal Minister for Religious Affairs Noorul Haq Qadri said that a national decision was needed regarding congregational prayers including Friday prayers and tarawih during Ramadan. He added that a session of chief ministers and Azad Jammu and Kashmir president would decide the matter on April 18.

Stressing the need to avoid “local and regional” decisions on the matter, Qadri called for an “air of unity”. He added that the government would make arrangements for a “protected from coronavirus and full of worship” Ramadan.

Read Next
3 Dagupan City patients recover from COVID-19
EDITORS' PICK
House energy committee chair Arroyo bats for cheap electricity
Why Tagle is a leading papal contender
KWF has no power to ban, censor written works – Lagman
Powered by style, innovation and passion
A laptop that maximizes your WiFi so you can maximize your productivity
In Borongan, nuns play hoops (not mahjong)
MOST READ
Why Tagle is a leading papal contender
Zubiri on SRA mess: Shameful, disgusting
SRA officials should resign after ‘illegal sugar order’ – Zubiri
Arjo Atayde reveals proposal to Maine Mendoza was ‘more than a year’ in the making
Don't miss out on the latest news and information.