Cavite tests people ‘according to need’ 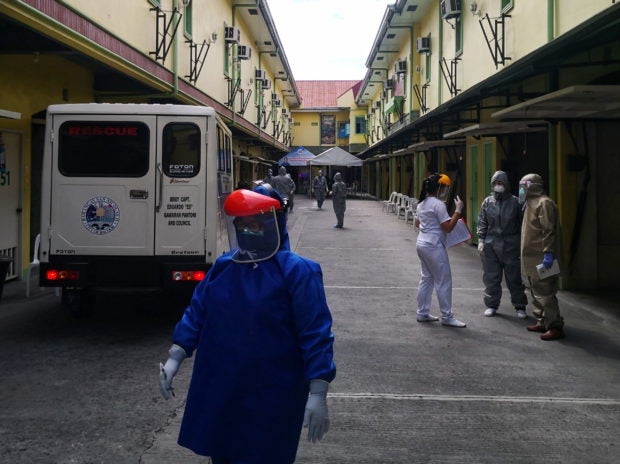 With over a hundred confirmed cases and at least 16 deaths since the outbreak, Cavite started its community testing even though its partner laboratory at De La Salle University in Dasmariñas City had yet to be fully accredited by the Department of Health (DOH) to become a COVID-19 testing center.

The research laboratory has so far been given a Level 4 biohazard safety certification by the DOH. It needs to pass one more phase of confirmatory tests with the Research Institute for Tropical Medicine (RITM) before it could go “full-scale” on testing, said Haydee Sy, communications director of De La Salle Medical and Health Sciences Institute.

Even so, Sy said it would now accept specimens taken from people suspected of contracting the coronavirus.

He warned the public not to rush to the university laboratory as there were protocols set on who gets tested first. “We are testing people according to the need,” he said.

Remulla said the order for mass testing should start with people with mild to severe symptoms and might have been exposed to the virus.

Medical front-liners come next, to be followed by “high-risk” people like public transportation drivers, market stall vendors and factory workers.

In Bacoor, which has at least 33 cases, five of whom had died, the community testing was done in a motel at Barangay Talaba 7. The motel has been repurposed into a quarantine facility, with suspected carriers confined in rooms and parking garages, and under the care of medical personnel in hazmat suits.

“The governor is really [serious] about this [mass testing] because otherwise, he said we would not be able to move forward [in containing the outbreak],” said Ivy Yrastorza, city health officer.

Testing is done by nasopharyngeal swabbing or by inserting cotton bud-like pledgets into the nose for adults or into the throat for younger patients.

Swabbing takes only seconds, “but it’s painful when done through the nose,” Yrastorza said.Remulla said the provincial government was willing to shoulder the testing costs, but it might have to realign some funds for an additional P500 million to cover a bigger population. Cavite has a population of more than 3 million.The governor also asked private companies to cover the expenses in testing their employees.

Chinese company Sansure Biotech Inc. has donated to Cavite two polymerase chain reaction machines, the same equipment used by the RITM, along with 20,000 test kits and “a million more” to be delivered soon, Remulla said.