MANILA, Philippines — Human rights lawyer Harry Roque will return as President Rodrigo Duterte’s spokesman, more than a year after he stepped down from the post to pursue his bid for a Senate seat. 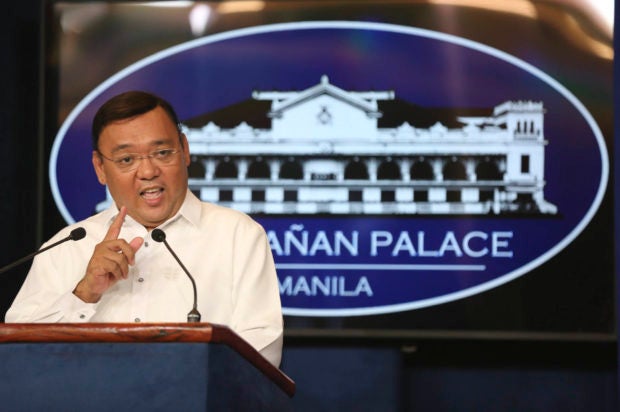 “Yup Harry Roque will be back to his previous post. I’m still the Chief Presidential Legal Counsel. I will be performing the same role as the President’s chief lawyer and issuing statements as such,” Panelo told reporters in a text message.

Roque will take over his previous post on Monday afternoon.

Roque resigned as Duterte’s official mouthpiece on October 2018 to give way for his senatorial bid.

He, however, withdrew his candidacy days before the campaign period officially starts due to health reasons.

Roque’s stint as presidential spokesperson was marred by controversy as he made pronouncements contrary to his former advocacies as a human rights lawyer and Kabayan representative.

A former House Deputy Minority Leader, Roque represented victims of the 2009 Maguindanao massacre, the kin of Palawan-based environmental advocate and journalist Gerry Ortega who was gunned down in 2011, and the family of Filipino transgender Jennifer Laude, killed by a U.S. Marine in 2014, among others.