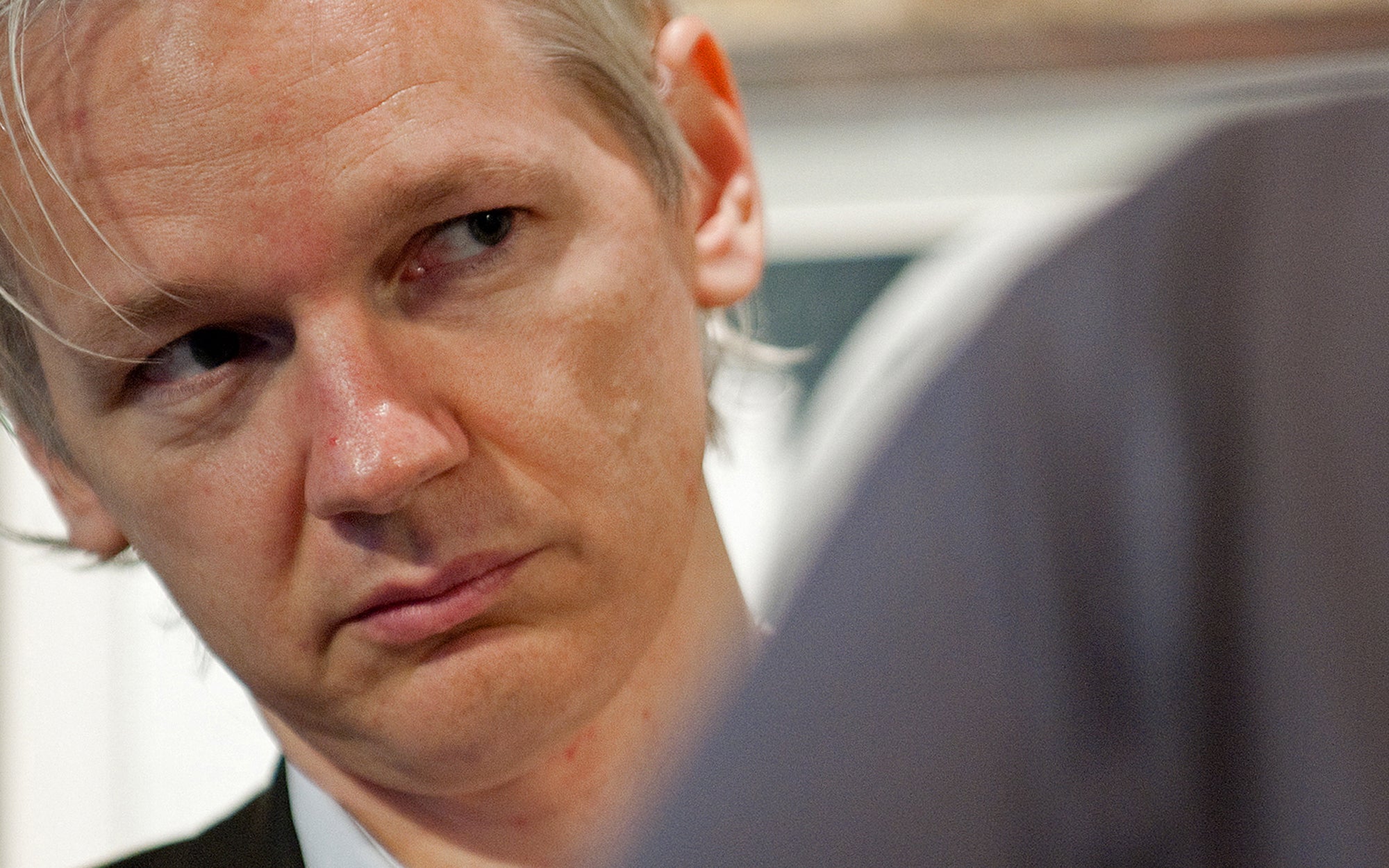 Australian founder of whistleblowing website, ‘WikiLeaks,’ Julian Assange, speaks during a press conference in London on July 26, 2010. The founder of a website that published tens of thousands of leaked military files about the war in Afghanistan said Monday they showed that the “course of the war needs to change”. In all, some 92,000 documents dating back to 2004 were released by the whistleblowers’ website Wikileaks to the New York Times, Britain’s Guardian newspaper, and Germany’s Der Spiegel news weekly. Assange also used a press conference in London to dismiss the White House’s furious reaction to the disclosures. AFP PHOTO/Leon Neal (Photo by LEON NEAL / AFP)

LONDON — WikiLeaks founder Julian Assange fathered two children with one of his lawyers while holed up in Ecuador’s embassy in London for much of the past decade, a report on Sunday said.

The 48-year-old Australian is allegedly the dad of two boys — aged two and one — born to South African-born lawyer Stella Morris, the Mail on Sunday reported.

The newspaper published the report alongside photographs of Assange with the toddlers and an interview with Morris who said they “fell in love” and were planning to marry.

The couple has been engaged since 2017, according to the paper, which said it learned about the revelations in court papers seen last week.

Assange is being held in London’s high-security Belmarsh prison as he fights an extradition request by the United States to stand trial there on espionage charges.

The Mail on Sunday said Morris chose to reveal their relationship and the existence of their sons because “she fears Assange’s life is at serious risk if he remains in Belmarsh”, due to the spread of coronavirus.

Morris wants the one-time hacker released under British government plans to allow some prisoners temporary release, amid fears COVID-19 could sweep through jails.

But Assange last month failed in a bail bid based on his risk of catching the virus, with a British judge saying there were “no grounds” for his release.

Assange’s lawyers could not immediately be reached for comment.

“Julian Assange’s newly revealed partner, mother of their 2 young children, urges UK government to bail him and other vulnerable prisoners as #coronavirus sweeps prisons,” it said.

The whistleblowing organization posted its own video interview with Morris soon after, in which she detailed her purported five-year relationship with Assange.

‘Together as a family’

Assange faces charges under the US Espionage Act for the 2010 release of a trove of secret files detailing aspects of US military campaigns in Afghanistan and Iraq.

He ensconced himself in the Ecuadoran embassy in 2012 after skipping bail to avoid separate legal proceedings in Sweden but was finally dragged out last year.

He reportedly conceived the first child with Morris in 2016, according to the Mail on Sunday.

The couple had begun a relationship the previous year while the lawyer visited him to work on his legal situation, it said.

Assange watched the birth of both children in London hospitals via live video-link and met the elder boy, named Gabriel, after he was smuggled into the embassy, the paper added.

Both boys are said to be British citizens and have reportedly visited their father in prison.

Morris told the Mail on Sunday: “I love Julian deeply and I am looking forward to marrying him.

“Julian has been fiercely protective of me and has done his best to shield me from the nightmares of his life.”

She said she had lived “quietly and privately”, raising Gabriel and his brother Max, while “longing for the day we could be together as a family”.

Morris added: “Now I have to speak out because I can see that his life is on the brink.”