UNITED NATIONS  — Secretary-General Antonio Guterres warned the U.N. Security Council on Thursday that the coronavirus pandemic is threatening international peace and security — “potentially leading to an increase in social unrest and violence that would greatly undermine our ability to fight the disease.” 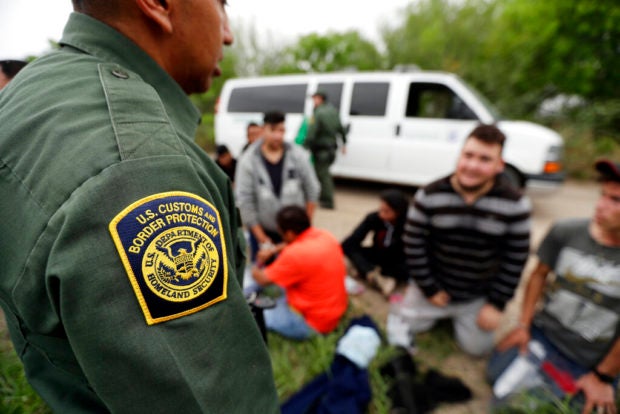 FILE – In this Thursday, March 14, 2019, file photo, a Border Patrol agent talks with a group suspected of having entered the U.S. illegally near McAllen, Texas. The Trump administration has quietly shut down the nation’s asylum system for the first time in decades amid coronavirus concerns, largely because holding people in custody is considered too dangerous. (AP Photo/Eric Gay, File)

The U.N.’s most powerful body, which has been silent on COVID-19 since it started circling the globe sickening and killing tens of thousands, issued its first brief press statement after the closed meeting. It expressed “support for all efforts of the secretary-general concerning the potential impact of the COVID-19 pandemic to conflict-affected countries and recalled the need for unity and solidarity with all those affected.”

Guterres, who called for a cease-fire for all global conflicts on March 23, said the crisis has “hindered international, regional and national conflict resolution efforts, exactly when they are needed most.”

He cited other pressing risks to global security from the pandemic: terrorists seeing an opportunity to strike, groups seeing how a biological terrorist attack might unfold, the erosion of trust in public institutions, economic instability, political tensions from postponing elections or referenda, uncertainty sparking further division and turmoil in some countries, and COVID-19 “triggering or exacerbating various human rights challenges.”

The secretary-general reiterated that the United Nations faces “its gravest test” since the organization was founded 75 years ago from the pandemic and concluded saying: “This is the fight of a generation — and the raison d’être of (the reason for) the United Nations itself.”

Guterres spoke by video conference at a closed council meeting on COVID-19’s impact on the council’s mandate, which is the preservation of international peace and security. It was the first discussion by its 15 ambassadors on the pandemic.

While the meeting was closed, the U.N. spokesman released Guterres’ briefing and a number of ambassadors released their remarks to the media.

The U.N. chief said the engagement of the Security Council will be “critical to mitigate the peace and security implications of the COVID-19 pandemic.” He added that “a signal of unity and resolve from the Council would count for a lot at this anxious time.”

Diplomats said the Security Council was initially blocked from issuing a statement or adopting a resolution by U.S. insistence that the origin of the virus in China or Wuhan be included, which China objected to, but Belgium’s U.N. Ambassador Marc Pecsteen de Buytswerve, an elected council member, said that was not mentioned on Thursday.

He and the nine other elected council members had been pressing for a meeting and succeeded in getting the secretary-general to brief on Thursday.

According to diplomats, French President Emmanuel Macron and U.S. President Donald Trump agreed to organize a video conference of leaders of the five permanent council members, also including China, Russia and Britain, and France wanted that before a council meeting, but it couldn’t be arranged.

Meanwhile, the 10 elected members had been pressing for a council meeting and briefing from Guterres — and they had the nine votes needed for it to happen on Thursday.

Pecsteen de Buytswerve said even though the press statement from the council was “very minimal” it is an expression of support for the secretary-general and his call for peace and a cease-fire “and that’s the most important thing at this stage.”

Read Next
Navotas Fish Port Complex closed on Saturday for cleanup, disinfection
EDITORS' PICK
A gem of a residence in the new normal
Been there, done that but what’s the difference between MECQ and GCQ?
BREAKING: 3,226 latest COVID-19 cases bring PH’s total to 106,330
Water remains our saving grace right now
PNP: Checkpoints back in MECQ areas
Smart 5G goes live
MOST READ
MECQ guidelines in infographics
Doctors group to Duterte: ‘There was never a call for a revolt’
MECQ in NCR, other areas: Mass transportation suspended, quarantine pass required anew
Corruption during pandemic? Don’t blame it all on Duterte – Pacquiao
Don't miss out on the latest news and information.