Noemi Manguerra and fellow members of Guhit Kulay, an art collective of Filipino migrant workers in Hong Kong, gather every month for meeting and art workshops. On days off, they meet up and go to parks and public spaces where they spend their afternoons drawing, painting and taking pictures.

But like all gatherings everywhere in the world, the group’s meetings were rudely interrupted by COVID-19.

Rules put in place by the Hong Kong government to fight the disease included one that allowed employers to bar their Filipino workers from going out, even on their days off. Some of the Filipinos took precautions, deciding to play it safe by staying indoors. 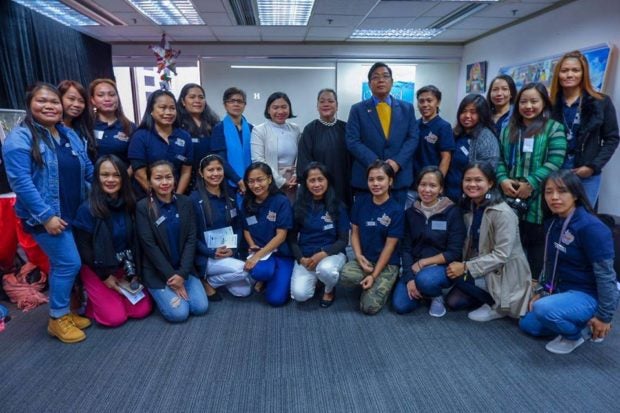 The COVID-19 pandemic has turned world affairs upside down, sparing no one as governments imposed lockdowns and social distancing measures in a frantic effort to prevent the disease from spreading.

“Most of the migrant workers here are affected by the pandemic. Apart from the fact that we only get to go out a few times after a week of working, others have chosen to stay inside their homes instead during their days off,” said Manguerra, co-founder and president of Guhit Kulay, speaking in Filipino.

“This is also due to their fear and to avoid crowded places, although this has caused some to lose their leisure time,” Manguerra said.

Manguerra, 45, has been working as a domestic helper in Hong Kong for the past fifteen years, and supports her parents back home in the Philippines. Unlike some of Guhit Kulay’s members, she has a place of her own.

She starts her day at eight in the morning by preparing the food she’ll be bringing to work. When she arrives at her employers’ house, she goes straight to the kitchen to do the cooking before moving on to do the laundry and clean the rooms. She then goes to the market, cooks dinner for her employers and, on some days, does the ironing on top of all of these, ending her shift at 6 p.m.

Fellow Guhit Kulay member Jacklyn Evangelista, 30, also works as a domestic helper in Hong Kong. Like Manguerra, she cooks and cleans, but with the added responsibility of looking after a 9-year-old.

“My ward is difficult to deal with, but eventually things became okay, with patience and humility. Everything became okay,” Evangelista said, speaking in Filipino, too.

Evangelista is on her second contract and in her fifth year in Hong Kong and she expressed gratitude that her employer has been treating her like part of the family.

“They treat me like family. I also like that I am free to pursue my interests, such as drawing,” she said.

Guhit Kulay started as an art workshop facilitated by Pintura Circle, a group of Hong Kong-based Filipino artists, through the Philippine Consulate General in Hong Kong.

Workshop participants were able to create original artworks, which were showcased in July 2016 at the consulate in an exhibit, “Ma-Art Eh!”. Among the founding members of the group were Manguerra, Cristina Cayat, Ruby Timtim, Cecil Eduarte and Lou Bella Sasutil.

“Ever since the workshop, we started seeing each other during our days off. We would sit in a park or in the other free spaces we are allowed to go to, we bring our art materials with us so we can paint,” said Manguerra.

They came up with the name Guhit Kulay one day while walking down the winding stretch of Sheung Wan, said Manguerra, where they saw varied street art murals and galleries. Today, the collective has over 30 members and their artworks have since been exhibited in London and at the Vargas Museum in the University of the Philippines, Diliman.

Their mission is simple: Encourage fellow Filipino migrant workers to tap their inner talent, share it and share knowledge and inspirations in art, and to make their days off enriching and productive.

Hong Kong’s confirmed COVID-19 cases have more than doubled in the past two weeks, according to the Associated Press on April 7.

The Chinese territory has 936 confirmed cases as of April 7, according to the official list of the Hong Kong government. Four have died.

The Philippine Consulate General in Hong Kong also reported via Facebook last April 1 that 19 Filipinos in Hong Kong tested positive for COVID-19 and are undergoing treatment in different hospitals.

Three of have since recovered and been discharged from the hospital, according to the consulate’s update last April 4, bringing the number of Filipinos infected with COVID-19 in Hong Kong down to 16.

Some Guhit Kulay members were able to go home to the Philippines to their families for vacation, but must now have to rebook their flights as travel restrictions had been put in place, barring non-Hong Kong residents from entry.

Others had plans to go home for Easter, but were left with no choice but to postpone their trips indefinitely, uncertain of when they would see their loved ones again.

“They already postponed their trips since undergoing self-quarantine would only eat up the days they plan to spend with their families,” said Manguerra.

“They are also scared that although they may not have the symptoms of the disease, they are not sure whether or not the people they’ll be traveling with are carriers of COVID-19,” she said.

Guhit Kulay has also postponed workshops and activities due to the pandemic, but members remained close and keep in touch with each other through social media.

They may not be able to leave their homes in the meantime, but some members have taken to Facebook where they challenge each other to share photographs and drawings. Others have also turned to writing poetry and songs, and more to sewing, embroidery, calligraphy and accessory-making to keep themselves preoccupied.

“We continue to check up on our members through our group chat and encourage them to post whatever they are preoccupied with, especially since most of us are no longer allowed to go out during our days off,” Manguerra said. 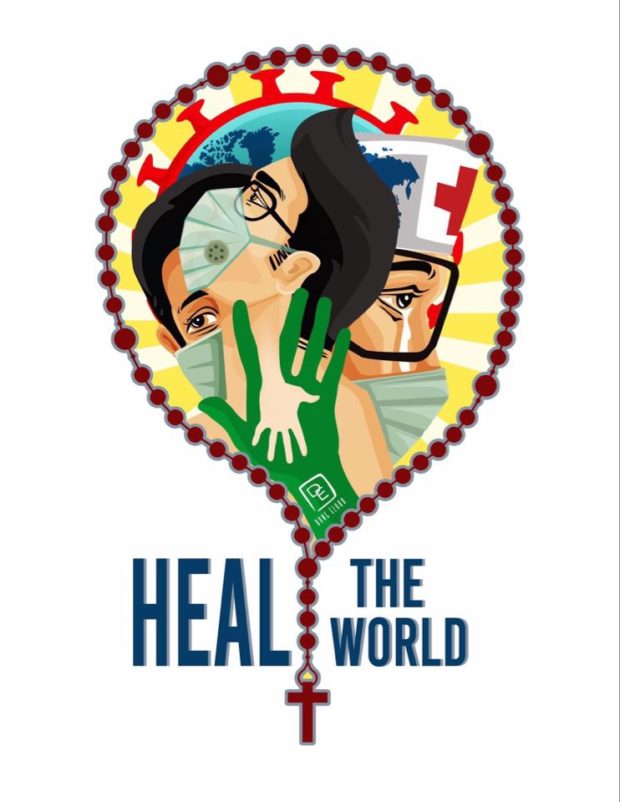 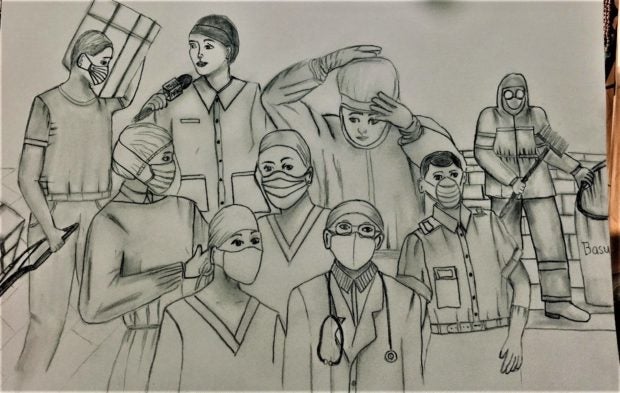 Art has helped relieve them of fears, homesickness and sadness and being away from loved ones which were made worse by the pandemic.

“Art has helped each and every one of us greatly in coping with the sadness, homesickness and concerns we have in being away from our families, especially now as COVID-19 cases continue to rise not just in Hong Kong but around the world,” Manguerra said.

“Almost all of us are fighting the fears and dread we have for this pandemic,” she said.

Despite facing uncertainty herself, Manguerra has only words of encouragement for Filipinos back home, in Hong Kong and everywhere there are Filipino communities.

“Let us not lose hope. In every day that passes, whether it be sad or happy, filled with dread, worries and hardships — trust, along with prayer, that we will overcome everything that comes our way,” Manguerra said.

“Life is like drawings and colors — it is in your hands and how you look at the world,” she added.