Japan's state of emergency is no lockdown; What's in it? | Inquirer News
Close
menu
search 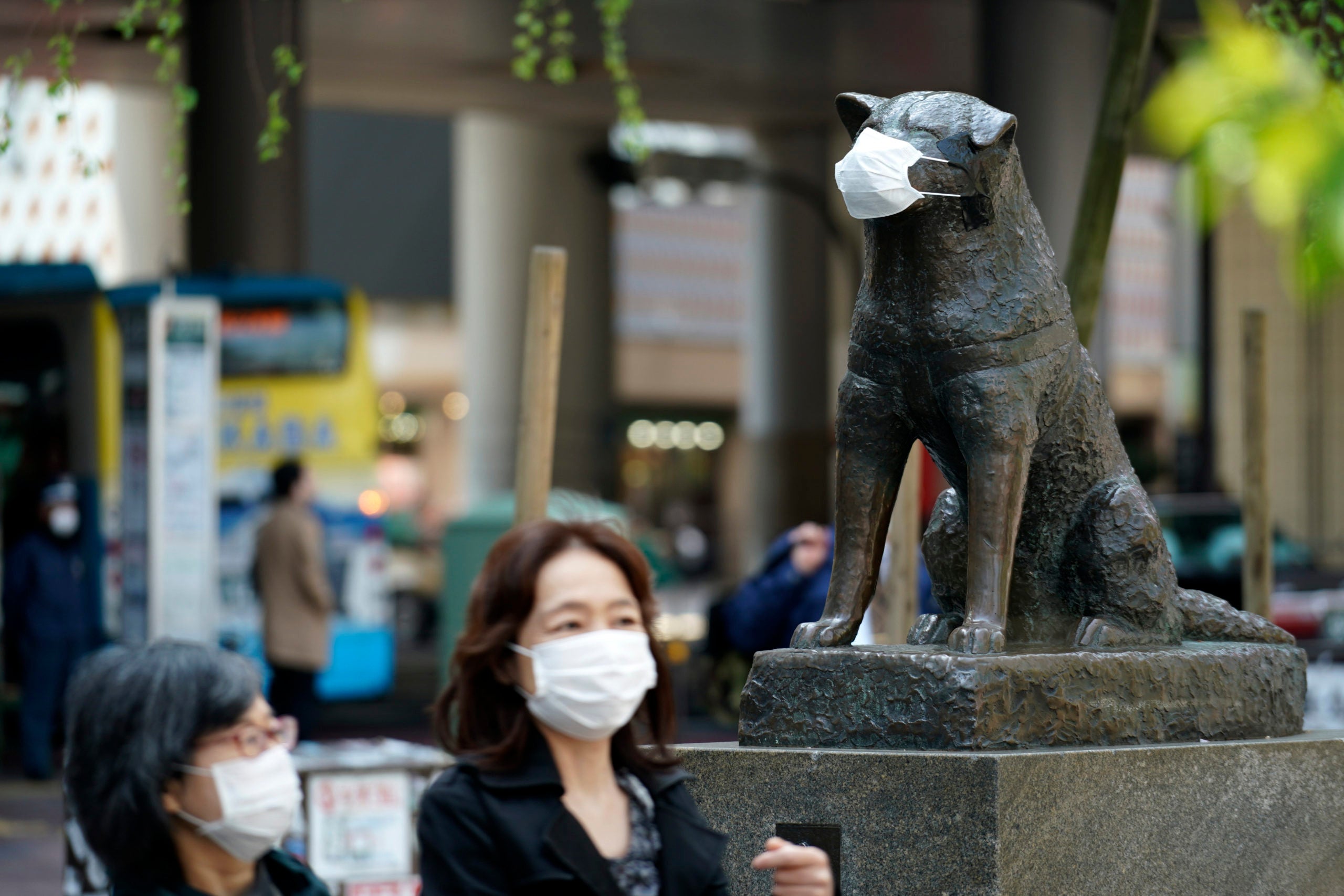 A statue of a Japanese Akita dog named “Hachiko” wearing a face mask is seen near Shibuya Station Wednesday, April 8, 2020, in Tokyo. Japanese Prime Minister Shinzo Abe declared a state of emergency on Tuesday for Tokyo and six other prefectures to ramp up defenses against the spread of the new coronavirus. Hachiko has waited for his owner University of Tokyo Prof. Eizaburo Ueno at the same place by the station every afternoon, expecting him to return home for nearly 11 years even after Ueno’s death at work. (AP Photo/Eugene Hoshiko)

TOKYO  — Prime Minister Shinzo Abe has declared a state of emergency in Tokyo and six other hard-hit Japanese prefectures to fortify the fight against the coronavirus outbreak. But this is no European or Wuhan-style lockdown. Here is a look at what Japan’s state of emergency entails:

Read Next
Panelo: Duterte didn’t downplay COVID-19, just careful not to cause anxiety to people
EDITORS' PICK
DOF to PITC: Return P1 billion in interest on ‘idle’ funds
Smart Prepaid encourages the youth to take their passions to the next level and ‘Live GIGA’
Watershed degradation abetted flooding, says scientists’ group
Arthaland’s property management arm utilizes Amazon Web Services to enhance delivery of service
Año to public, officials: Refrain from holding events
Experience clearer calls nationwide with Smart VoLTE
MOST READ
April Boy Regino passes away at 59
‘What is mine is hers,’ says Matteo on sharing finances with his Popstar Royalty wife
’Blind obedience’: Robredo twits Briones for pleasing only Duterte, not teachers, students
Año: Gov’t to conduct fact-finding on mass gatherings attended by Roque, Pacquiao
Don't miss out on the latest news and information.