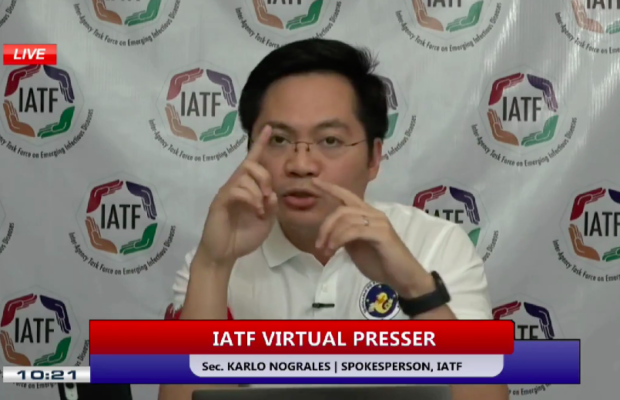 IATF spokesperson and Cabinet Secretary Karlo Nograles said the government will look into other programs for the middle class since they are not qualified under the social amelioration program, which gives subsidies to the poorest of the poor.

“Inatasan ni Pangulo ang isang grupo made up primarily of our economic managers to study this proposal,” Nograles said in a virtual briefing.

(The President ordered a group made up of our economic managers to study this proposal.)

(For the middle class, there will be a study. Because they are not eligible under the social amelioration program. We need to study what program we could provide for them.)

Cavite Governor Jonvic Remulla, in a letter to the President, asked to include the “overlooked” middle class in the government’s social amelioration program.

During his televised public address, Duterte said he “agrees” with Remulla’s appeal while noting that the government’s P270-billion budget for the coronavirus disease (COVID-19) measures could not be enough.

“So there has to be another program with another fund source. And another set of guidelines. It doesn’t have to be a social amelioration package also. There are other ways wherein we can help the middle class and not in the social amelioration,” Nograles said.

The government has set aside P200-billion worth of cash aid to be distributed to about 18 million low-income families.

The amount, ranging from P5,000 to P8,000, to be distributed to the beneficiaries will depend on the minimum wage in their respective regions.