Baguio posts no COVID-19 case in more than a week

City fights to ‘flatten the curve’ of virus transmission; in Davao, infections from cockfight a lesson for local execs
Philippine Daily Inquirer / 04:18 AM April 07, 2020 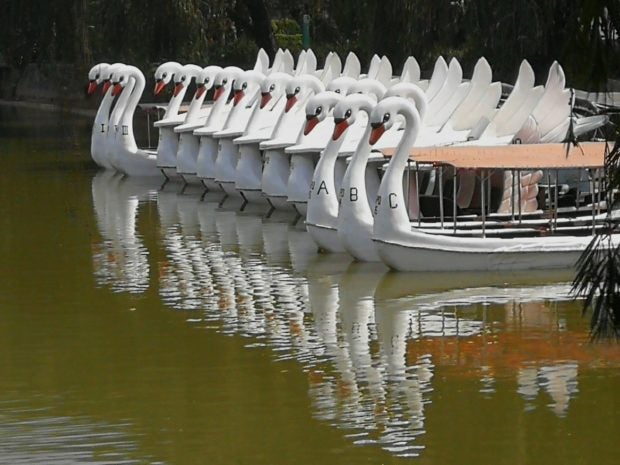 SWAN AND LAKE The familiar swan boats in Burnham Lake are idle, waiting for tourists to return to Baguio City once the community lockdown is lifted. —EV ESPIRITU

BAGUIO CITY, Benguet, Philippines — With no new transmission of the new coronavirus disease (COVID-19) recorded since March 28, the city may soon see the statistical “flattening of the curve” due in part to the success of local quarantine, Mayor Benjamin Magalong said on Sunday.

This means that the frequency of infections has been reduced or become manageable for the level of health services available in a locality like Baguio, which has recorded 14 COVID-19 infections.

Five of these patients have since recovered. Many are Metro Manila residents, while five have gone public to help speed up the tracing and isolation of people with whom they have had contact.

No new cases have been reported because of the cooperation of residents, who have stayed home for the last three weeks, and the contact tracing of people suspected of contracting the disease even though no confirmatory results have been released, local officials said.

Under the Department of Health (DOH) protocols, contact tracing begins only for people found positive for COVID-19 through laboratory tests by the Research Institute for Tropical Medicine.

“We should continue holding the line by sustaining our vigilance and by not lapsing into complacency,” Magalong said in a statement.

Police also recorded a 74-percent drop in crimes committed in Baguio during the lockdown.

In Olongapo City, a 2-year-old boy tested positive for the virus, raising the number of confirmed cases there to three.

In Subic Bay Freeport, a 35-year-old nurse has contracted the virus after being exposed to another patient undergoing treatment at Allied Care Experts Medical Center-Baypointe Hospital.

In Davao City, Mayor Sara Duterte said the outbreak of COVID-19 that was traced to a local cockfighting derby left a lesson that no one in the city government would forget.

But the mayor said the staging of the derby on March 7, 10 and 12 did not violate any law.

“Based on the documents presented and the timeline covering the community quarantine implemented because of COVID-19, there was no law violated,” Duterte said in a statement posted on the city government’s Facebook page.

She said, however, that the division chief of the business permit and licensing division (BPLD) could have stopped the derby on March 3 and 8, and could have prevented the situation from escalating.

“But [he] did not vigorously act on it. It was a judgment call that was never made,” she said, adding that the person concerned had resigned on April 4.

“This serves as a reminder for all officials in the city government to always put forward the general welfare of residents of the city,” Duterte said.

She said that as early as Feb. 4, the city council already issued a resolution approving the request of organizers to conduct a derby. The operators submitted all documents and complied with all requirements so that on March 3, the BPLD issued the derby permit.

Duterte said the guidelines on containing COVID-19, which came out on March 8, did not prohibit the conduct of private events although the document set directions in postponing such events.

On March 12, the mayor said she ordered the police to shut down all cockpit arenas “upon learning about the ongoing derby.”

Health officials earlier raised their concern over the huge crowd generated by the event, which could serve as fertile ground for the infection to spread.

A rise in suspected COVID-19 cases, including the death of the cockpit owner, followed days after the derby.

As of April 5, DOH records showed that Davao City had 65 COVID-19 cases, with 11 deaths. Seventeen had recovered.