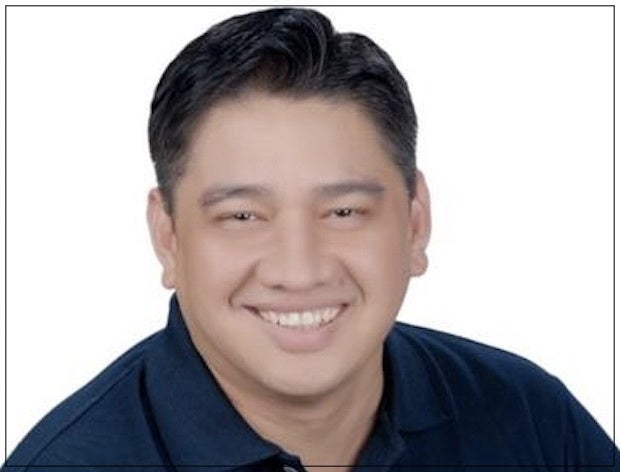 COTABATO CITY, Maguindanao, Philippines — Pope Francis has named the head of the missionary Oblates of Mary Immaculate (OMI) in the Philippines as bishop of the Apostolic Vicariate of Jolo in Sulu province, the Catholic Bishops Conference of the Philippines (CBCP) said Saturday.

The appointment of 54-year-old Fr. Charlie Inzon was made public in Rome on Saturday noon (6 p.m. Philippine time) and was met with jubilation by his fellow Oblate priests.

Inzon’s appointment came on the eve of Palm Sunday and 19 days before his 27th year in the priesthood.

Father Cha, as most people call Inzon, is currently the superior of the OMI congregation in the Philippines.

“We are glad and we rejoice with the news of Fr. Inzon’s appointment,” said Fr. Jonathan Domingo, president of Oblate-run Notre Dame of Midsayap College in Midsayap, Cotabato.

“Father Cha will face the challenges of the unique ecclesiastical realities in the Apostolic Vicariate of Jolo, its multi-cultural realities, social situations,” Domingo added.

But he noted that Inzo was not new to Jolo.

“He was assigned there for many years. He is familiar already and can easily adapt to such realities and promote inter-religious dialogues, peace, justice, and harmony,” Domingo said.

Since November 2018, the Jolo vicariate has been without a bishop after Bishop Angelito Lampon was picked by the Pope to lead the Archdiocese of Cotabato, vice Orlando Cardinal Quevedo who has retired.

In January 2019, Fr. Romeo Saniel was named to take care of the Jolo vicariate as its administrator.

According to the CBCP news site, an apostolic vicariate is a local church that has not yet been established as a diocese.  Its administration is assigned to an apostolic vicar who governs it in the name of the Pope.

After his ordination, Inzon was immediately sent to Sulu when he served as chaplain of Notre of Jolo College in Jolo. He then led the OMI mission station in Batu-Batu, Tawi-Tawi.

Inzon was briefly back in Caloocan as assistant parish priest in Bagong Barrio, then vicar of the Midsayap parish in Cotabato province before serving as director of the OMI college seminary in Quezon City from 2000 to 2007.

He was back in Jolo in 2007, serving in various capacities in the Note Dame College of Jolo. By 2014, Inzon transferred to Cotabato City to serve as president of the Notre Dame University.

In 2018, he was named OMI provincial superior.

Read Next
Año warns of ‘relapse’ of COVID-19 cases if lockdown gets lifted early
EDITORS' PICK
PNP to maintain checkpoints during GCQ to ensure compliance to health protocols
DOTr bares 2 phases of public transport revival in GCQ areas
LIST: What to expect in areas under GCQ, MGCQ
Cherry Mobile teams up with Cloud Panda PH, launches online store
SM prepares for ‘safe malling’
Notice of 2020 regular meeting of stockholders June 18, 2020
MOST READ
LIST: What to expect in areas under GCQ, MGCQ
Duterte approves Metro Manila’s shift to GCQ starting June 1
Duterte: No reason for Richard Gomez not to accept healthy returning Ormoc residents
DOH explains: Only 109 of record-high 539 COVID-19 patients were ‘fresh cases’
Don't miss out on the latest news and information.