MANILA, Philippines — At 1:14 a.m. on Wednesday, the family of Arvin Pascual heard what would be one of the cruelest news in their entire lives. Arvin, a 44-year-old nurse who just a day before tested positive for the coronavirus disease (COVID-19), is dead.

His death came in an untimely manner, said his aunt Nilda Pascual, noting that even in his last days of living, he was deprived of personal care of his family as part of stringent protocols to prevent them from being infected with the virus.

“This is not the right time to die. The virus caused it—that you will die alone. No personal care from his loved ones, no personal good-byes, no kisses, no hugs, no touch at all,” Nilda, a retired nurse herself, said in an interview with INQUIRER.net on Friday. 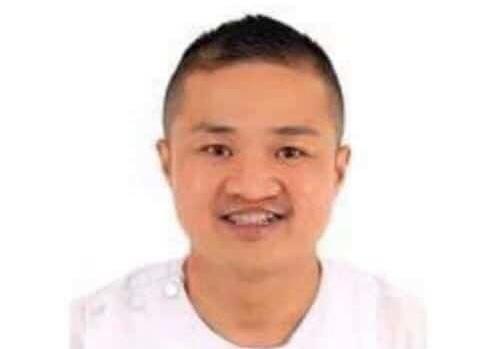 Arvin Pascual, a 44-year-old Filipino nurse who died on Wednesday, April 1, 2020, a day after testing positive for the coronavirus disease. (Photo courtesy of Nilda Pascual)

Arvin’s body was cremated within 12 hours after he succumbed to the disease, in compliance with instructions set by health authorities.

One would think it would just be proper to send off a gallant hero like Arvin to his final destination in a glorious manner, but that, too, was deprived of him by the illness. There was no wake. There was no proper burial. When his ashes were buried on Thursday, only his father, siblings, and cousin were present to lay him to rest.

“For his direct family, this is a painful experience for them. Arvin left his home as a whole person and came home placed in an urn,” said his aunt.

Two days after the abrupt death of her nephew, Nilda shared that his family, relatives, and friends are all “devastated,” especially his father, who “could not utter a word” upon knowing that his eldest child is gone. She described their feelings on his passing as “immeasurable grief.”

“Everything that happened seemed so fast. We never saw him since his confinement,” she said.

Ever since his mother died when he was in high school, Nilda has been like a parent to Arvin, even sending him to a nursing school.

Arvin was a graduate of the College of Nursing and Allied Medical Sciences at Wesleyan University-Philippines in Cabanatuan City. He was a contractual nurse from 2008 to 2011, then became a regularized nurse in 2012 until his death. His last work was at the Dr. Paulina J. Garcia Memorial Research and Medical Center in the same city.

He used to be the breadwinner in his immediate family and only married four years ago. He had no child with his wife.

According to Nilda, Arvin did not express any fear about the virus even though he worked as a nurse. When he started showing symptoms, he thought he only had tuberculosis. But just a day after being admitted to a hospital, he had already developed pneumonia, which health authorities have also observed from other COVID-19 patients.

Being at the frontlines of the wrestle against the pandemic poses many threats, but according to Nilda, Arvin, like the other dedicated health workers, was convinced of his calling to serve the nation in this time of crisis.

“In their profession, there is no room to refuse because this is a sworn obligation to serve humanity as we nurses pledged,” she said. “We lost Arvin who was unfazed of the global virus problem and continued to report to his duty without complaint because it was his duty to work as a frontliner.”

In a statement released hours after his death, the Philippine Nurses Association described Arvin as a “warrior against COVID-19.”

Before his death, Arvin’s only aspiration now that the salary of government nurses has increased is “to make his father happy,” according to Nilda.

Arvin is gone, but for her aunt, he will be remembered as an “amiable” person, a “kuya (brother) to everyone,” and a “super buddy” to his cousins. To Filipinos, he will be recalled as a brave hero who lost his life to help save others in loyalty to his oath.