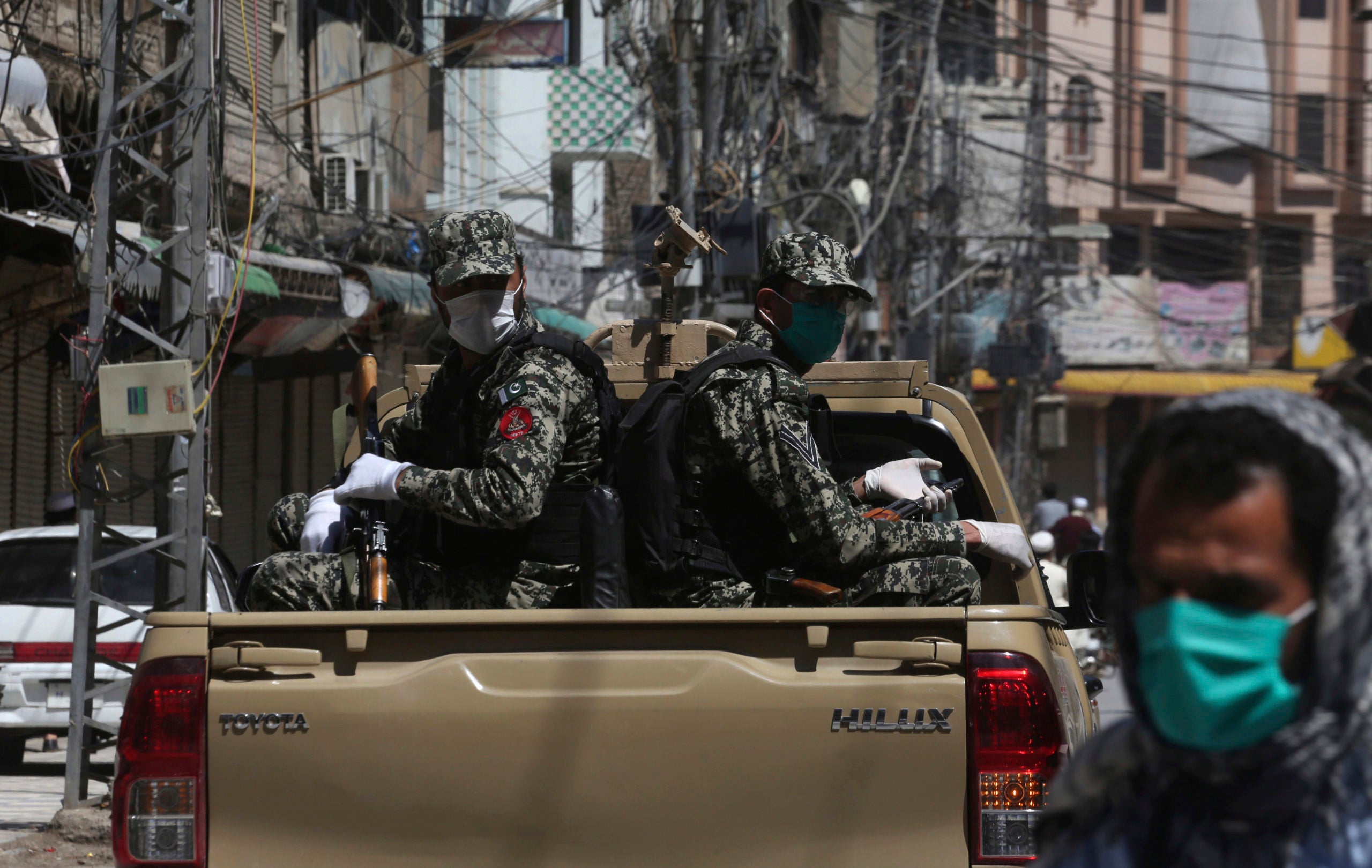 Soldiers patrol to enforce a government imposed a nationwide lockdown to try to contain the outbreak of the coronavirus, in Peshawar, Pakistan, Thursday, April 2, 2020. (AP Photo/Muhammad Sajjad)

ISLAMABAD, Pakistan  — Mosques were allowed to remain open in Pakistan on Friday, the Muslim sabbath when adherents gather for weekly prayers, even as the coronavirus pandemic spread and much of the country had shut down.

Prime Minister Imran Khan is relying on restricting the size of congregations attending mosques and advice to stay at home from religious groups like the country’s Islamic Ideology Council.

However, some provinces have issued their own lockdown orders to prevent Muslims from gathering for Friday prayers. In southern Sindh province, a complete lockdown is being enforced from noon until 3 p.m., the time when the faithful gather for prayers. Anyone found on the streets will be arrested, according to the provincial local government minister in a statement.

In eastern Punjab province, where 60% of Pakistan’s 220 million people live, checkpoints have been set up in major cities stopping people from congregating.

Still, mosques remain open in Pakistan, even as they have been shut down across much of the Middle East and elsewhere. The Middle East has confirmed over 85,000 cases of the virus and over 3,700 deaths, most of them in Iran.

Pakistan, with 2,450 confirmed cases and 35 deaths, has been sharply criticized for moving too slow to curb large gatherings, including a gathering of tens of thousands of Muslims from several Islamic countries in March. The gathering of Tableeghi Jamaat missionaries is blamed for several outbreaks of the new virus elsewhere in the world. The first confirmed cases that emerged in Gaza were traced to the gathering.

Entire neighborhoods, including outside the capital Islamabad, have been shut down because clerics who had attended the gathering tested positive for the virus.

Despite this, some religious leaders in Pakistan still urge the faithful to defy restrictions and gather at mosques.

Mufti Muneeb-ur-Rehman, head of a committee tasked with spotting the new moon in Pakistan marking the beginning of holy months such as Ramadan, went on television telling people their faith would protect them and they should attend the mosque.

For most people, the virus causes mild or moderate symptoms, such as fever and cough. But for others, especially older adults and people with existing health problems, it can cause severe symptoms like pneumonia that can be fatal.