US Navy fires captain who sought help for virus-striken ship

WASHINGTON  — The captain of a U.S. Navy aircraft carrier facing a growing outbreak of the coronavirus was fired Thursday by Navy leaders who said he created a panic by sending his memo pleading for help to too many people. 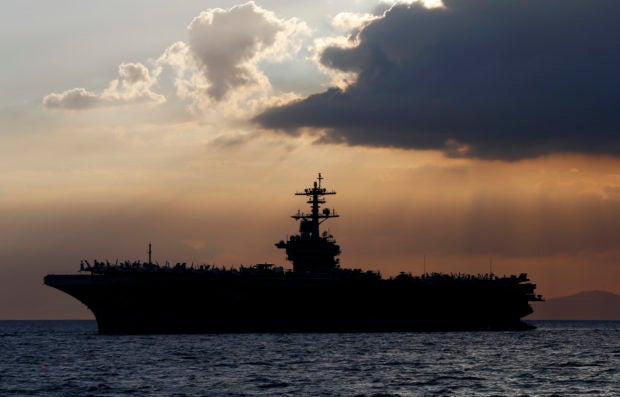 FILE – In this April 13, 2018, file photo the USS Theodore Roosevelt aircraft carrier is anchored off Manila Bay west of Manila, Philippines. The captain of the U.S. Navy aircraft carrier facing a growing outbreak of the coronavirus is asking for permission to isolate the bulk of his roughly 5,000 crew members on shore, which would take the warship out of duty in an effort to save lives. The ship is docked in Guam (AP Photo/Bullit Marquez, File)

He said the captain copied too many people on the memo, which was leaked to a California newspaper and quickly spread to many news outlets.

He said Crozier should have gone directly to his immediate commanders, who were already moving to help the ship.

The USS Theodore Roosevelt, with a crew of nearly 5,000, is docked in Guam, and the Navy has said as many as 3,000 will be taken off the ship and quarantined by Friday.

More than 100 sailors on the ship have tested positive for the virus, but none are hospitalized at this point.