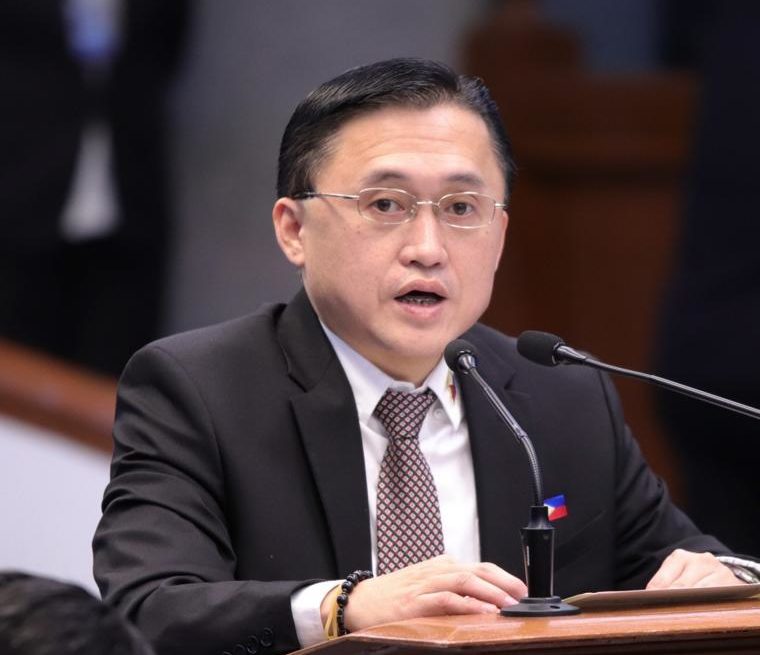 Government agencies and private entities mentioned in the false narratives also condemned the orchestrated black propaganda being spread while the country is already burdened by the COVID-19 health emergency.

(If there is something coming out again tomorrow, for sure that is for demolition and fake news. Don’t worry, karma will get them.)

The Medical City released a statement on Thursday morning saying, “There are news circulating that a raid of PPEs occurred in our premises on the evening of April 1. We deny this and encourage everyone to be careful in spreading unverified information.”

The fake news being circulated mentioned that a hospital raid took place on April 1 inside The Medical City in Pasig City. It also claimed that seized items are being repackaged and labeled for distribution to other medical facilities.

The Lucio Tan Group of Companies also recently released their statement explaining that they responded to the call for donations and Senator Go simply helped in facilitating the immediate distribution of personal protective equipment to medical frontliners.

Part of their statement said, “Due to numerous requests for assistance we have received, we have asked guidance from the Office of Senator Bong Go, in his capacity as Chairman of the Senate Committee on Health, in identifying beneficiaries which, in this instance, are the medical frontliners in Cavite. It is unfortunate that some quarters are misconstruing Sen. Go’s  advice due to labels on the packaging which the Senator has no knowledge of.”

Photos of donated boxes are being circulated on social media claiming that Go labeled these boxes to claim ownership of the donations, an accusation the LT group vehemently denied.

The Bureau of Customs also released a Notice to the Public saying that publicized complaints allegedly involving the BOC-DHL in the delayed release of medical donations because it has to be marked with the senator’s name are false and untrue.

Given the urgency of the situation, BOC is implementing a policy where shipments are “expeditiously processed and released…within the day to recipients as reflected in the covering Airway Bills.”  This is pursuant to the provisions of the Bayanihan to Heal as One Act calling for agencies to streamline and expedite distribution of emergency medical supplies and equipment, among others.

Meanwhile, the Office of Civil Defense (OCD) that was tasked by the President to take charge in consolidating donations of medical supplies and equipment intended for the national government and the Department of Health so that these can be efficiently distributed to government health facilities, also clarified that there is no truth to allegations that medical donations are being funneled and politicized in Malasakit Centers.

“To be clear, donations are not collected and are not distributed in Malasakit Centers. Moreover, Senator Bong Go does not and will not interfere with the task of the OCD. We are well-informed through our communication with their office that Senator Go connects private donors directly to their intended beneficiaries and helps facilitate the delivery of the donations,” said OCD’s statement.

In connection with this, Go already clarified that he has no involvement in the distribution of donations intended for the government.

(Because we are in a crisis, a lot of private donors are approaching us and asking for help how they can donate food packs, PPEs, medical equipment and other donations to our frontliners, hospitals and communities in need. We also receive messages from frontliners hospitals and communities asking for help. This is the reason why we act as a bridge between those who are asking help and those who want to give help.)

Go also clarified on the issue of donations from private donors where his name is printed on the labels being distributed in many hospitals. He explained that these private donors only wanted to acknowledge that they have sent donations and assistance with the help of his office.

(With the workload that we have, would it be possible to tell each one of them not to write something on the donations, and even tell the recipients not to give thanks to me? It is unavoidable because a lot of them want to help hospitals that lack these equipment.)

Go urged everyone to contribute in making sure that much needed medical supplies and equipment reach medical frontliners instead of wasting time spreading malicious information.

(I am asking please do not put politics in our move to help. Also do not spread fake news. That is not helping in our situation now. Let’s not put extra burden to people, let’s just help.)

To those creating and spreading fake news, Go advised them that if they cannot positively contribute to the situation, it would be best that they just contribute by staying at home and not causing any trouble.

(I cannot really comprehend that despite of the situation we are facing now, some people decided to spread malicious lies.)

(You are not destroying the government but the fellow Filipino people and yourself.)