Bayan to Duterte: Rather than making threats, just deliver aid 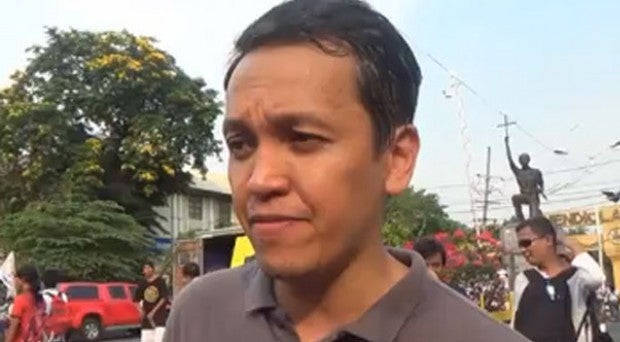 MANILA, Philippines — Instead of making threats, President Rodrigo Duterte should just deliver the aid that is being sought by the people, militant group Bagong Alyansang Makabayan (Bayan) said Wednesday.

In a statement, Bayan Secretary-General Renato Reyes said Duterte should have learned by now that problems would not be solved by shooting people or ordering to have them arrested.

“Rather than make threats, the President should just deliver the aid sought by the people. #TulongHindiKulong (Help not arrest)  is the people’s cry,” Reyes said.

“There is a problem with hunger, delayed delivery of aid, and lack of health services,” he added. “Even without the left, the people feel this hunger, as we have seen today.”

Bayan issued the statement after the President threatened leftist groups that he would not hesitate to have them shot should they dare to “challenge” the government during the coronavirus disease (COVID-19) crisis.

READ: Duterte warns left, troublemakers vs challenging gov’t amid COVID-19 crisis: I will order you shot

He issued the warning after 20 protestors from were rounded up in Quezon City for staging a rally without a permit, saying that they had not been receiving food packs from the local government.

The Quezon City government said, however,  that the protestors were instigated by “unknown” personalities to hold the rally.

Reyes added that the protestors, who were residents of San Roque, were not members of any leftist group,.

“Yet hunger affects everyone and so a spontaneous protest happened,” he added.

“The police responded with arrests instead of food. The public strongly condemned the government’s response,” Reyes said.