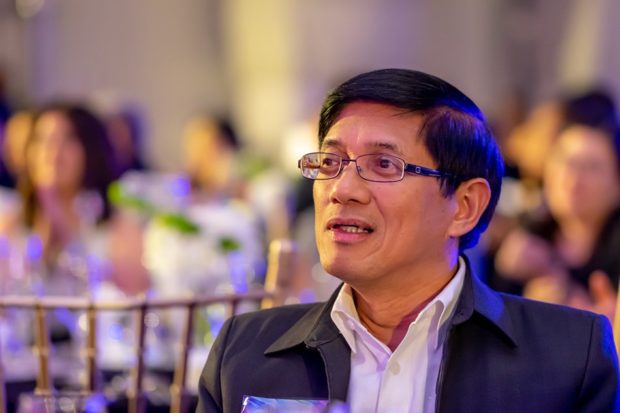 MANILA, Philippines — Rolando P. Valdueza, one of the most senior and long-serving executives of media giant ABS-CBN Corp., died on Monday, the company announced.

Valdueza was ABS-CBN’s group chief financial officer. He was set to step down this year after reaching the mandatory retirement age of 60 last March 11.

“We lost a good leader whose passion for service and love for people will always be remembered,” ABS-CBN said in its statement, without detailing the cause of his death.

“We thank him for generously sharing his brilliance and dedication so that ABS-CBN can fulfill its mission to serve the Filipino through the years,” the company added.

Valdueza was a former auditor with SGV & Co. He joined ABS-CBN in 1988— two years after the regime of the late dictator Ferdinand Marcos Sr. was toppled and control of the company was restored to the Lopez family.

He started out as a network budget officer before being assigned as Sky Cable regional director for Visayas and Mindanao. He was eventually named managing director of Pilipino Cable Company.

He was given more responsibilities in 2001 when he was made head of ABS-CBN’s Regional Network Group (RNG) in 2001. Given his knowledge of the group’s business and strong finance background, he turned the unit into a major contributor to ABS-CBN.

Valdueza was later promoted to ABS-CBN chief financial officer and in 2012 was named group CFO to also manage the company’s sprawling subsidiaries.

Within ABS-CBN, he was one of the “well-loved” executives who had a soft-heart for employees. He was also known for his personal generosity to the media giant’s various charitable programs.

His most recent public appearance was during a Senate hearing last February 24. He was part of the ABS-CBN entourage led by president Carlo Katigbak as the company made a strong case for its franchise renewal before lawmakers.

Valdueza was also an accessible source among the reporters covering ABS-CBN for his friendly nature and candid comments on the company’s business prospects for a given quarter or year.

Apart from handling ABS-CBN’s finances, Valdueza was also a savvy investor when it came to his personal money. He freely gave tips on how to invest in property, whether in the Philippines or overseas.

He told the Inquirer in 2015 that he wanted his family to have a comfortable life when he retired.