Thinking it is cure for COVID-19, methanol kills hundreds in Iran 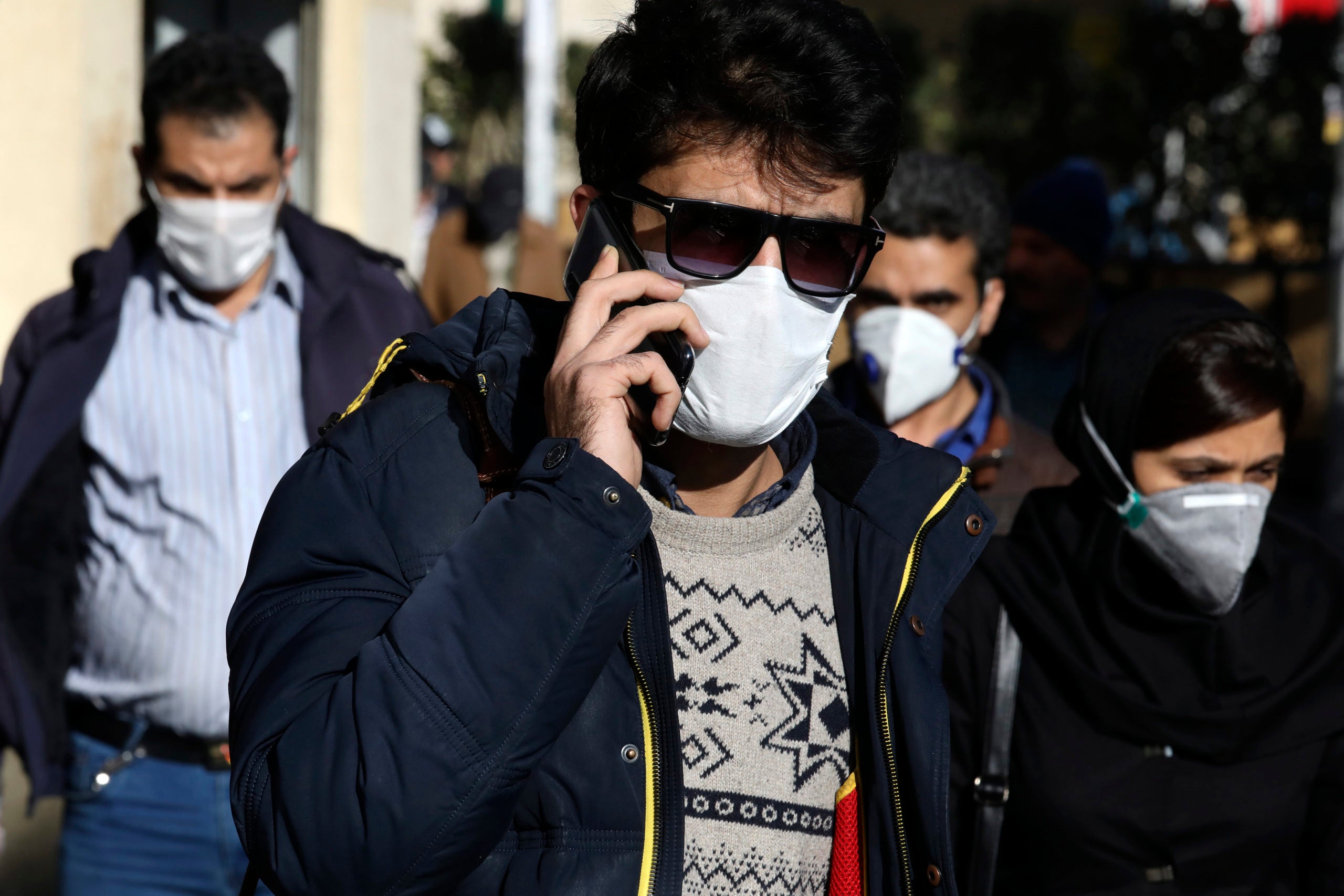 FILE — In this Monday, March 2, 2020 file photo, a man wearing a face mask, to help protect against the new coronavirus, speaks on his cellphone in downtown Tehran, Iran. Local media reported Thursday, March 26, 2020, that nearly 300 people have been killed and more than 1,000 sickened by ingesting toxic methanol across the Islamic Republic out of the false belief it kills the new coronavirus. That’s as messages forwarded through social media on people surviving the virus by drinking whiskey and using alcohol-based hand sanitizer somehow saw people seek out bootleg liquor in Iran. (AP Photo Vahid Salemi, File)

TEHRAN, Iran  — Standing over the still body of an intubated 5-year-old boy wearing nothing but a plastic diaper, an Iranian health care worker in a hazmat suit and mask begged the public for just one thing: Stop drinking industrial alcohol over fears about the new coronavirus.

The boy, now blind after his parents gave him toxic methanol in the mistaken belief it protects against the virus, is just one of the hundreds of victims of an epidemic inside the pandemic now gripping Iran.

Iranian media reports nearly 300 people have been killed and more than 1,000 sickened so far by ingesting methanol across the Islamic Republic, where drinking alcohol is banned and where those who do rely on bootleggers. It comes as fake remedies spread across social media in Iran, where people remain deeply suspicious of the government after it downplayed the crisis for days before it overwhelmed the country.

“The virus is spreading and people are just dying off, and I think they are even less aware of the fact that there are other dangers around,” said Dr. Knut Erik Hovda, a clinical toxicologist in Oslo who studies methanol poisoning and fears Iran’s outbreak could be even worse than reported. “When they keep drinking this, there’s going to be more people poisoned.”

The pandemic has swept across the world, overwhelming hospitals, crippling economies and forcing governments to restrict the movements of billions of people. Particularly hard hit has been Iran, home to 80 million people.

As of now, there is no known cure for COVID-19, the illness caused by the virus. Scientists and doctors continue to study the virus and search for effective medicines and a vaccine.

But in messages forwarded and forwarded again, Iranian social media accounts in Farsi falsely suggested a British school teacher and others cured themselves of the coronavirus with whiskey and honey, based on a tabloid story from early February. Mixed with messages about the use of alcohol-based hand sanitizers, some wrongly believed drinking high-proof alcohol would kill the virus in their bodies.

The Islamic Republic has reported over 29,000 confirmed cases and more than 2,200 deaths from the virus, the highest toll of any country in the Middle East. International experts also fear Iran may be under-reporting its cases, as officials for days played down the virus ahead of a parliamentary election.

That fear of the virus, coupled with poor education and internet rumors, saw dozens sickened by drinking bootleg alcohol containing methanol in Iran’s southwestern Khuzestan province and its southern city of Shiraz.

Videos aired by Iranian media showed patients with IVs stuck in their arms, laying on beds otherwise needed for the fight against the coronavirus, including the intubated 5-year-old boy. Iranian media also reported cases in the cities of Karaj and Yazd.

In Iran, the government mandates that manufacturers of toxic methanol add an artificial color to their products so the public can tell it apart from ethanol, the kind of alcohol that can be used in cleaning wounds. Ethanol is also the kind of alcohol found in alcoholic beverages, though its production is illegal in Iran.

Some bootleggers in Iran use methanol, adding a splash of bleach to mask the added color before selling it as drinkable. Sometimes it is mixed with consumable alcohol to stretch the supply, other times it comes as methanol, falsely advertised as drinkable, Hovda said. Methanol also can contaminate traditionally fermented alcohol.

Methanol cannot be smelled or tasted in drinks. It causes delayed organ and brain damage.

Symptoms include chest pain, nausea, hyperventilation, blindness, and even coma.

“It is rumored that alcohol can wash and sanitize the digestive system,” said Dr. Javad Amini Saman in Iran’s western city of Kermanshah, where dozens have been hospitalized, “That is very wrong.”

Other Muslim nations that ban their citizens from drinking also see such methanol poisoning, although Iran appears to be the only one in the pandemic so far to turn toward it as a fake cure.

In Buddhist Cambodia, police said they seized 4,200 liters (1,100 gallons) of methanol from a man who unwittingly planned to make toxic hand sanitizer because of the virus outbreak.

Muslim drinkers in Iran can be punished with cash fines and 80 lashes. However, minority Christians, Jews, and Zoroastrians can drink alcoholic beverages in private.

Locally made Iranian arak from fermented raisins, known as Aragh sagi, sells for $10 for a 1.5-liter bottle. Imported vodka sells for $40 a bottle.

“Every year during Nowruz, or the Persian New Year holidays that begin March 21, my customers double,” said Rafik, an Iranian-Armenian who makes vodka in the basement of his Tehran home. He spoke on the condition that only his first name be used for fear of arrest.

“This year, because of corona, it jumped up by four- or five-fold.”

Farhad, a self-described heavy drinker who lives in central Tehran, said alcohol remains easy to find for those looking for it.

“Even you can find it offered when you are walking down the street, ” he said.

Since 1979, Iran’s 40 alcohol factories have seen their production changed to pharmaceutical needs and sanitizers. Others had been left idle, like the abandoned Shams alcohol factory east of Tehran.

But now, in a time when even some mosques in Iran hand out high-proof alcohol as a sanitizer, officials plan to start work again at Shams to produce 22,000 liters of 99% alcohol a day.