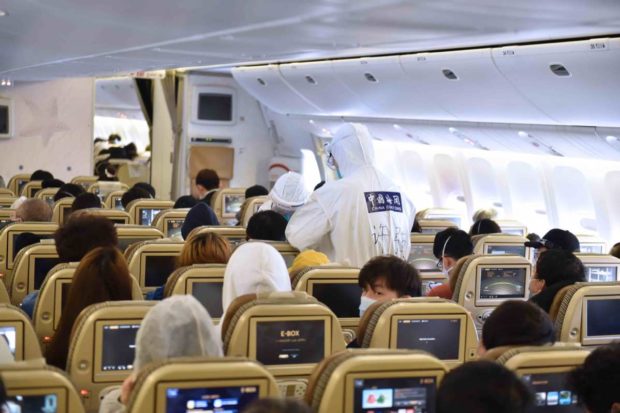 BEIJING — China has been grappling with an imported virus outbreak as the number of imported cases of novel coronavirus on the Chinese mainland remained on an overall upward trend, statistics from the National Health Commission show.

A total of 47 new confirmed cases of coronavirus and four deaths were reported on Tuesday on the Chinese mainland, bringing the two totals up to 81,218 and 3,281 respectively, the commission said on Wednesday morning.

With all new cases coming from travelers from abroad, Shanghai accounted for 19 of the new imported cases and Beijing reported five, along with five in Guangdong province and four in Tianjin municipality and Fujian province, and two each in Jiangsu and Sichuan provinces and the Inner Mongolia autonomous region.

The provinces of Jilin, Zhejiang, Shandong and Shaanxi each reported one imported infection on Tuesday.

By the end of Tuesday, a total of 474 imported cases of novel coronavirus infection had been reported, the commission said.

With another 33 new suspected cases reported Tuesday, a total of 134 people are still suspected of being infected with the virus.

Also on Tuesday, 491 people were discharged from hospital after recovery, while the number of severe cases decreased by 174 to 1,399.

A total of 73,650 people had been discharged from hospital after recovery as of Tuesday at midnight.

As of Tuesday, 102 patients in Hong Kong, 10 in Macao and 29 in Taiwan have been discharged from hospital after recovery.

Hubei province, the hardest-hit region on the Chinese mainland, has reported zero cases but saw three new fatalities on Tuesday.

The latest report brought the number of total confirmed cases in the hard-hit province to 67,801 and total deaths to 3,163.

The province also saw 487 patients discharged from hospital after recovery on Tuesday, bringing the total number of discharged patients in the province to 60,810, with zero suspected cases as of Tuesday at midnight.