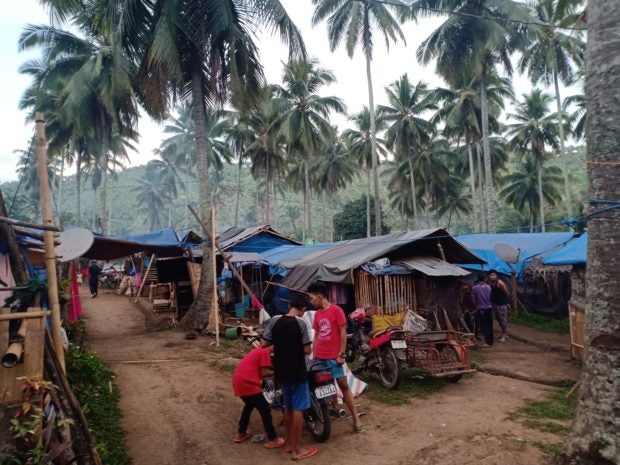 They were uprooted from their communities by powerful earthquakes last year, living with other families of a similar fate in cramped makeshift shelters.

As authorities put up a fight against the coronavirus disease (COVID-19), they were asked to go back so they may escape possible infection.

Cotabato Governor Nancy Catamco has ordered quake-hit families in the province who are living in evacuation centers to temporarily go back to their houses as long as these are still safe for occupancy.

Catamco issued the order to decongest the crowded evacuation centers, which host thousands of families awaiting transfer to permanent resettlement areas, months after a series of tremors in October and December displaced them from their communities.

Some of the families still have their houses standing but they have to evacuate as their communities were assessed to be prone to landslide brought either by heavy rains or another earthquake.

Such communities were thought to be “no-build zones” and residents were advised to leave, especially during the daily shaking last October.

Catamco noted that the families in the evacuation centers “are closely huddled and packed in a limited area,” making these prone to the spread of the virus.

In Davao del Sur, authorities have imposed a lockdown in the evacuation sites to limit the opportunity of the virus spreading there.

Davin noted that the evacuees’ living quarters were just several square meters in size, the same space for eating, sleeping, and whiling away time.

Amid this predicament, Davin said the observance of proper hygiene and sanitation would hopefully do the trick, ordering the Municipal Health Office to ensure that evacuees follow these norms.

He also ordered a lockdown in all evacuation sites, which meant residents could go out only if there are important reasons, so the chances of carrying the virus into their cramped quarters are significantly lessened.

In Barangay Balnate, an additional camp was being put up to decongest the crowd of 260 families; 52 families were already placed in new tents.

In Magsaysay, at least 12 evacuation camps are mostly in the far-flung villages of the town.

The flow of goods donated to the evacuees only pass through health personnel, social workers, and camp managers.

In Digos City, Mayor Josef Cagas also imposed a lockdown in the evacuation camps in the hope of shielding the evacuees from the virus.

Before the lockdown in Magsaysay evacuation camps, some residents were sent to hospitals for fever, diarrhea, stomach pain, and headache. A 7-year-old boy was also afflicted with cholera.

Davin hoped his order placing the entire town under quarantine could spare them the virus, or buy time, while the local government continues work on the permanent shelters for over a thousand families, whose homes were destroyed by the tremors in October and December last year.

Recently, the National Housing Authority (NHA) has turned over 70 houses in Barangay Malawanit. Work is set to start for 204 more houses, also given by the NHA, in Barangay Upper Bala.

Carandang said the amount was taken out from the soldiers’ meal allowance.