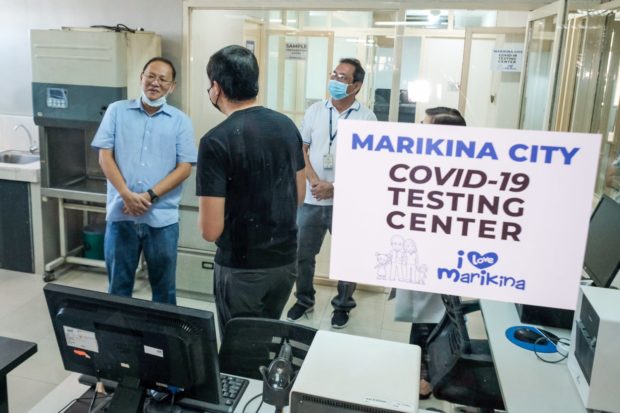 MANILA, Philippines — Marikina Mayor Marcelino Teodoro has chided the Department of Health (DOH) for halting the opening of its own testing laboratory, asking it to treat the city “like a partner” in solving the health and economic crisis prompted by the coronavirus pandemic.

“[The] DOH should not treat Marikina as a client applying for a license to operate a laboratory like this, but it should be a partnership,” Teodoro said after meeting with DOH officials on Monday. “This is a whole-of-government approach where local and national agencies need to help one another.”

The city with a population of 450,000 was one of the first in Metro Manila to report a confirmed case of COVID-19, the disease caused by the novel coronavirus. It was set on Monday to start its own testing before the DOH said it needed to evaluate the laboratory first.

But Teodoro stressed the need to act urgently, to get test kits into the hands of “our countrymen who live below the poverty line” and ensure testing was democratized—particularly for those who could not afford care in private hospitals.

The mayor added that the testing center established by Marikina would also be open to its neighboring cities—including Pasig, home to nearly 800,000, and towns in Rizal province, where early confirmed COVID-19 cases were linked.

Mass testing has been seen as crucial in the successful efforts of countries like South Korea to stem the spread of the virus, but testing here has been scarce—even as some politicians with no symptoms of the disease have been prioritized.

“The DOH should allow the city’s testing center and allow the locally developed testing kits to be used for mass testing,” the local government said in a statement. “People badly need to be tested for COVID-19 especially now that the country is facing a public health emergency.”