Esteemed UP prof and ‘China watcher’ succumbs to COVID-19 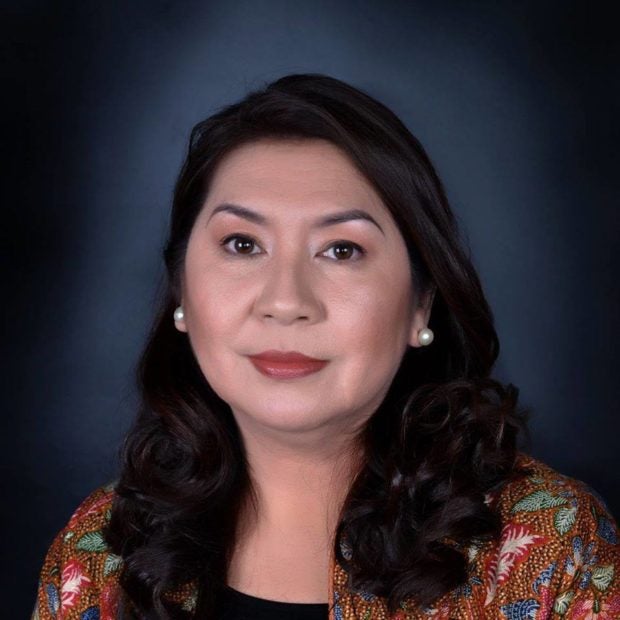 MANILA, Philippines — In her 40-year long sojourn as a “China watcher,” as leading sinologist and University of the Philippines (UP) professor Aileen Baviera had called herself, her heart had always remained with her country.

“If one has to take sides, one must take that of the Filipino people,” she wrote in an essay in 2019.

Baviera was “the only senior sinologist in the country with the academic expertise to back up her work,” law professor Antonio La Viña said of her.

On Saturday morning, the academic community was confronted with news that Baviera had died of severe pneumonia caused by the new coronavirus disease (COVID-19), from a virus that originated from the country she had studied for decades.

The professor and former dean of the UP Asian Center had succumbed to the disease at 3:55 a.m. at San Lazaro Hospital in Sta. Cruz, Manila. She was 60.

According to the UP Diliman Information Office, Baviera tested positive for COVID-19 on March 14, two days after returning to the country from a weeklong conference in Paris, France.

Upon her arrival in Manila on March 12, she went straight from the airport to the hospital for a checkup and was immediately confined.

She leaves behind three children. Her husband Jorge Baviera died of a heart attack just two years ago.

“Those who saw her juggle her multiple roles as academic, China expert, leader, wife, mother and friend can only wonder at how she did it all,” said La Viña, who had known Baviera since the 1990s during her stint in the Foreign Service Institute at the Department of Foreign Affairs.

Baviera’s journey as a leading China expert started in 1977 when, as a college student, she saw how Filipino activists were inspired by China’s cultural revolution in their struggle against the Marcos dictatorship.

Two years later, she decided to take graduate studies at UP and to specialize in Contemporary China.

Throughout her career, she served as a valuable resource on national security issues, including the West Philippine Sea disputes.

Having worked with Baviera on maritime and foreign policy issues for over 20 years, maritime law expert Jay Batongbacal considers her not just a quintessential scholar, but also a mentor and friend.

It was Baviera who recruited him to UP where he taught at the UP Asian Center for a couple of years while she was dean, he said.

“She was probably the only one who could truly understand China in this changing world, unlike the old guard who romanticized China, or the new scholars who either idolized or feared it,” said Batongbacal. “She was able to see and point to the truth that was often in between.”

One of her foundation’s fellows is Julio Amador, executive director of Fulbright Foundation in the Philippines.

Amador remembers Baviera as an “exceptionally kind and generous person” who was also a great mentor to young academics and foreign policy leaders.

“If there was one thing that people should not forget about Baviera, it is that she was a patriot who called on people not to be pro-China or pro-US, but to be pro-Philippines,” he said.

Cynthia Bautista, Vice President for Academic Affairs of the UP system, who worked closely with Baviera at the Asia-Pacific Program of the Center for Integrative and Development Studies in the 1990s, said she had always admired the China expert’s capacity to “engage passionately with the object of her study while simultaneously maintaining objective distance.”

“She was a policy analyst, a negotiator, an activist—advocating among many others a middle ground in the geopolitics of US and China, a staunch defender of national interest in the South China Sea with an international perspective, an indefatigable and inspiring collegial leader, but above all, a beautiful human being blessed with a kind heart and generous spirit. She will be sorely missed.”

In February, La Viña recalled speaking with Baviera when she helped organizers of a regional forum on climate change.

“Her being a patriot did not prevent her from being a global citizen, as her life work showed that there’s no contradiction in being both,” he said.

It turned out to be his last exchange with the sinologist.

Baviera’s “China watching” may have ended, but her legacy as “an intellectual giant and a patriot of the highest order,” as La Viña describes her, will endure.

Read Next
Faces of the News: Vico Sotto
EDITORS' PICK
Percy Lapid’s kin: ‘We demand that his cowardly assassins be brought to justice’
Nothing’s certain so here’s how everyday Filipinos can make the most out of their Plan B
Do all the things you do, faster
PNP vows to bring justice for slain Percy Lapid; says probe underway
House energy committee chair Arroyo bats for cheap electricity
‘Seniority’ requirement despite vacant posts in DOH bothers senators
MOST READ
Student stabs teacher dead in Samar town
Trixie Angeles quits as press secretary due to health reasons
Not rehired?: Trixie Angeles not on list of reappointed Cabinet execs
Final net satisfaction rating slightly decreases for Robredo, Sotto — SWS
Don't miss out on the latest news and information.