MANILA, Philippines — The Philippine National Police (PNP) has disowned a travel ban graphics used by its officers on the ground as a basis to arrest people violating the home quarantine imposed by the government.

“The IATF does not have guidelines that are very specific. That [the graphics] is unauthorized,” Justice Secretary Menardo Guevarra said, speaking partly in Filipino.

Guevarra is a senior member of the Inter-Agency Task Force on Emerging Infectious Disease.

Undersecretary Markk Perete, spokesman of the Department of Justice, said it was the PNP who issued the clarification about the graphics.

“They said they will relay this to the local units to prevent further reliance on this for arrest,” Perete told reporters.

However, no one can confirm who initiated or where the travel ban graphics came from. 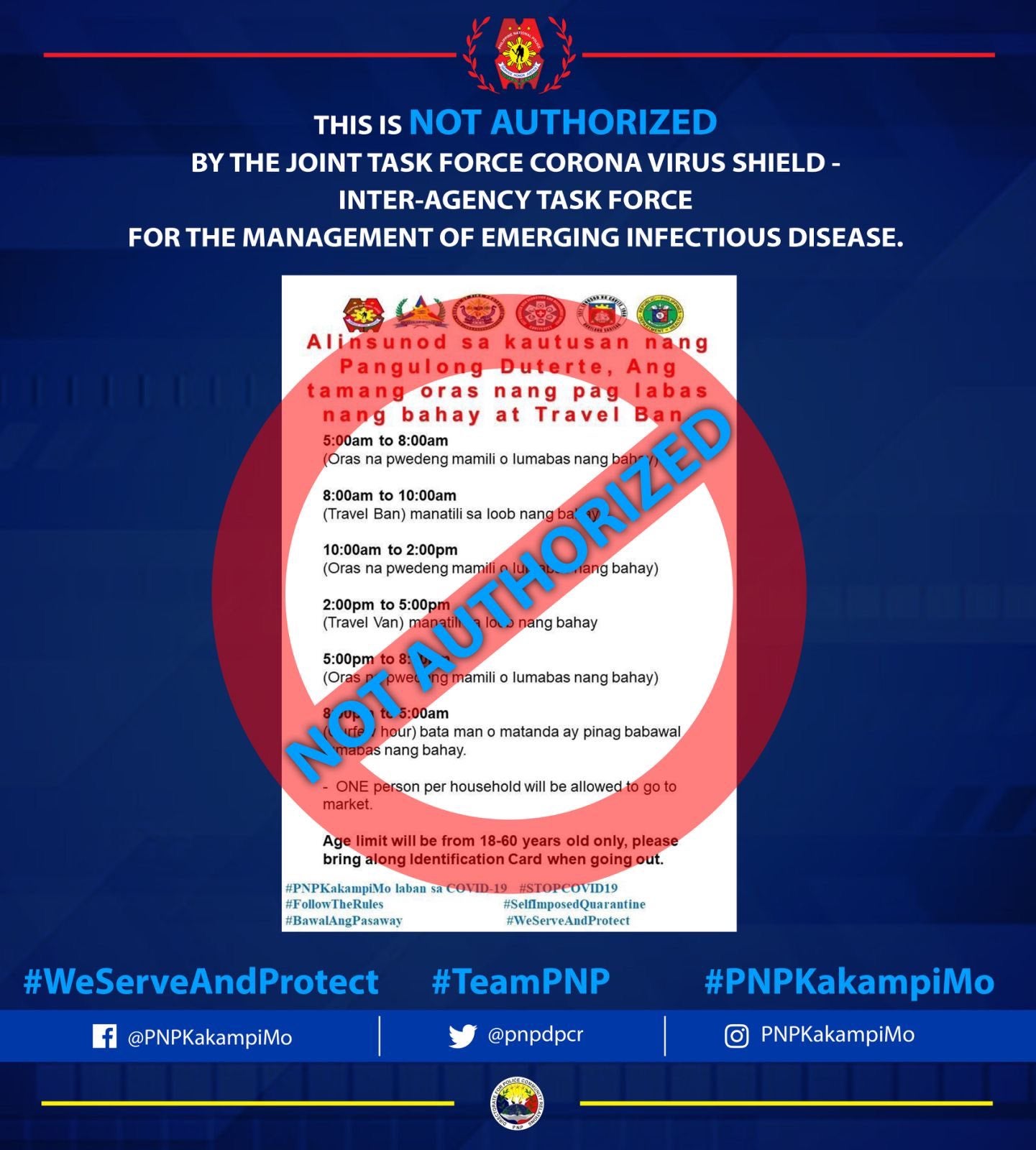