Privilege at the height of pandemic

MANILA, Philippines — The coronavirus disease (COVID-19) may not be able to choose the person it infects, but the narrative surrounding it goes beyond who’s infected and who is not. After all, it has also exposed the disparity between the rich and the poor—and the privilege that goes along with it.

The implementation of the enhanced community quarantine over the Luzon also meant the suspension of public transport services and stricter manning of borders separating cities and municipalities, leaving thousands of workers and commuters stranded on the streets.

The order sought to keep people at home but many were left with no choice but to leave and go to work—or else they would not earn a living, especially at a very crucial time like the virus outbreak.

But influencer Cat Arambulo drew flak after sharing her reaction online to a news story playing on her television showing crowded checkpoints. Calling the individuals “motherf*ckers” and “stubborn,” the influencer asked why they cannot simply stay at home.

With her rant sparking outrage on social media, Arambulo has since apologized. But the apology, still, failed to acknowledge that many are out in public to attend to their jobs. 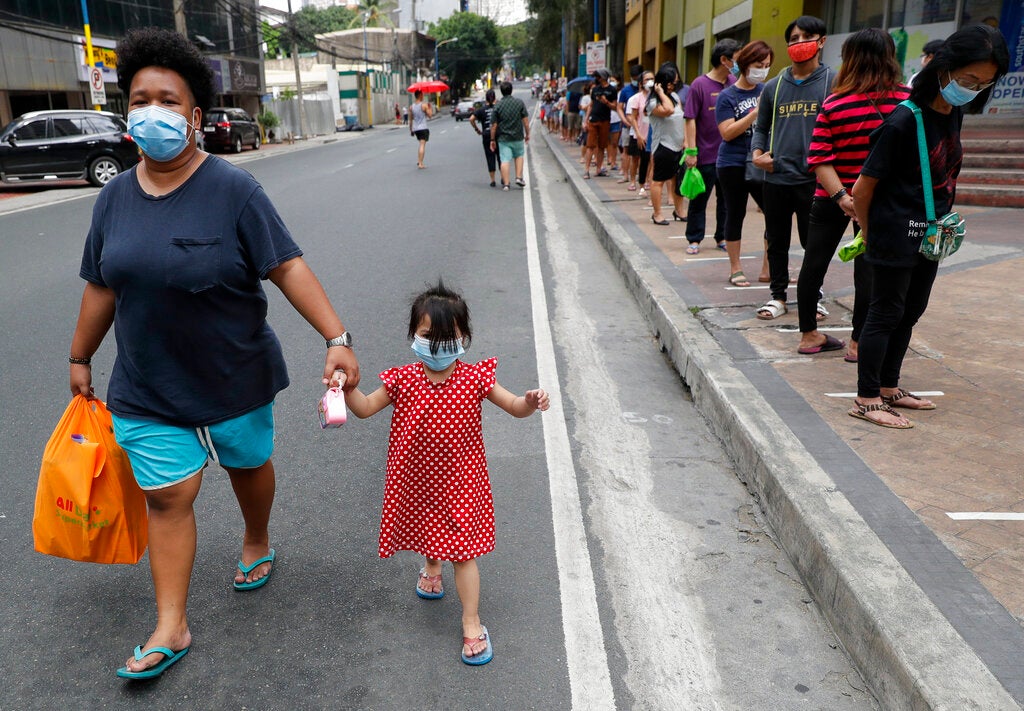 Residents line outside a supermarket in Manila, Philippines, while the government implements a localized quarantine as a precautionary measure against the spread of the new coronavirus. (AP)

University of the Philippines-Diliman Sociology instructor Athena Charanne Presto said such instances show the privilege in the society which stems from various reasons.

“Most of the privileged, they don’t know that they are privileged,” Presto told INQUIRER.net in an interview.

“In the very specific context of staying at home, the fact that you have a house, it’s already a privilege. So hindi mo pwedeng sabihin na, ‘Ay, hindi naman ako privileged.’ May bahay ka, pribilehiyo iyon,” Presto said.

“In a very specific context, if you have something and it’s something that is very important that other people don’t have, then you are privileged,” she said. 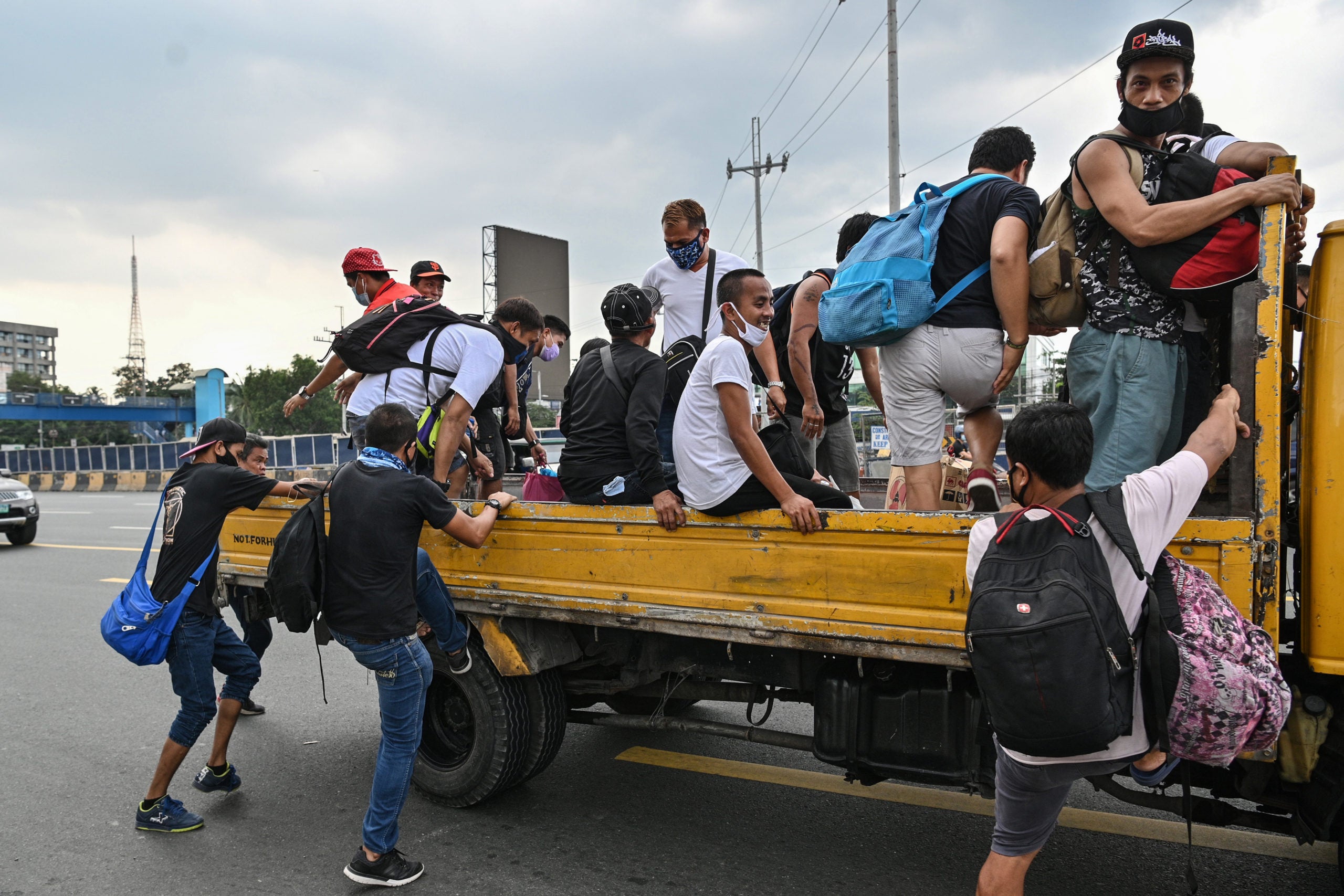 Residents get into a truck for a free ride home in Manila. (AFP)

Now, where does privilege stem from? A lot of things, said Presto.

Privilege can be viewed from the perspective of family background: Is a person coming from an old-rich family or families whose wealth have been passed down from one generation or another?

“Magandang tingnan rin yung angle kung sila ba ay from old-rich families kasi they really have more tendencies to feel out of touch kasi they never experienced the feeling of the possibility of having nothing kasi time immemorial mayaman na sila,” Presto said.

(We can also look at this from the angle of whether or not they came from old-rich families because they really have more tendencies to feel out of touch because they never experienced the feeling of the possibility of having nothing because they have been rich time immemorial.)

Likewise, this privilege that has always been present and engraved in society also makes people lose a sense of empathy or failing to place themselves on other people’s shoes.

“This kind of society has already engraved in our mind that in order for you to be able to get what you want, then you just have to follow, and follow and follow,” Presto said.

“For example, if you wanna be successful in life, we have to work hard. Parang, paano naman yung mga taong kumakayod araw-araw pero mahirap pa rin ang buhay (How about those who are working hard everyday but remains poor)?”

She added: “A lot of people who are now successful, think that they were able to get there because they worked hard but that’s not the same for everybody. And in that instance, that’s lack of empathy — not being able to look beyond yourself.”

Unfortunately, instances such as pandemics only highlight this privilege separating social classes.

“It’s not really that surprising in these kinds of times [because] we are forced to do all of these things, to self-isolate because they fear for their own safety, and that isolation also takes the toll on us na parang, ‘Ay, nahihirapan akong mag-isolate and then eto kayo na hindi pa rin sumusunod kahit na hirap na hirap na ako dito, makisama naman kayo’ (like, ‘I am having a hard time in isolation and then there you are not following orders even if I am already struggling, just cooperate),” Presto said.

Government policies also come into play evidenced by the confusion and problems faced by the public on the first days of the quarantine that also affected those in the frontline in fighting the pandemic.

Presto said that yesterday’s events showed that most of our frontliners in this fight against the coronavirus pandemic are commuters, which exposed loopholes in the government’s policy on the suspension of the mass transport system.

“It exposes the fact also that most of our most essential workers in Metro Manila are part of the urban poor but when they crafted the guidelines na dapat lockdown entirely (that it should be a lockdown entirely), they did not even think of people who will get stuck na kailangan magtrabaho (who need to work),” Presto said.

Now, it raises the question: If those in the frontline were seemingly not considered in policy-making, what more are those under the informal economy—such as street vendors, among others?

“Paano pa kaya yung mga nasa really really depressed areas na wala ngang formal jobs (How about those in depressed areas who do not have formal jobs)? In the informal economy, it would be hard for policy-making because you are not formally accounted for in government data,” Presto said. 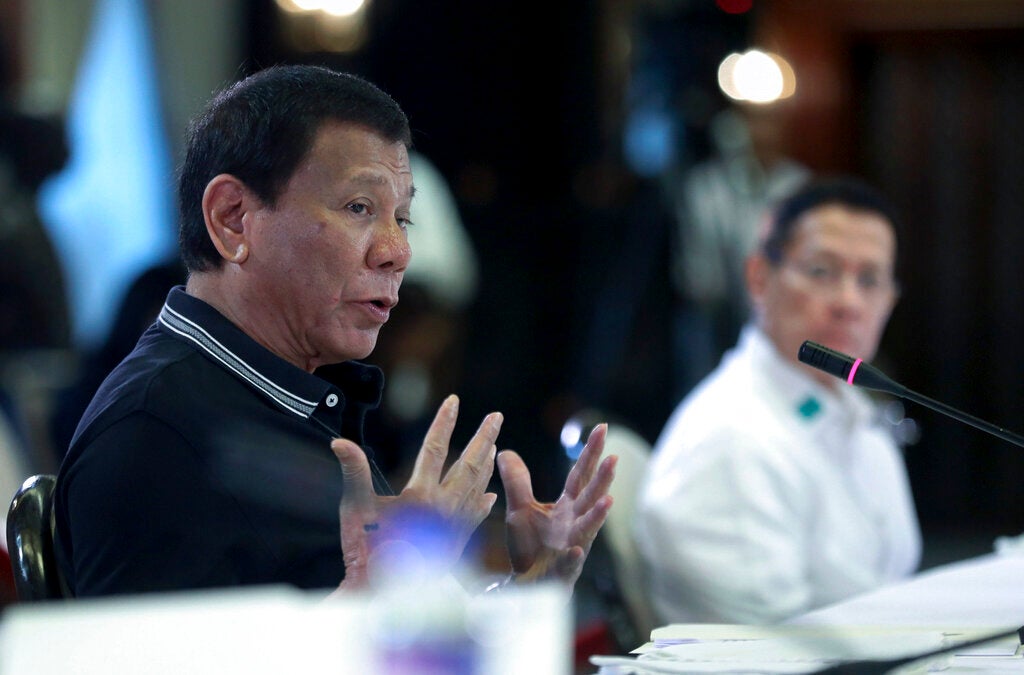 President Rodrigo Duterte gestures as he speaks during an Inter-Agency Task Force for the Management of Emerging Infectious Diseases at Malacanang. (Malacanang Presidential Photographers Division via AP)

The only choice we have

Gloria Arellano, national chairperson labor group Kadamay, said that for many workers—especially those who are under the no work, no pay scheme—a day of not working equates to hunger in their family.

(How much is the earning of our workers? They are not even earning enough in a day. One day of not leaving their house to work means hunger for their family.)

So while they are also concerned with preventing the spread of the virus, Arellano said that other measures could be in place that will not heavily affect poor workers.

(We do not need checkpoints, what we need is fight the virus locally. Community leaders and mayors are the ones who need to act, not soldiers.)

The next time we ask why people are out there, let’s remember: We’re sitting on a nice couch. 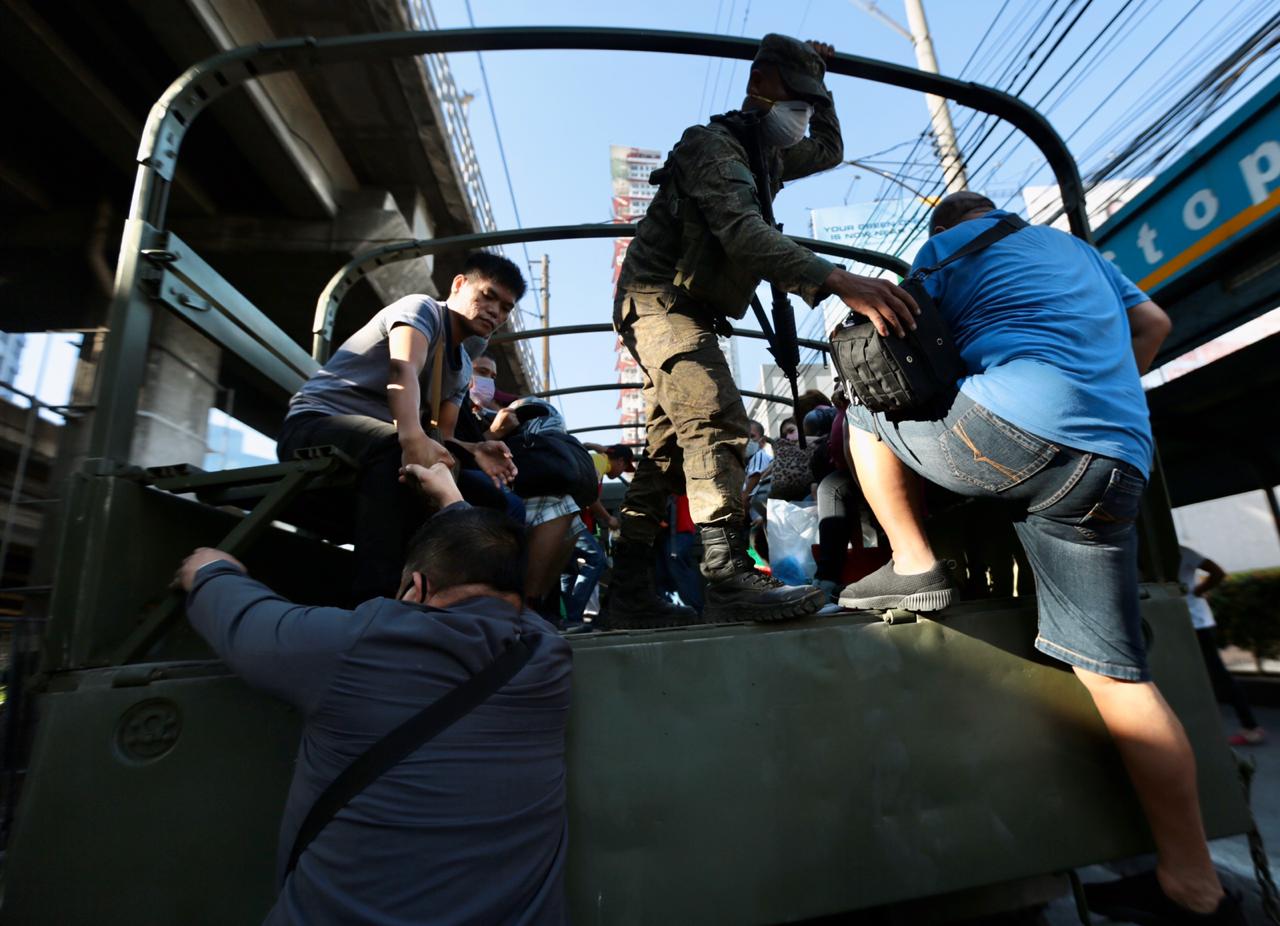 A military truck picks up passengers along EDSA on Wednesday, March 18, 2020, on the second day of the Luzon wide enhanced community quarantine. (Grig C. Montegrande/Inquirer)