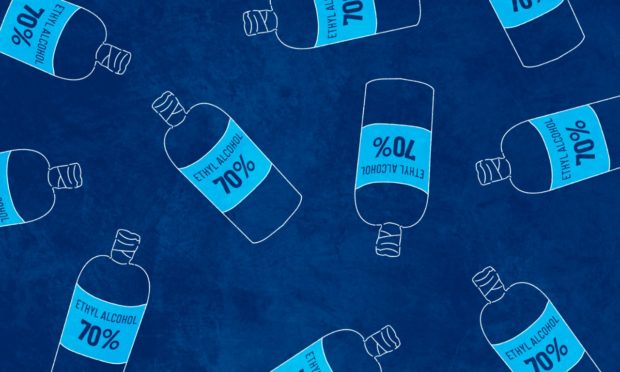 They say to always look for those who help.

Craft beer maker Raoul Masangcay, owner of Elias Wicked Ales & Spirits, is uncertain of what the COVID-19 pandemic and the enhanced community quarantine would mean for his business. But it seems the possible economic losses are the last thing on his mind.

Masangcay temporarily shuttered his two breweries in Quezon City and Parañaque to focus his attention instead on turning his craft beer into something not recommended for drinking but one needed urgently these days—70 percent ethyl alcohol.

He and his staffers initially made a small batch early this March in light of rising cases of COVID-19, placing 60-milliliter spray bottles of alcohol around their establishments for customers to use and take for free. But when reports about panic buying and hoarding of basic necessities poured in, Masangcay knew they had to do more.

He had gotten calls from people about the lack of sanitizers and rubbing alcohol in hospitals and was also contacted by Lifeline Parañaque if the brewery could possibly donate alcohol. These pleas didn’t fall on deaf ears. Masangcay and his employees made more.

“I actually heard that there are no more alcohol in stores,” said Masangcay, partly in Filipino. “So that was the idea. Why not just make our own, try to help out? We have the capability,” he said.

“Initially it’s just a small run then we decided to increase our production to 1,500 bottles,” he added. 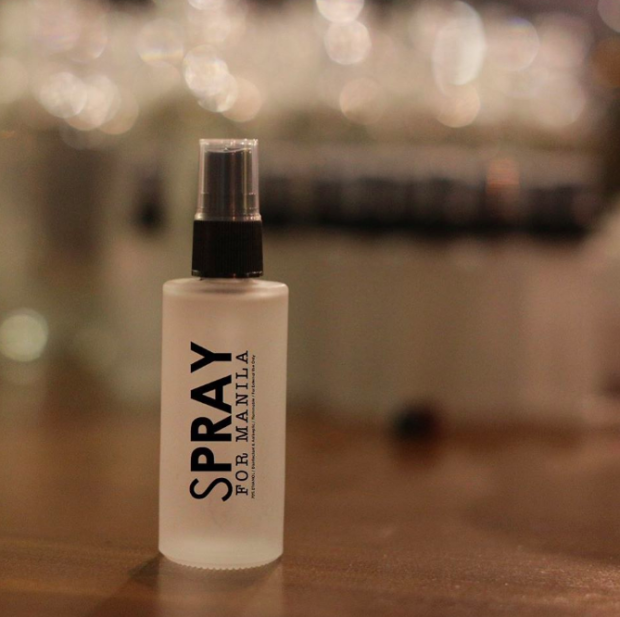 HELPING WITH CLASS. Local brewer Elias Wicked Ales & Spirits produces and brands its own ethyl alcohol for distribution for free to hospitals and health workers on the frontline of the fight against COVID-19 in Metro Manila and Bulacan province. PHOTO FROM FACEBOOK PAGE OF ELIAS WICKED ALES & SPIRITS

The bottles are 60-milliliters each and Masangcay and his employees planned to distribute these to Philippine General Hospital in Manila, Marcelo Padilla Hospital in Bulacan province, Ospital ng Maynila, Ospital ng Makati and Lifeline Paranaque.

When asked if they would be able to make a third batch, Masangcay said he and his workers were unsure.

Some friends and relatives have reached out to him and offered help to sustain the initiative, but the community quarantine had seen many establishments close shop, including his suppliers.

“We don’t know what’s the plan for the coming days, if we will be doing another batch,” he admitted.

He added that there’s no more space in his brewery and suppliers have closed down like those who produce bottles, spray and print labels on these.

They apparently had ordered sticker labels from a printing company for the spray bottles, which read “Spray for Manila,” but the printers had already closed due to the quarantine. Masangcay was able to convince the printer to deliver the labels so they can finish preparations for the second batch of ethyl alcohol.

Distilleries to the rescue?

It isn’t just Masangcay who had thought of making alcohol or sanitizers for people who needed these in these trying times.

Distilleries in the United States have also taken to concocting their own sanitizers as an urgent response to the shortage of rubbing alcohol in stores.

Among these distilleries are the Eight Oaks Farm Distillery in Pennsylvania, Durham Distillery in North Carolina, and Green Mountain Distillers and Smugglers’ Notch Distillery in Vermont, according to an Associated Press report last March 17.

In Masangcay’s case, his brewery was capable not just of fermenting beer, but also making spirits thanks to having small pot stills, equipment for distilling. But the process takes time and patience. It takes at least two weeks to complete fermentation and distillation.

His brewery uses barley, a kind of cereal grown in temperate climates and widely used to manufacture beer. “But of course barley is expensive so we add the actual sugar so we can create alcohol,” said Masangcay. 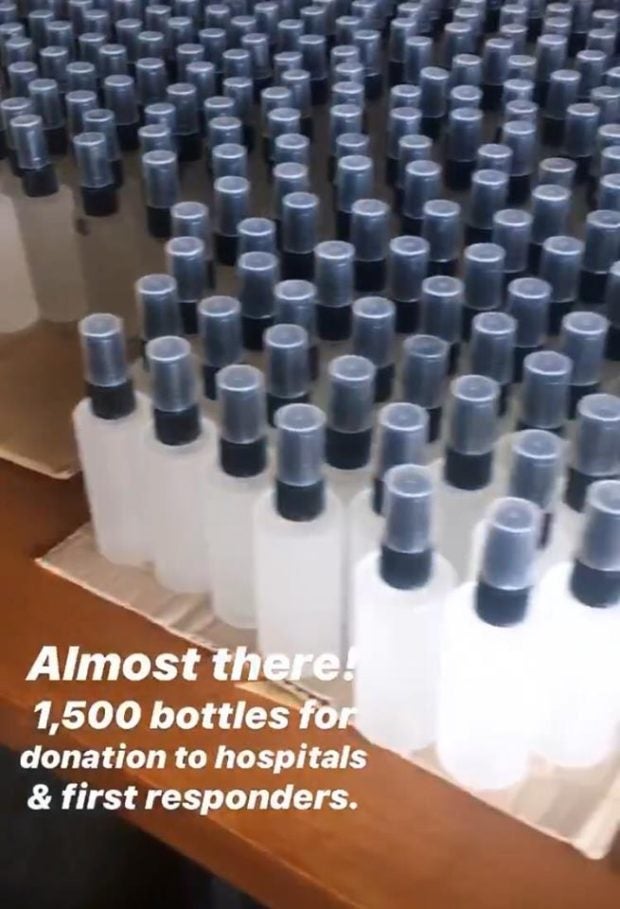 THE JOY OF HELPING. Local brewer Elias Wicked Ales & Spirits posts this photo of 60 ml bottles of 70 percent ethyl alcohol it was producing to partly counter massive hoarding, expressing pride in getting near its target of producing 1,500 bottles for hospitals and health workers on the frontlines. SCREENSHOT FROM INSTAGRAM STORIES OF ELIAS WICKED ALES & SPIRITS

He explained the process of fermentation: “If you have sugar and you have yeast, the yeast will eat the sugar to create ethanol or ethyl alcohol.”

Typical fermentation in the Elias brewery takes three to four weeks, but due to the urgency and need for sanitizers, Masangcay and his staffers decided to use distiller’s yeast to quicken the fermentation process and cut it down to two weeks. Once fermentation is done, they collect the beer for distillation, which would take around 5 to 6 hours.

The beer is placed in the pot still where it is heated until the alcohol evaporates at 80 degrees Celsius. The vaporized alcohol then goes through a condenser where drops of liquid are formed and collected.

“So for example, we’ve distilled it already the first time, we have to collect it again and then put it back to the still and distill it again,” he said, partly in Filipino.

“We collect the alcohol and, say, we’re able to collect 80 percent alcohol, to make it 70 percent we just dilute it with water to get the concentration to the right level,” he added.

In the middle of the initiative to help, Masangcay said he and his workers are also already planning to prepare for the time they would be fully operational again as a beer producer.

“Honestly, what we’re doing right now, we’re not earning from it…” he said. “Our plan is to focus on, after this, [the] production of our bottles — if my guys can still make it to the brewery. Just maybe prepare when everything gets back to normal.”

But, for now, duty calls and Masangcay and his team must deliver the bottles of alcohol to the hospitals.

“It’s really important for us to help each other, not hoard these alcohols, and try to also think of the frontliners,” he said. “That’s why we want to distribute them directly to the hospitals because the frontliners are really the [ones] that need them.”

“I think we need to have that mindset. We have to help the frontliners, we have to contribute. That’s what they said, right? Add to the solution, not the problem.”