Heroes on scooters: 2 friends give masks vs COVID-19 for free

The date was March 15, the first day of enforcement of the community quarantine that would virtually close Metro Manila’s borders. Two people were out on a mission.

Two scooter enthusiasts—Kenneth Mauricio and Bien Ace Bustamante—were braving the scorching heat outside to fulfill what they considered to be an urgent task—distribute face masks to people they would encounter on the road.

A week earlier, Bustamante had been browsing his Facebook timeline when he saw a post about people hoarding face masks for fear of the novel coronavirus 2019 (COVID-19) pandemic.

Everywhere, pharmacies and supermarkets ran out of face masks, a commodity that first became in high demand when Taal Volcano erupted and which has now turned into an essential tool in fighting COVID-19.

Signs announcing the unavailability of face masks hung at every pharmacy and supermarket. 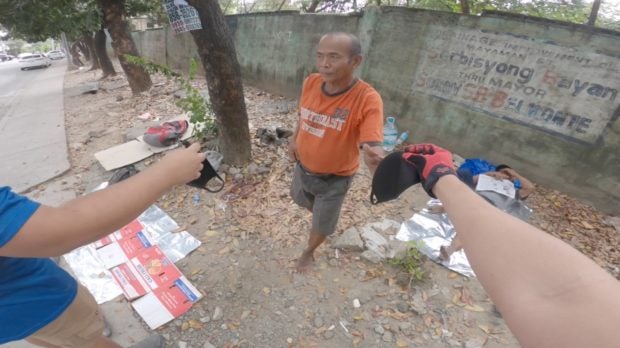 “It just dawned on me to feel pity for those who do not have access to face masks,” said Bustamante in an interview with INQUIRER.net.

“For us, we have the option to ride scooters or other vehicles to look for a drug store that sells masks. If we’re having a hard time, I thought about those people who don’t have that option,” he said. “How can they have masks?”

“How can they acquire that equipment? So we thought we will look for face masks then give it for free,” he said in Filipino.

The two friends hatched a plan—tap their love for scooters to be able to help others. But executing the plan turned out to be tougher than expected.

They searched for mask suppliers for nearly a week to no avail.

At one point, Mauricio scooted from Quezon City to an area known as Bambang in Manila, known for its rows of medical supply outlets, in the hope of scoring face masks.

“We were getting ready for a huge crowd, many vehicles but when we got there, there were very few people and vehicles because there were no more face masks,” Mauricio said.

“The shops have signages with the words: ‘We no longer have masks and alcohol’. They are all sold out,” he said.

Other stores that do not sell medical supplies are not spared from queries from people desperate to buy face masks, prompting these to also put up signs that they actually don’t sell the product. 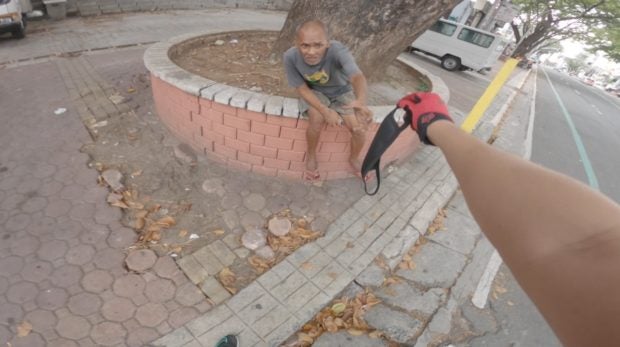 “It’s both funny and sad at the same time because that’s when you see people really hoarding for their own use,” Mauricio said.

It was not until the friends stumbled upon a seller on Facebook that they were able to buy around 100 face masks.

The friends immediately set out for their mission the next day—the same day that community quarantine took effect in Metro Manila.

On their scooters, the friends roamed Quezon City—from Diliman to Timog—around 1 p.m. and gave face masks for free to anyone they encounter.

Along the way, they met homeless men, street sweepers, street vendors, construction workers, taxi and jeepney drivers, traffic enforcers, gas station workers, security guards, among others. Most who got the face masks were the elderly.

“I thought we were really blessed because we were not in the same situation so I realized that it’s better that we are the ones giving than the one receiving,” said Bustamante.

The journey wasn’t easy, to say the least. During their mission, rain poured and delayed their trip. The friends were also trying to complete the mission before curfew hours set in.

They had hoped to expand the mission to Marikina City but with a limited number of masks to distribute, the plan had to be dropped. 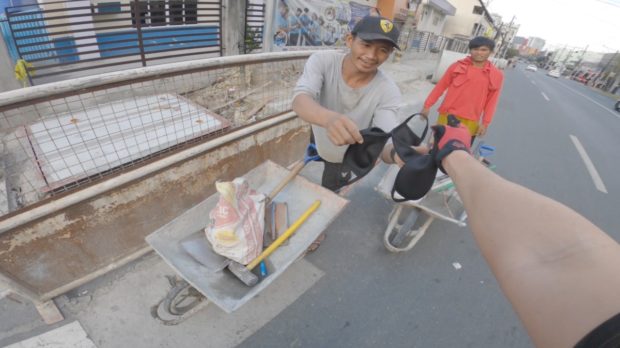 “They were very thankful and some were asking ‘how much is that?’ We would just tell them, no it’s not for sale, it’s free,” said Bustamante.

“Their smiles would melt your heart and you’ll be really touched,” he said.

The mission also opened the friends’ eyes to the reality that there’s still much that the government needs to do in response to the pandemic.

The friends said that there seemed to be lack of information, with some people they encountered not even aware of the existence of the virus since not everyone has access to social media or own a cellphone or television.

“I realized that there are still a lot of people that the government needs to reach out to. Their response is still not enough,” said Mauricio.

For Bustamante and Mauricio, helping others need no fanfare as they urged others to do so.

“Whatever you think you can do for the community, just do it,” Mauricio said. 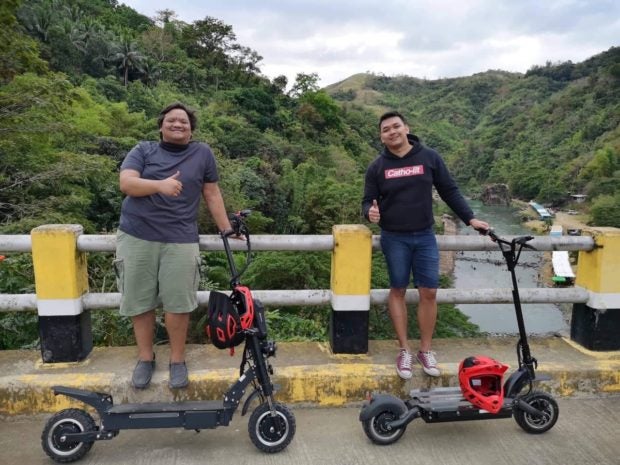