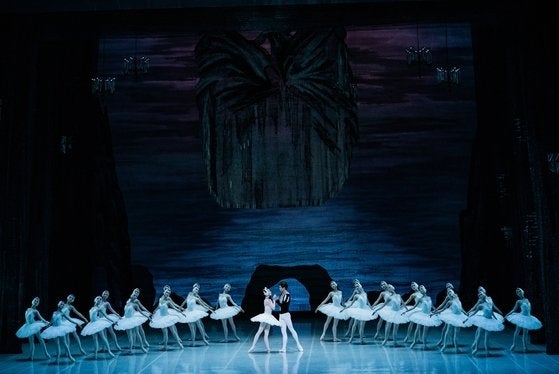 SEOUL — The Korean National Ballet has fired a dancer for inappropriate behavior, the first such action since the troupe was founded in 1962.

Na Dae-han, 28, corps de ballet dancer at the Korean National Ballet, was fired for traveling to Japan during home quarantine period. The national ballet company held a disciplinary committee meeting on Monday where the decision was made to fire Na.

Other members of the state ballet company were suspended for conducting private lessons during the home quarantine period from Feb. 24 to March 1. Soloist Kim Hee-hyun was suspended for three months and principal dancer Lee Jae-woo for a month for conducting lessons on Feb. 26 and Feb. 29, respectively. Kim’s suspension is longer as he was found to have held private lessons on multiple occasions.

The suspensions took effect Tuesday, and the members can appeal within 14 days.

The national ballet company told all members to go into self-quarantine after the performance of “Swan Lake” at the Daegu Opera House in mid-February. Daegu is the city hardest hit by the COVID-19 pandemic in the country so far. The company’s performances in Yeosu, South Jeolla Province and Jeonju, North Jeolla Province in late-February were canceled as the entire company went into self-quarantine.

However, Na – famous for his appearance on Mnet’s romance-reality show “Somebody” — was embroiled in controversy after posting a photo of himself in Japan with his girlfriend on his social media account Feb. 27.

“As a national troupe, we are sorry for causing trouble when Korea is in hard times facing COVID-19. Through this incident, the national ballet troupe will reform itself, enforcing strict discipline,” read a statement released by the troupe Monday.