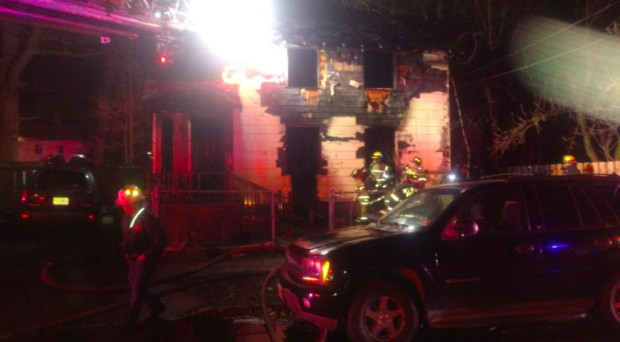 The home where Mario Reyes rescued a family of seven from a razing fire was destroyed. Image: Facebook/Piscataway Township.

A man risked his own life to save a family of seven from a burning home in New Jersey, United States, early morning on March 10.

“At one point Mr. Reyes caught a baby and a toddler that had to be dropped from a [second-storey] window by the mother,” the Piscataway Township said on March 10. “Mr. Reyes also went into the burning house at risk of his life to save others, bringing one adult out of the house.”

The family members have since been brought to the Robert Wood Johnson University Hospital for treatment. The house, on the other hand, had been destroyed by the fire.

Bianca Clark Muhammad, another neighbor, was the one who called 911 as she went out of her home to see what was going on, as per an exclusive report of CBS New York on March 11. She has since also commended Reyes for his bravery and called him a hero.

“This man was an absolute hero,” Muhammad said. “He caught babies, he broke down bars, and if they didn’t react the way they did, I’m certain that no one would’ve survived that.”

“We saw that he took the sledgehammer and he knocked out the bars that were on the basement window and we saw the man come out and so, I ran inside and I grabbed some clothes,” she added. “They had no clothing on. They were in their pajamas, they were sleeping. It was cold out.” Cody Cepeda/JB

Teens rush inside burning home to save 90-year-old neighbor