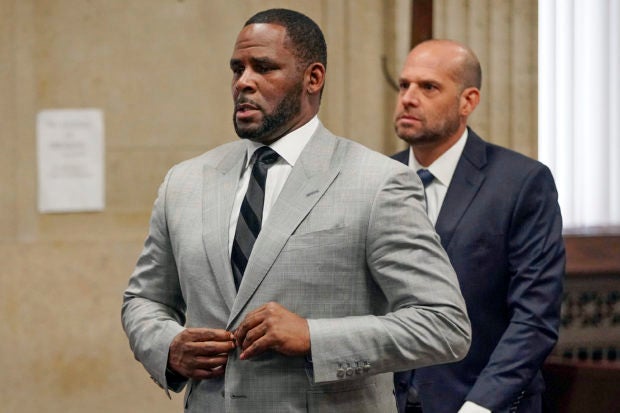 Federal prosecutors hit R. Kelly with more criminal charges Friday, accusing the disgraced R&B singer of having unprotected sex with a girl in 2015 without disclosing he had herpes.

The new racketeering charges were included in a revised indictment filed in New York City a week after the 53-year-old Kelly pleaded not guilty to a separate updated federal indictment in Chicago involving child pornography, sexual exploitation of children and other allegations.

The court papers in New York allege that the “I Believe I Can Fly” singer arranged for the minor —referred to only as “Jane Doe #5” — to travel to New York and other locations to have sex with him without informing her “he had contracted herpes and obtaining her consent to sexual intercourse in these circumstances.”

A message was left with Kelly’s attorney seeking comment. There was no arraignment date set for the new charges in federal court in Brooklyn.

The new charges further a string of dozens of other counts of state and federal sexual misconduct charges in Illinois, Minnesota and New York, from sexual assault to heading a racketeering scheme aimed at supplying Kelly with girls. He has denied ever abusing anyone.

The Grammy-award winning musician was jailed in July and has been awaiting trial at a Chicago federal jail a block from the courthouse where he attends pretrial hearings. He has participated in hearings in his New York case by video.

Federal prosecutors in Chicago have signaled they will file more charges, prompting a judge there to push Kelly’s trial date there to Oct. 13. A trial in Brooklyn is set to begin July 7. RGA