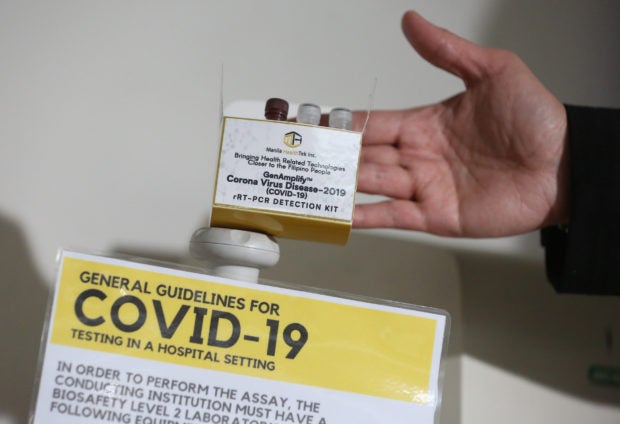 BY PINOYS, FOR THE WORLD The COVID-19 test kit known as GenAmplify still has to undergo field testing before being rolled out commercially, but it has earned high praise for the team of Filipino scientists who developed it.

MANILA, Philippines — As panic spread faster than the new coronavirus (COVID-19) around the world, local scientists at the Philippine Genome Center (PGC) and the University of the Philippines (UP)-National Institutes of Health (NIH) knew they were racing against time.

Inside a two-year-old building in a quiet corner of the UP National Science Complex in Manila, a team of 15 molecular biologists led by Raul Destura was able to develop a low-cost diagnostic kit for COVID-19, just two weeks after the whole genome sequence of the virus was released by China.

“It was a long and tedious process, we had to keep repeating it every step of the way,” said Destura, also the deputy executive director of the PGC. “And that meant many sleepless nights that we had to endure in order to address the country’s need [for the kit] and make it accessible to all.”

Developing a local test kit is part of UP’s mandate to harness the expertise of its academic and scientific community “to address the nation’s most pressing problems,” according to university president Danilo Concepcion.

So when Destura was summoned to a Senate inquiry on Feb. 5, he had already laid the groundwork for a Philippine-made COVID-19 test kit. He was ready.

GenAmplify, as the local test kit is formally called, has undergone a laboratory performance testing as early as February, but it also has to go through diagnostic clinical sensitivity, including genome sequencing, through partner hospitals before it can be rolled out commercially.

“As scientists of the university, it is our responsibility to address our country’s technological needs amid [this pandemic],” Destura said. “But the development of the technology has to undergo a long process and we have a moral responsibility to ensure public safety when we put out a new technology, that’s why we’re asking for a little more patience from the public.”

The purpose of the kits, the scientist said, is to create an environment of testing in localized settings.

But why the need to develop a test kit locally? 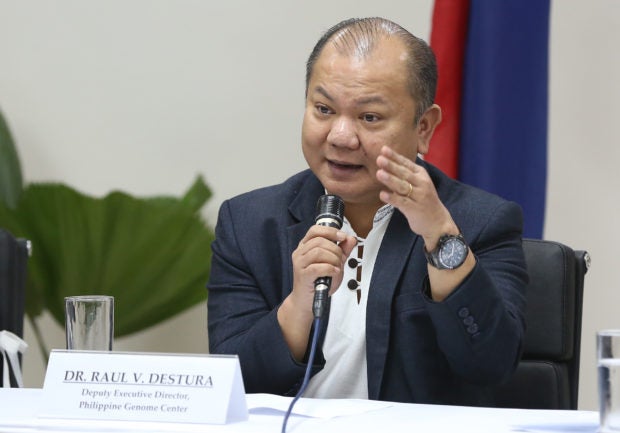 “If you go back to the history of the kit, when this problem exploded to the world, we were given the recipe for it,” said UP Manila chancellor Carmencita Padilla. “And all countries with the capability of developing the kit were expected to develop [one on their own].”

It thus became a “moral responsibility” for the country to do so, given the PGC’s technical capacity, Padilla said.

The resulting kit is significantly cheaper — at only P1,320 per test — compared with its imported counterparts, which cost as much as P8,500 per test.

“We realized that we have to respond to the needs of our researchers and [the country] in matters of national emergency,” Saloma said. “We are also prepared for the worst case scenario; we have a lot of molecular biologists from the UP College of Science who are willing to help the PGC.”

In the next two to three weeks, Destura’s team will be validating the genome sequencing tests for GenAmplify in order to determine and analyze the virus strains among patients.

After the validation, the technology can finally be rolled out commercially to local hospitals.

Similar to diagnostic kits for HIV-AIDS and Hepatitis B, GenAmplify also uses a machine to test polymerase chain reaction (PCR), a technique that is used to amplify trace amounts of nucleic acid in a sample in order to identify traces of the virus. Most tertiary hospitals are already equipped with PCR test machines, Destura said.

The detection kit was developed with funding from the Department of Science and Technology (DOST), through the Philippine Council for Health Research and Development.

Science Secretary Fortunato dela Peña said the government has allotted P2.5 billion for the development and validation of the kits, with 20,000 more kits expected to be produced soon.

The Food and Drug Administration has recently issued a certificate of exemption for GenAmplify, in lieu of a certificate of product registration, to fast-track the release of the new technology after the country was declared under a state of national emergency due to COVID-19.

On Monday, the UP-NIH will begin the field testing of its test kit through partner hospitals.

“At the end of the day our main intention is public safety, and when this is finished we can say that this is the kind of technology developed by Filipinos for the world,” Destura said.