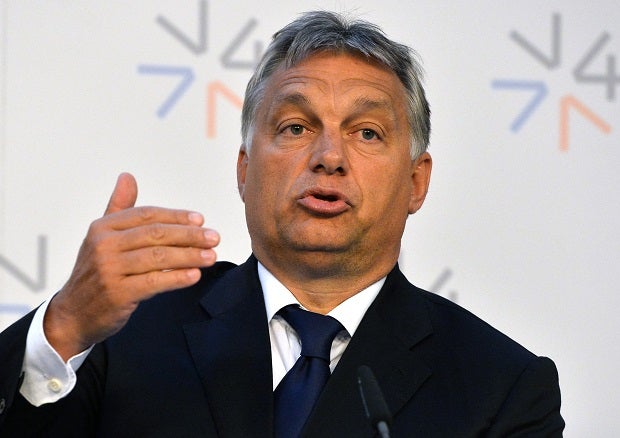 HUNGARY — Hungary’s nationalist Prime Minister Viktor Orban on Friday blamed foreigners and migration for the spread of coronavirus in Hungary, as the authorities announced that two infected Iranians were to be expelled.

Orban, asked during a radio interview why Hungary had closed its universities but not schools in response to the virus outbreak, said it was because “there are lots of foreigners there.”

“Our experience is that primarily foreigners brought in the disease, and that it is spreading among foreigners,” he said.

So far, Hungary has confirmed 19 cases of infections, nine of them Iranians (mostly university scholarship-holders), one British national, and the rest Hungarians.

“It’s no coincidence that the virus first showed up among Iranians,” said Orban.

“We cannot separate the tens of thousands of foreign students from the Hungarian students, that’s why we thought it best to stop all visits to those institutions,” he said.

The interior ministry announced Friday that two Iranian students diagnosed with the virus would be expelled because they had left a hospital quarantine hall without permission and with no protective clothing.

They had been aggressive towards the medical staff who placed them in isolation, the statement added. The pair would be expelled as soon as their health permitted and banned form staying in Hungary for three years.

In Hungarian-language messages posted on its Facebook page the government has warned Iranians of detention and deportation if they don’t cooperate with disease control authorities.

Last week after the first infections were confirmed — both Iranian students — Budapest suspended the issuing of visas to Iranian citizens.

Earlier in March Hungary barred the doors indefinitely to its border camps for asylum-seekers as it said refugees and migrants arriving there may have been in virus hotspot Iran.

Government officials and pro-Orban media have also drawn a link between the virus outbreak and migration.

“We are fighting a two-front war, one front is called migration, and the other one belongs to the coronavirus, there is a logical connection between the two, as both spread with movement,” Orban said Friday.