Pint-sized bird or smallest dinosaur? Whatever, it’s older than T-Rex 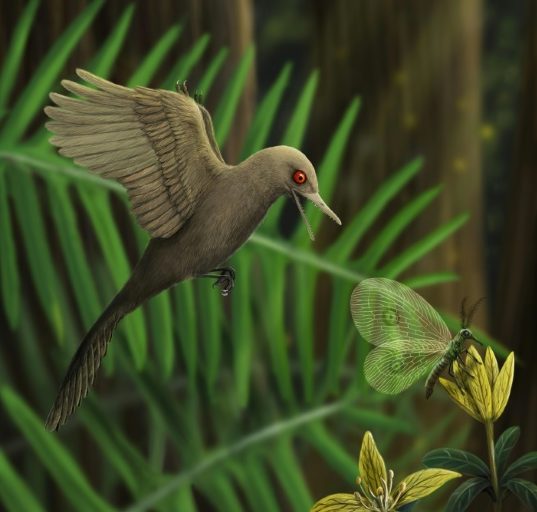 An artist’s rendition of the Oculudentavis khaungraae after its preserved skull was found in a globule of amber in Myanmar, offering researchers a startlingly clear view of its features. China University of Geosciences/AFP / Zhixin Han

PARIS—Tinier than the teeniest bird, older than T-Rex and perfectly preserved for eternity: scientists have identified a 100-million-year-old flying dinosaur encased in amber that may be the smallest yet discovered.

The skull of Oculudentavis khaungraae was found in a globule of amber in Myanmar, offering researchers a startlingly clear view of its features.

“When I first saw it, I was blown away,” said Jingmai O’Connor, a paleontologist from the Chinese Academy of Sciences and lead author of the study published in Nature on Wednesday.

The preserved skull is just 7.1 millimeters (less than one-third of an inch) long, likely making it the smallest dinosaur yet discovered. It would have been smaller than the smallest bird alive today, the bee hummingbird. 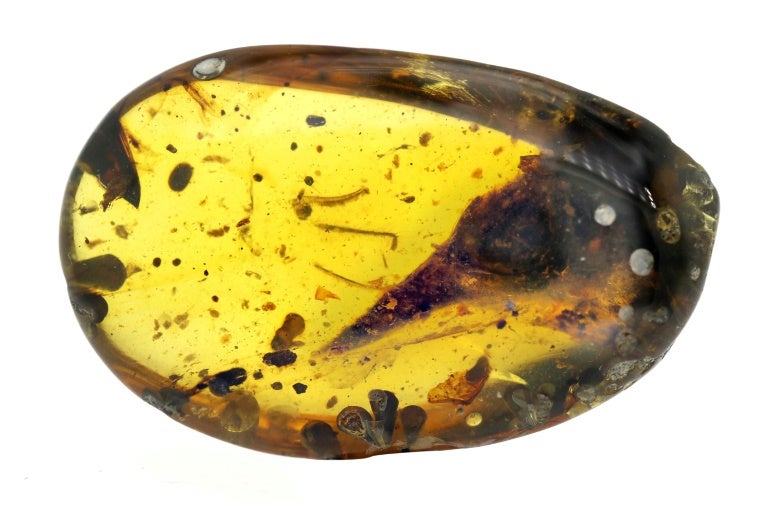 The preserved skull of the Oculudentavis khaungraaem is just 7.1 millimeters long, likely making it the smallest dinosaur yet discovered. China University of Geosciences/AFP / XING Lida

The team even refer among themselves to the specimen as “Teenie Weenie,” O’Connor said.

Despite its miniscule size, researchers believe it hunted insects, using its sharp teeth and large eyes to home in on prey.

As to whether Teenie is a bird or a dinosaur, O’Connor said the lines were blurry.

“We think it’s a bird—the skull has a shape that only occurs in birds and some dinosaurs,” she said. “However, there are no skull characteristics that define birds; therefore, it could be a dinosaur or even something else.”

Writing in a linked editorial, Roger Benson from Oxford University’s Department of Earth Sciences said the discovery suggested that birds might have evolved miniature body sizes much earlier than thought.

“This indicates that, only shortly after their origins late in the Jurassic period (which lasted from about 201 million to 145 million years ago), birds had already attained their minimum body sizes,” he said.

And although it’s encased in amber, there’s no risk of scientists bringing it back to life, like a certain Steven Spielberg film.

“There are most certainly fragments of DNA preserved inside, but we’ll never reach ‘Jurassic Park,’” O’Connor said.