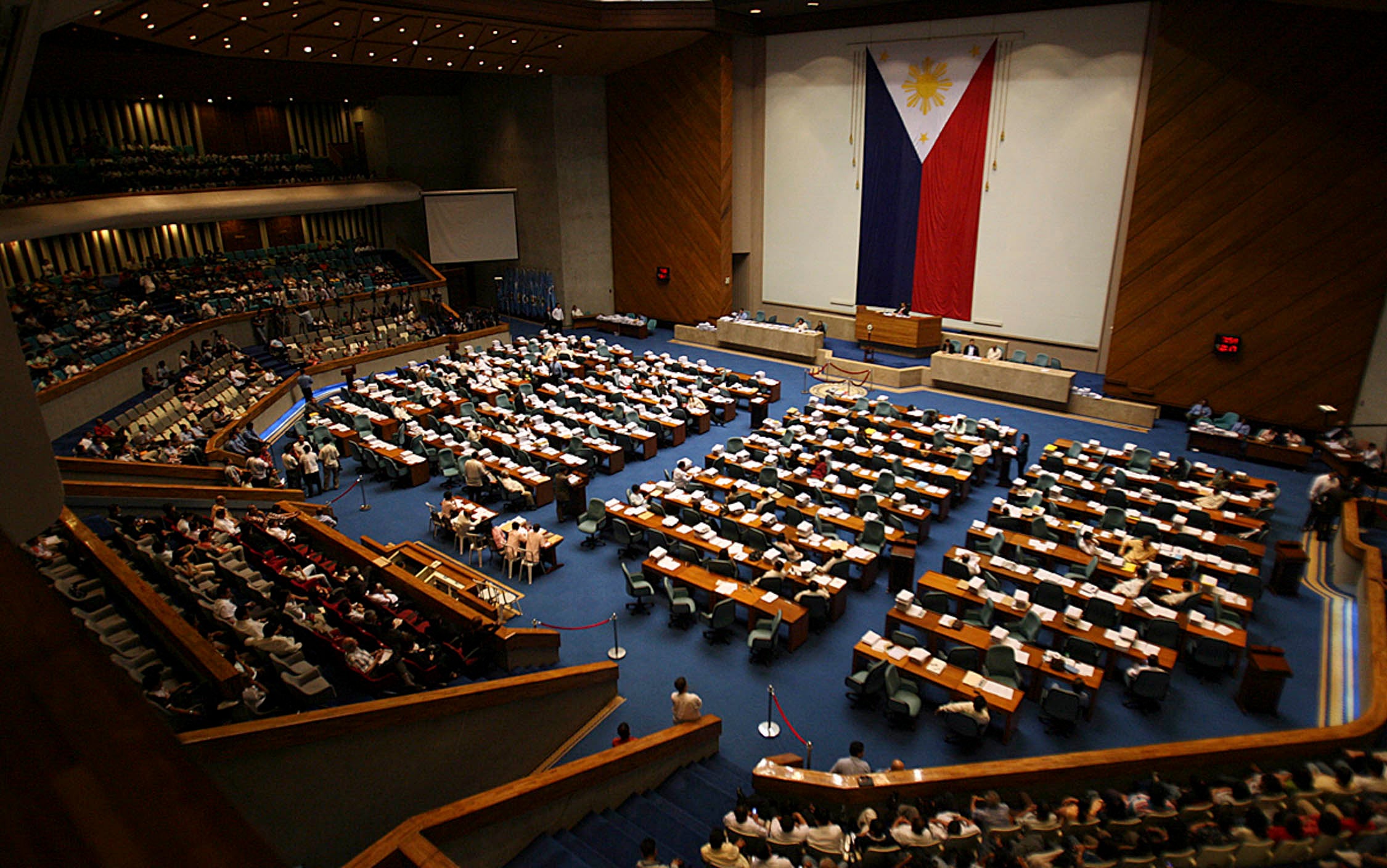 In its last session before the Lenten break, lawmakers approved, among others, House Bill No. 5832 which creates the  Department of Filipinos Overseas and Foreign Employment, as well as House Bill No. 59, which amends the Retail Trade Liberalization Act of 2000.

This, while the 11 bills seeking the renewal of franchise of ABS-CBN remain pending before the House committee on legislative franchises—the earliest of which, at least in the 18th Congress, was filed in July 2019.

So far, the committee on legislative franchises has only held one hearing—or meeting—to discuss the matter. But during this meeting, no one from ABS-CBN or from the opposition was invited.

Instead, the lawmakers decided to first draft the ground rules for the formal deliberations of the franchise renewal bid of ABS-CBN, which House Speaker Alan Peter Cayetano earlier deemed to be necessary so that the hearings would not be a “circus.”

Cayetano said he wanted the hearings to be organized, noting that there should be an order in terms of tackling the various issues covering the franchise bill such as the alleged violations of ABS-CBN to its franchise, among others.

What’s taking it so long?

On numerous occasions, Cayetano said there are “more urgent” measures than the ABS-CBN franchise renewal that are being prioritized by the lower chamber.

In February, Cayetano said the lower chamber might tackle ABS-CBN’s franchise in May or in August after President Rodrigo Duterte’s State of the Nation Address (Sona).

The House Speaker said that he would rather tackle the measures seeking the network’s franchise renewal continuously than have it cut by the lower chamber’s scheduled breaks.

“This is not a television series where it’s better if there are cliffhangers. If we hear this for two weeks and we run out of time because we will go on recess, or even if we go on recess and conduct hearings at that time, we cannot bring it to the plenary. Nothing will happen,” Cayetano said in Filipino.

Cayetano has also said that deliberations on the network’s franchise would be a “delicate balance” between press freedom and holding ABS-CBN accountable over its alleged violations.

“How do you hold ABS accountable for some perceived violations of the franchise? On the other hand, how do you protect press freedom? And what is a just ruling vis-à-vis ‘yung mga (on the) allegations?” the House Speaker said in another interview.

To recall, the Office of the Solicitor General (OSG) filed a quo warranto petition before the Supreme Court seeking to revoke the ABS-CBN’s license, citing “highly abusive practices” of the network.

ABS-CBN, however, has maintained that it did not violate any law governing its franchise and that it had secured all necessary approvals for its business operations.

What makes the call for the lower chamber to tackle the franchise renewal of ABS-CBN stronger is the approaching expiration of the network’s current franchise on May 4.

Many fear that ABS-CBN would shut down once its franchise expires while its bid for renewal remains hanging before the committee on legislative franchises.

Cayetano gave assurances that ABS-CBN would continue its operations even if its franchise expires since its franchise renewal bid is still pending in Congress.

At one point, the House Speaker even went on to say that he was willing to be jailed if anyone from ABS-CBN would be imprisoned for operating while hearings for its franchise renewal were ongoing in the lower chamber.

Citing precedence, Cayetano turned to the National Telecommunications Commission (NTC), saying that other broadcasting firms in the past have been issued provisional authority to operate while Congress has yet to act on bills seeking their franchise renewal.

On February 27, Cayetano and committee on legislative franchises chairman Palawan Rep. Franz Alvarez sent a letter to the NTC enjoining the commission to grant a provisional authority to operate to ABS-CBN effective on May 4, 2020, “until such time that the House of Representatives/Congress has made a decision on its application.”

The lawmaker pointed out that such provisional authority from NTC “can be challenged in court because it is not validated by jurisprudence,” citing Section 16 of Republic Act No. 7925 or the Public Telecommunications Policy Act of the Philippines.

This provision states that “no person shall commence or conduct the business of being a public telecommunications entity without first obtaining a franchise.

But during the meeting held by the committee on legislative franchises, the NTC said it will “likely” issue a provisional authority to ABS-CBN.

“The NTC will follow the latest advice of the DOJ (Department of Justice) and let ABS-CBN continue operations based on equity,” NTC Commissioner Gamaliel Cordoba said.

No pressure from Palace

Duterte has repeatedly said that he would block the franchise renewal of the network due to supposed “violations” committed by the media company.

At one point, Duterte even urged the Lopez family, the owner of the company, to just sell it off.

In February, Presidential spokesperson Salvador Panelo said that Duterte was seething with ABS-CBN’s failure to air his paid campaign advertisements during the 2016 election.

Further, Panelo also took note of the airing an anti-Duterte advertisement which paid by former Senator Antonio Trillanes IV who was then running as Vice President.

However, Panelo said that Duterte’s expression of “displeasure or disgust or anger” on ABS-CBN has nothing to do with the pending status of the network’s franchise renewal bid in the lower chamber.

“The President made utterances against ABS-CBN. He made certain statements like ‘I’ll shut down (ABS-CBN)’. But that’s not literal. He wants to shut down the fraudulent practices of your network,” Panelo said, partly in Filipino, in an interview on ABS-CBN News Channel.

Cayetano and several members of the committee on legislative franchises have denied any pressure from the Palace against acting on bills on ABS-CBN’s franchise renewal.

“I am not pressured by what the president wants. nor by media and supporters of ABS-CBN. The pressure is on how history will judge us,” Cayetano said in Filipino.

In a Senate hearing, ABS-CBN president and CEO Carlo Katigbak apologised to Duterte—an apology that was later accepted by the President.

Cayetano, meanwhile, has said that the House’s discussions on the franchise renewal of ABS-CBN should not be treated as a race, as he gave assurance the issue would be tackled with fairness.

Both the House and the Senate are now on its Lenten break which would last for nearly two months.

In a speech he delivered right before House adjourned its session on Wednesday night, Cayetano said that the lower chamber is willing to change the legislative calendar and hold special session during the break.

But ABS-CBN’s franchise renewal might not be on the table during this break as Cayetano has previously said that he wants to hold continuous hearings regarding the issue.