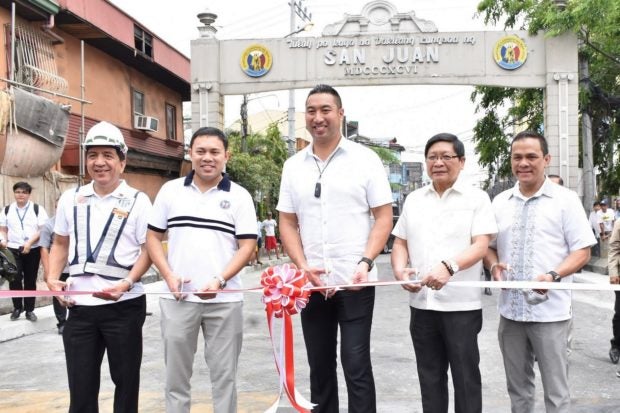 MANILA, Philippines —Motorists traveling between the cities of Manila and San Juan can now use the historic San Juan Bridge, which is also known as Pinaglabanan Bridge.

The bridge, which connects N. Domingo Street in San Juan City and Old Santa Mesa Road in Manila, was reopened to the public on Wednesday after a year-long closure to give way for the ongoing construction of Skyway Stage 3 Project.

According to Public Works and Highways Secretary Mark Villar, the new San Juan Bridge is constructed with a 1.5-meter sidewalk on both sides to cater to pedestrians crossing San Juan River.