UNITED NATIONS  — The United States won unanimous U.N. Security Council backing on Tuesday for the ambitious peace deal it signed with the Taliban aimed at ending the long war in Afghanistan and bringing U.S. troops home. 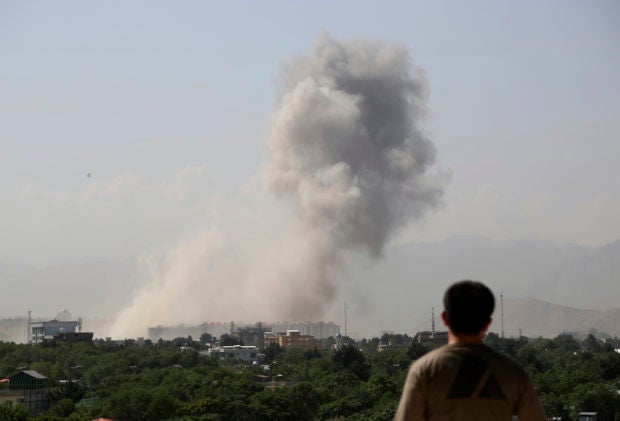 The U.S.-sponsored resolution “welcomes the significant steps towards ending the war and opening the door to intra-Afghan negotiations” enabled by the U.S.-Taliban joint declaration signed on Feb. 29.

The resolution also “welcomes the intention of all Afghan parties to pursue the successful negotiation of an inclusive political settlement and a permanent and comprehensive cease-fire.”

But Afghanistan’s rival leaders — President Ashraf Ghani and his former unity government partner Abdullah Abdullah — were each sworn in as the country’s new president in separate ceremonies on Monday, throwing plans for negotiations into chaos.

In addition, Marine Gen. Frank McKenzie, the top U.S. commander for the Middle East, told the House Armed Services Committee Tuesday that Taliban attacks are higher than allowed in the plan and that he will recommend against full withdrawal of American troops if that continues.

The U.S.-Taliban deal is supposed to be followed by intra-Afghan talks in which all factions including the Taliban would negotiate a road map for their country’s future.

The resolution affirms “that any political settlement must protect the rights of all Afghans, including women, youth and minorities.”

This language was an addition from the original draft sought by council members who want to ensure that women’s rights are protected, and the Taliban doesn’t return to its previous draconian measures, including barring girls from education and women from work.

The resolution expresses the council’s readiness to review sanctions on individuals and groups once intra-Afghan negotiations start “in order to support the peace process,” stressing that the Taliban’s actions in reducing violence and advancing talks will affect the review.